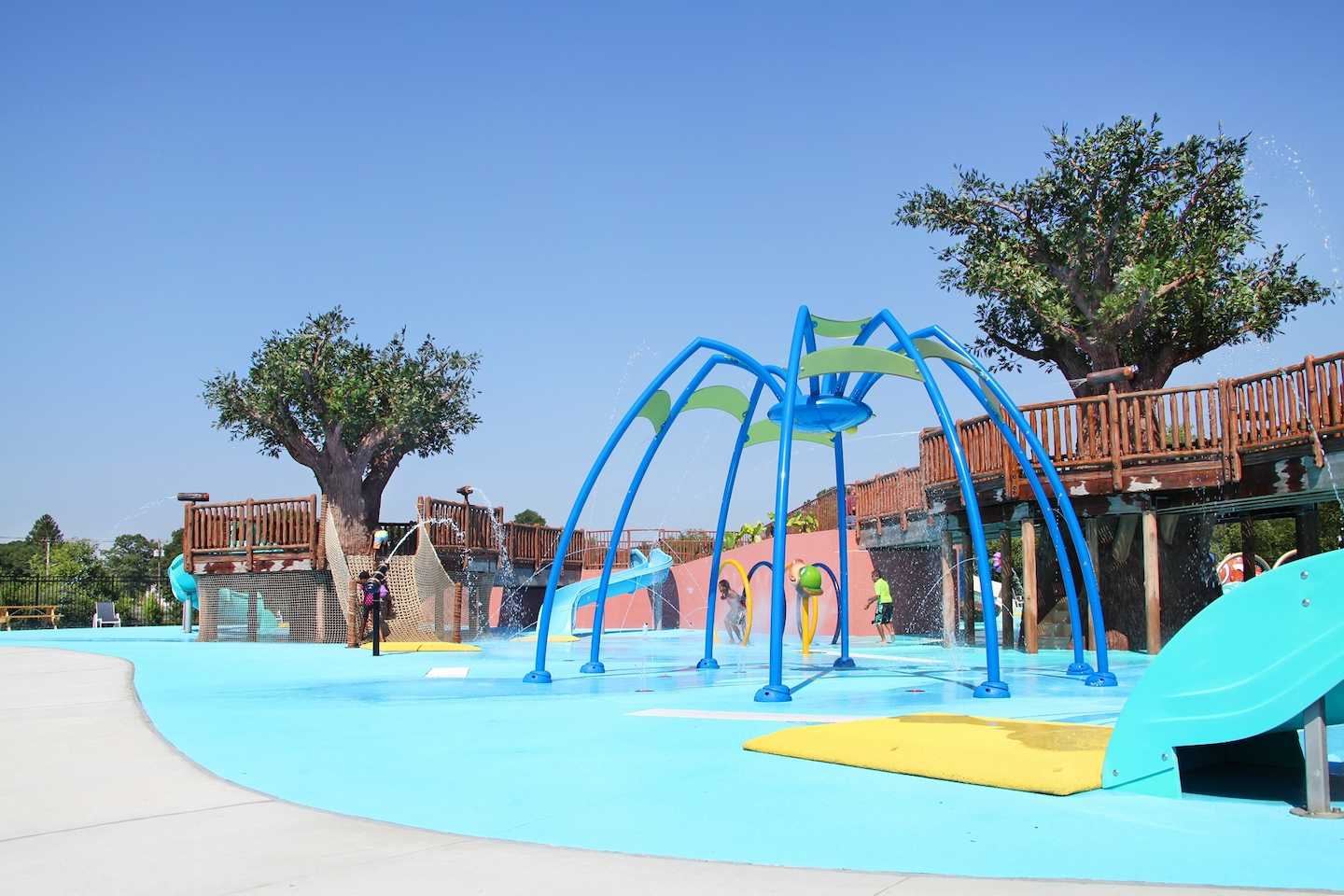 Hundreds gathered in Wyandanch, New York to hold an opening ceremony for a new water park.

Unlike other water parks, however, this one has a great deal of meaning to the community. 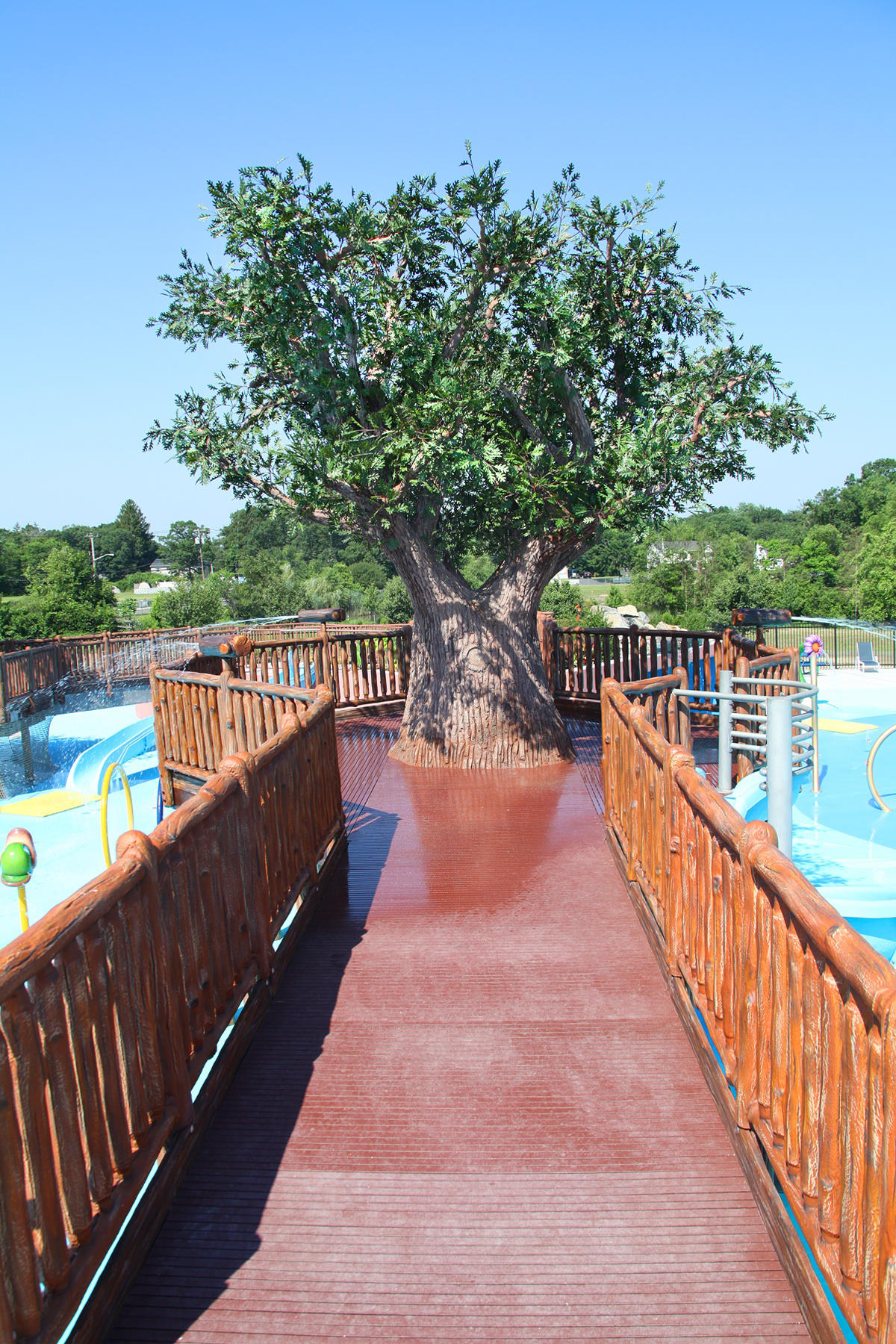 The 14,400-square-foot, $10-million spray playground is just one part of the Wyandanch Rising program, a $500-million initiative to revitalize the economically and socially depressed community in Wyandanch.

“The new, one-story, 2,500-square-foot pavilion with a 1,400-square-foot veranda houses a concession stand, a ticket window, an office, public bathrooms and a pump and filter room for the spray park,” says Stalco principal Kevin G. Harney in a release. “The building, located near a new, 94-car parking lot, serves as the main visitor comfort station for the entire Geiger Lake Memorial Park.”

The new park was funded through a variety of sources, including $5 million raised through a bond issue, a $4.1-million community development block grant from the U.S. Department of Housing and Urban Development and $1.3 million in other grant money.

The pavilion itself consists of a concrete slab-on-grade foundation with footings, concrete masonry unit (CMU) block walls and wooden roof trusses, which are connected to the walls with exposed steel brackets. 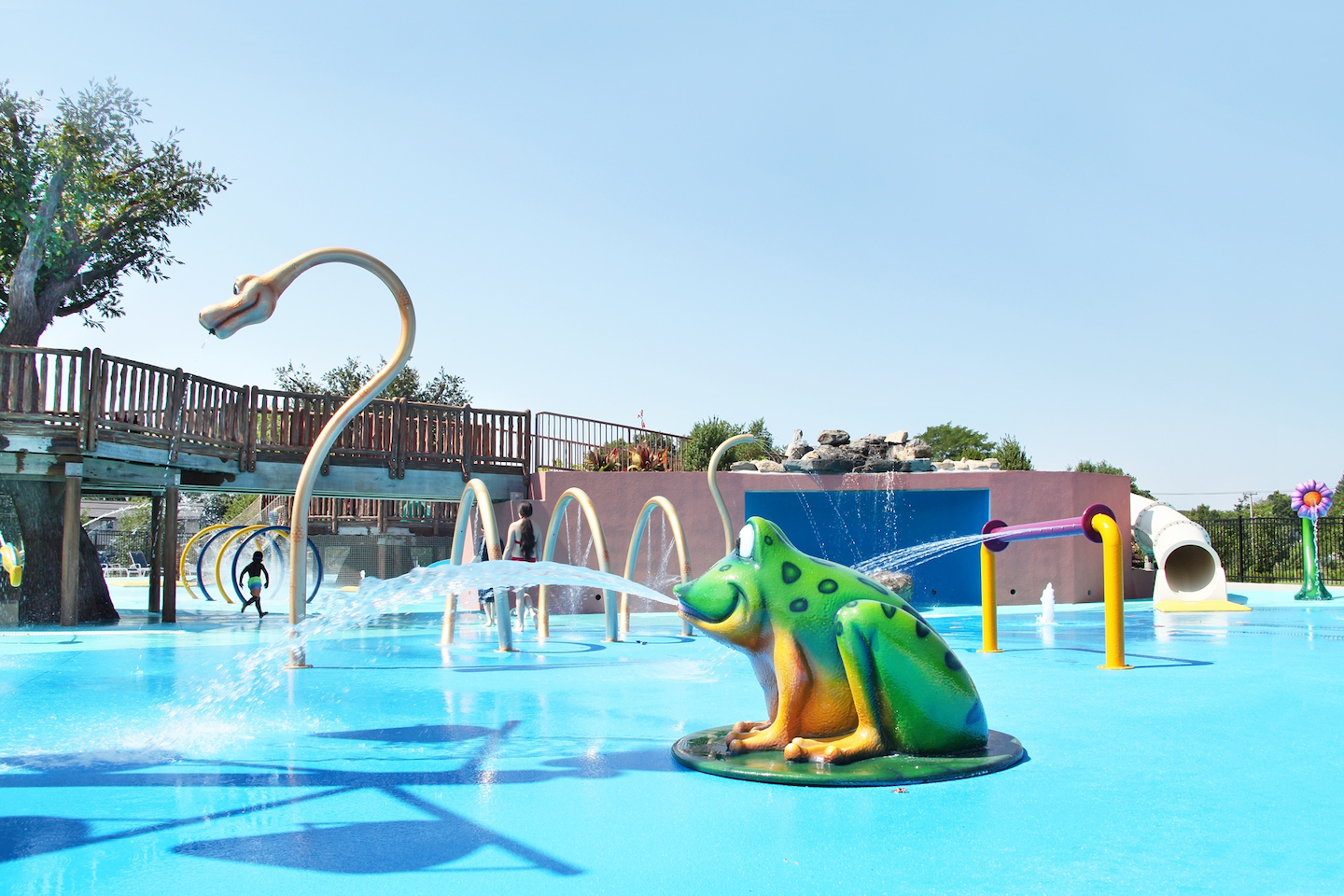 Because the water table level within the park is located 5 feet below the grade because of the Geiger Lake, a stormwater retention system could not be installed.

However, Sidney B. Bowne & Son’s engineers developed a drainage system built from basins, pipes and a few hundred feet of collection chambers in the park’s area, lawns and parking lot. The 30-inch-high chambers collect the stormwater and slowly dissipate it into the ground through crushed stone bases.

With a “Tree of Life” theme, two large artificial tree structures accent the park, which includes 100 feet of interconnected play bridge sections between the trees, according to engineer Brian Murrell.