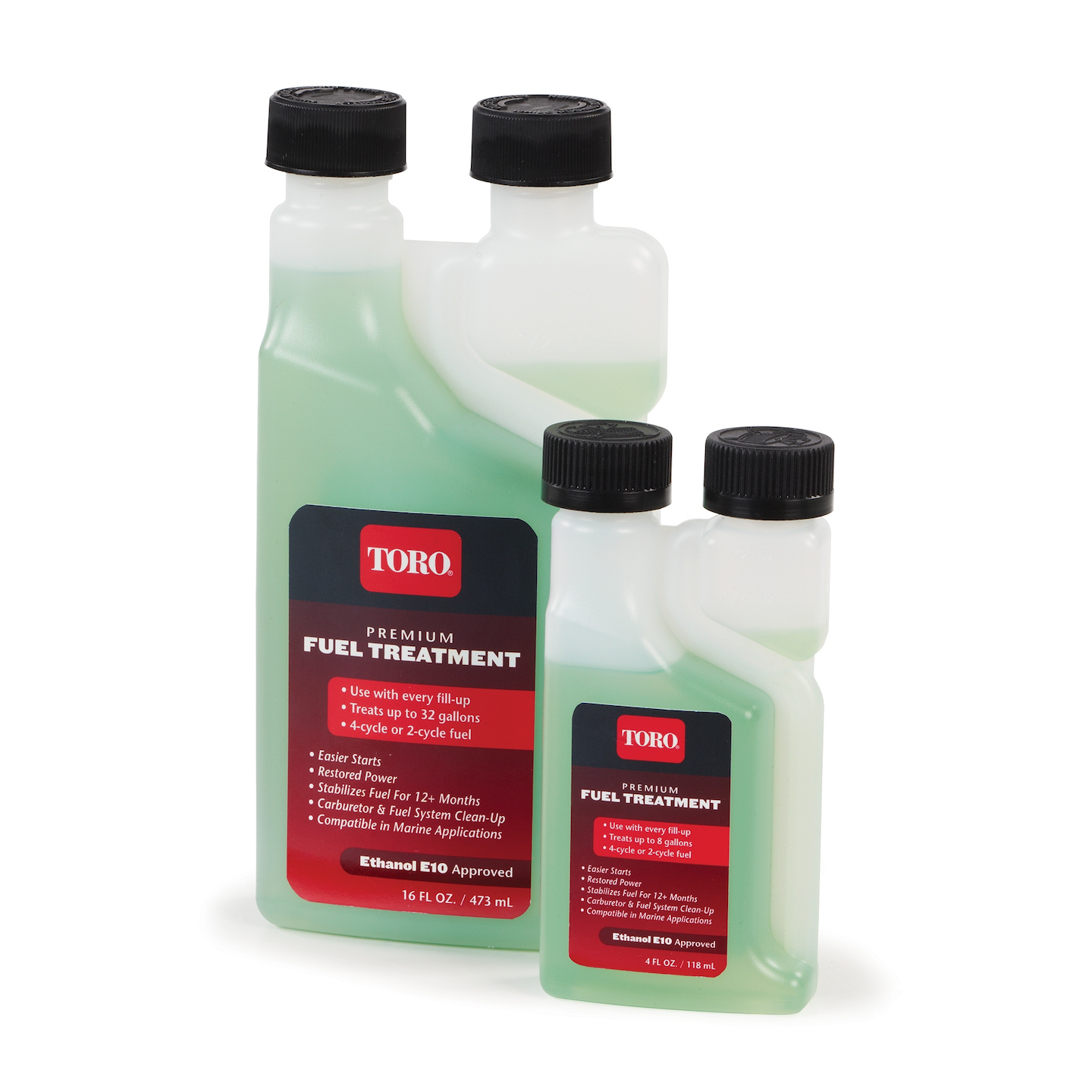 Keeping systems clean with the proper fuel is a popular topic among companies these days, including Toro.

The company has announced the availability of its Premium Fuel Treatment and has offered a few fuel facts.

At one ounce per two gallons of fuel, the treatment can keep fuel fresh for up to two years and is designed to protect fuel against water absorption.

The treatment formula has detergents that dissolve particulate deposits within the fuel system, keeps the intake valves clean, and coats and protects the carburetor.

A metal deactivator in the treatment protects components against rust, oxidation and other corrosion ethanol is known to accelerate.

When trying to pick the correct fuel to put in equipment, landscapers should know all of the facts.

Using fresh fuel (less than 30 days old) also prevents issues, according to Toro. The company says most carburetors and the gas tank are vented, preventing fuel from absorbing moisture over time.