Since the 2012 GIE+EXPO show, the numbers have not only doubled but also tripled for the Propane Education & Research Council’s (PERC) Incentive program.

“2013 has been an amazing year for the incentive program so far,” says Jeremy Wishart, Senior Programs Manager, PERC. “We’re at about 950 applications that have been approved and are being paid out. Compared to last year, we had about 200 at this time. It has certainly grown.”

In terms of ratios, Wishart says it’s about a 3 to 1 ratio of OEM units being applied for versus after market conversions.

Looking into 2014, the organization has plans to continue to push engine development.

“Right now, we’re in a 24-27 horsepower range, and we really want to attack both ends of that horsepower spectrum,” Wishart says. “We want to become more prevalent in some of the walk-behinds and stand-on models.”

PERC showcased its one-fuel solution for dealers and landscapers at GIE+EXPO in Louisville, Kentucky last week. 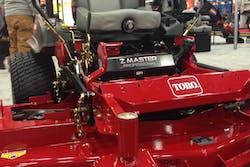 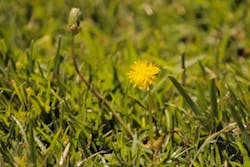 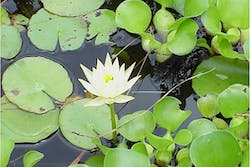 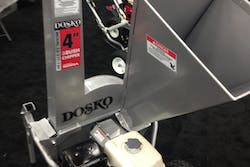