It’s obvious that aggregate is a necessary part of life. It’s used in homes, on roads, and in countless other applications. But one less obvious segment of the aggregates industry has been gaining traction in the United States, and it could be a saving grace for California homeowners and businesses this spring.

Natural stone, a niche in the aggregates industry, offers a landscaping option in the absence of grass during drought conditions.

Graniterock Monterey Bay Account Manager Robin Steudler, who works primarily in the company’s natural stone business, shared information about the material with attendees at the 2014 Inspired Home Expo, a home and garden show that took place March 8-9 in Monterey, California.

Steudler says the company focused on bringing attention to drought-resistant landscaping. That’s because the state of California is likely to face a drought in the coming months. “One thing we’ve faced… we haven’t gotten any rainfall,” Steudler says. “Our reservoirs are extremely low and mandatory water restrictions are coming in May.”

Steudler says landscaping will be one of the first areas in which residents and business will cut back on water use.

As a 15-year natural stone veteran, she has seen plenty of changes in the natural stone business. Steudler says the most prominent change has been the size of natural stone that most stone quarries produce. Unlike most aggregate, natural stone is measured by weight rather than size.

When natural stone first started gaining popularity in the 1980s, operators were dependent upon full-bed depth stone, which often weighed 30 to 40 pounds. But as houses grew in size and added multiple stories and fireplaces, engineering homes with the heavy stone proved to be too much work. Steudler says that about 12 years ago, quarries began producing a smaller version of the stone, known as thin veneer, that weighs 15 to 17 pounds — about half the size of the full-bed depth stone.

Steudler points out that the move from full-bed depth stone to thin veneer didn’t happen overnight. A product known as manufactured stone played the role of a “middle man” as she calls it.

“There was a period where people and architects started specifying what’s called manufactured stone, and back in the ‘80s there were pretty much one or two companies that were recognized throughout the United States that manufactured it,” Steudler says. “It was very popular because there was finally something on the marker that looked like stone, but it was very lightweight.

“From there, quarries started to recognize the fact that this kind of application was so popular, and that’s when the concept of thin veneer started to develop. There was kind of a middle man. There was a fake product that gained popularity.”

Now, natural stone is used for many aspects of interior design, including flooring, showers, fireplaces, wall veneer, and countertops, in addition to its use in landscaping. Though natural stone is primarily used in place of brick in private construction, it compliments aggregate production and is continually growing. Steudler predicts natural stone will continue to stick around for a long time.

“I started seeing a lot of stone in this region of the U.S. maybe 20-25 years ago, and it’s just gained in popularity since then,” Steudler says. “It’s never really reverted back to brick since the 1980s.” 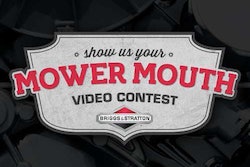 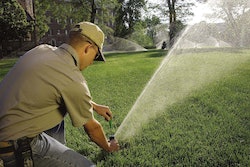 6 tips when prepping for summer irrigation 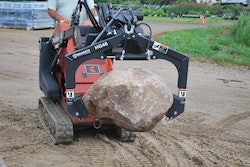 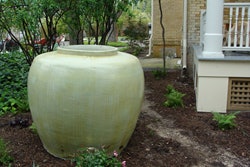