How to get more from social media

The social media hype is higher than ever. You’re constantly being told to tweet, post statuses, upload videos and share photos on a dozen different sites – but why? And how can you maximize your efforts to get the most return for your business?

There’s no magic bullet to social media success, although there are steps you can take to grow your online presence. To do that, you must first understand why people visit these sites.

“You’re dealing with an audience that doesn’t want to deal with you,” says Marlin Caddell, web developer and social media adviser for Randall-Reilly, TLC’s publisher. “They get on to read and see funny things.”

So, instead of trying to conduct business, be less formal and more personal. “Think of your page as an extension of you,” he says. “Facebook isn’t a press release or a business communication. Be a person who is talking directly to other people.”

Understanding how to interact on social media is only half of the task – then you need to turn followers into actual clients. “All of your engagement is trying to get people to trust you, your brand and to want to use you for their landscaping needs.”

If managed correctly, these sites can help you grow your client base and gain more exposure for your business. Here are tips, techniques and tools to achieve your company’s social media goals.

It’s easy to feel overwhelmed by all of the social media sites out there, but there are two main ones you should focus on in the beginning.

Facebook is the primary social media site, with Twitter coming in second. “If you focused on those two media channels, you would be covering the vast majority of your audience,” Caddell says. “It reaches all age groups, demographics and incomes – it’s all across the board.”

While there’s no charge to join these sites, there’s still a time component, so social media isn’t exactly free. But, it is a low-cost tool compared to other forms of marketing, such as newspapers and TV ads. And also unlike traditional media channels, these sites allow you interact with your audience. “They let you get directly to people and have them communicate with you,” Caddell says.

If you’re just getting started at first you won’t have any followers, so try to attract an audience from other places. Search on Twitter and Facebook for topics such as your city, landscaping, hardscape, lawn maintenance or any other service you offer. Including a hashtag (#) before the word(s) – such as #landscaping – will pull up people who are posting about that topic.

You can even find feeds or chats on Facebook and Twitter to chime in on. Start commenting on other people’s sites to expand your audience reach. “To break into it, you have to get into other conversations,” Caddell says.

Also, reach out to your current clients, and suggest they follow you on social media if they are happy with your work. To take that a step further, ask customers if you can share their testimonials and then post what they say along with photos from their projects.

“Let your clients talk about your product, so it isn’t a heavy pitch,” Caddell explains. “The testimonial is one of the best ways to put yourself out there. It’s not you saying, ‘We’re the best.’ It’s other people saying you’re actually good.”

However, don’t expect clients to do this automatically – you have to get the process started. Mark Halla, one of TLC’s 2014 Landscaper of the Year finalists and owner of The Mustard Seed Landscaping & Garden Centers, installed iPads in one of his garden centers where customers can like the company’s Facebook page to be entered to win prizes.

Not only do they add their customers as followers, but they also get their page in front of a larger audience. “This helps us reach these people’s friends,” Halla says. “What a great way to capture all of those email addresses – it’s a good marketing tool.” In less than a year, they added about 2,200 new Facebook “likes.”

All of this takes time – so don’t get frustrated if the results aren’t what you expected. “You have to think about social media like a relationship. It’s not just constantly taking,” Caddell explains. “There’s just as much giving as taking.”

So what should you be sharing? Provide entertainment and informational value, instead of trying to pitch or sell people on your services. “People get on there to see pics of friends and funny stories,” he says. “You don’t have to post photos of cats, but you need to engage the audience.”

For example, post a photo of a patio you just installed and write, “Here’s my latest project.” You can also post photos throughout the project to demonstrate your services and keep people updated on your work. Another type of post that works is introducing your staff with bios and photos.

“At first, just show you’re a knowledgeable person and good company,” he says. “Be more human than you would normally be – don’t be like, ‘I’m a business, buy services from me.’”

Instead, show followers you want to earn their business. You can do this by offering deals, coupons or showing off your project photos.

Once you’ve built that relationship with followers, slowly take it a step further with posts like this: “You’ve seen our testimonials and project photos. Now, if you ever have a landscaping need, I’d love to earn your business. Let me know if you have questions or want a job quote.”

It’s also important to remain consistent with your message delivery on all of your sites, making sure you are staying true to your brand, says Steven Cohen, landscape-snow industry consultant with GreenMark Consulting Group in Richmond, Virginia.

“A successful landscape company understands its competitive essence,” Cohen says. “Deliver your message with a value proposition to attract attention.”

As your following grows, it’s just a matter of time until you get a not-so-nice comment. But, if handled correctly, you can turn this into something positive for your business.

Instead of letting your emotions drive your response, explain how and why you did a project that way in a respectful tone.

“It gives you a chance to show the company listens and that you know what you’re doing,” Caddell says.

Try not to delete comments, unless they are offensive. If a customer has a bad experience with your business, fix it on Facebook where everyone can see the resolution. 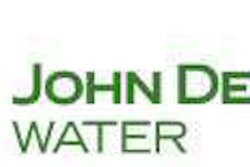 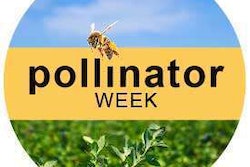 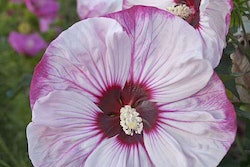