The American Society of Landscape Architects (ASLA) has announced its 2014 Honor recipients.

The recipients were selected by ASLA’s Board of Trustees and represent the highest awards ASLA presents each year.

The honors will be presented at the President’s Dinner on Nov. 24, held during the 2014 ASLA Annual Meeting & Expo from Nov. 15-18 in Denver, Colorado.

ASLA Medal: Richard Bell, FASLA
Richard Bell, FASLA, will receive the ASLA Medal, the Society’s highest award for a landscape architect. Through his practice, Bell expanded the reach of modernism in landscape architecture to the Southeast, and he brought an entire generation of young people into practice. A founder of Bell Glazener Design Group in Raleigh, North Carolina, he has designed more than 2,000 projects during his career and received many awards and accolades for his work.  His influence is still felt across the state and region by both the profession and the public who experience his landscapes on a daily basis.

ASLA Design Medal: Andrea Cochran, FASLA
Andrea Cochran, FASLA, will receive the ASLA Design Medal in recognition of her exceptional design work. Cochran is the founder of Andrea Cochran Landscape Architecture in San Francisco. Her work integrates the fields of landscape, art, and architecture and is internationally recognized for its simplicity and timelessness. Cochran designs projects for private, commercial, and institutional clients, and recently received a national award for an affordable housing project. Her projects exhibit refined modernism, attention to detail, and fineness of proportion.

Jot D. Carpenter Teaching Medal: William Tishler, FASLA
William Tishler, FASLA, will receive the Jot D. Carpenter Teaching Medal. The award recognizes significant and sustained excellence in landscape architecture education. For over 36 years, Tishler, a professor emeritus at the University of Wisconsin-Madison, has been a highly valued instructor and scholar. His finely crafted and reflective lectures helped his students develop a strong appreciation for landscape history and cultural landscapes as well as for the landscape architecture profession. He also documented the work of early Midwestern pioneers in landscape architecture, including Robert Morris Copeland, Horace William Shaler Cleveland, and Jens Jensen.

LaGasse Medal – Landscape Architect: Ramiro Villalvazo, ASLA
Ramiro Villalvazo, ASLA, will receive the LaGasse Medal for contributions to the management and conservation of natural resources and public landscapes. Villalvalzo’s prestigious career with the U.S. Forest Service spans four decades. His most recent assignments—including serving as the Forest Service’s chief landscape architect, the forest supervisor for the Eldorado National Forest, and the director of public services for the Pacific Southwest Region—are most noteworthy. He has sought to advance the public’s understanding of the value of public lands and has utilized his training as a landscape architect to improve our nation’s public resources.

LaGasse Medal – Non-Landscape Architect: Will Rogers
Will Rogers will receive the LaGasse Medal for contributions to the management and conservation of natural resources and public landscapes. Rogers, the president and CEO of the Trust for Public Land, has made long-term contributions to the preservation of natural resources and creation of public landscapes. Under his leadership, the organization has preserved 2.26 million acres of open space and worked on 287 parks and playgrounds. Rogers also directed the organization’s creation of ParkScore, a statistical vehicle to measure the success of the nation’s largest cities in providing close-to-home parks.

Olmsted Medal: Adrian Benepe, Hon. ASLA
Adrian Benepe, Hon. ASLA, will receive the Olmsted Medal. The award recognizes individuals, organizations, agencies, or programs outside the profession of landscape architecture for environmental leadership, vision, and stewardship. As the New York City Parks Commissioner, he left a legacy that transformed the city, creating 800 acres of new parks during his tenure.  Currently, he serves as senior vice president and director of city park development for the Trust for Public Land and is one of the nation’s foremost experts on public-space development and management.

Community Service Award: William Flournoy, FASLA
William Flournoy, FASLA, will receive the Community Service Award for providing sustained, pro bono service demonstrating the sound principles or values of landscape architecture. For more than 40 years, Flournoy has provided immeasurable service to the Raleigh, North Carolina, community and beyond for his work with greenways. Because of his strategic and consistent commitment to community service.  Raleigh now has 4,000 acres of greenway corridors and 130 miles of paved trails. This continuous and interconnected system now integrates with the systems of multiple municipalities across four adjoining counties to constitute a growing regional network.

Honorary membership is among the highest honors ASLA may bestow upon non-landscape architects in recognition of notable service to the profession. Since its inception in 1899, ASLA has inducted only 162 honorary members.

Mary Alice Lee, Trust for Public Land
Mary Alice Lee’s career has been dedicated to promoting positive change in the urban environment, and she has always worked closely with landscape architects to achieve and enhance this goal. As program director for the City Spaces Program at the Trust for Public Land since 2002, Lee is responsible for a program that has provided playgrounds for 385,000 students and their families in New York City. Each playground is designed to capture up to one inch of stormwater when it rains, thereby easing pressure on the city’s sewer system and improving the health of local waterways.

Holly Leicht, U.S. Department of Housing and Urban Development
Holly Leicht, the U.S. Department of Housing and Urban Development director for New York and New Jersey, plays a leading role in the federal government’s ongoing Hurricane Sandy recovery efforts. Leicht is a strong advocate for landscape architectural and urban design issues. As the former executive director of New Yorkers for Parks, she has demonstrated a clear passion for creating open space for all people and preserving the quality of life that parks and public spaces provide in the urban environment.

Arleyn Levee
Arleyn Levee is the foremost preservation consultant specializing in the work of the Olmsted firm and is an authority on John Charles Olmsted. Her work has led to a greater understanding of the firm’s century-long existence. She helped found the Massachusetts Association of Olmsted Parks, which was the pre-cursor and model for the National Association for Olmsted Parks (NAOP). Her background in residential landscape design, as well as in landscape history, has enriched her work as a historical consultant for numerous landscape rehabilitation projects.

U.S. Representative Tom Petri, Wisconsin
Congressman Tom Petri has a strong track record of supporting transportation issues important to millions of Americans across the country. As the chairman of the House Subcommittee on Highways and Transit of the Transportation and Infrastructure Committee, Petri has been a long-time supporter of active transportation programs, including the Transportation Enhancements (currently Transportation Alternatives Program), Safe Routes to School, and particularly the Recreational Trails programs. He is also a strong supporter of legislative and funding initiatives that advance parks and recreation.

U.S. Representative David Price, North Carolina
Congressman David Price has been a long-time champion of land conservation and his actions have benefited not only his district, but the state and nation as well. As a member of the Transportation, Housing, and Urban Development Appropriations Subcommittee, Price has been an ardent supporter of active transportation, green infrastructure, and urban parks legislation. He has also been a strong supporter of the Land and Water Conservation Fund though his position on the House Appropriations Committee.

Kerry St. Pé, Barataria-Terrebonne National Estuary Program
Throughout his career, Kerry St. Pé has worked to protect significant Louisiana landscapes and to educate the public about the region’s fragile ecosystem. St. Pé is the executive director of the Barataria-Terrebonne National Estuary Program (BTNEP), a nationally recognized effort dedicated to preserving and restoring the 4.2 million-acre area between the Mississippi and Atchafalaya Rivers in Southeast Louisiana. Under his leadership, BTNEP has mounted an aggressive outreach and education campaign and actively engages the public through volunteer efforts. 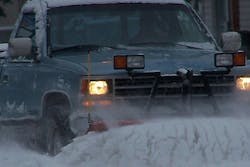 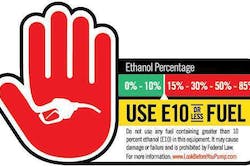 NMMA to Promote OPEI’s ‘Look Before You Pump’ Campaign 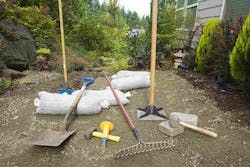 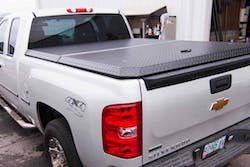