It’s not every day a company gets to celebrate the anniversary of unearthing a dinosaur’s fossilized skeleton.

Atlas Copco is celebrating the 30th anniversary of having its company named after the dinosaur it helped find with its own equipment.

“Not every company has a dinosaur species named after it,” says Sofie Gielen, Atlas Copco’s marketing communications director, in commemorating the 30th anniversary of the discovery of Atlascopcosaurus. “Three decades later, we’re still extremely proud of the fact that our equipment helped unearth the fossilized skeleton of Atlascopcosaurus so it could be shared with the entire world.”

Atlascopcosaurus was an estimated 6.5- to 13-feet long and weighed 276 pounds. The dinosaur belonged to the Hypsilophodontidae family and lived during the early Cretaceous Period. Scientists infer that it was a small, bipedal herbivore that would have foraged for its food and stayed out of the way of larger, carnivorous predators.

Thomas Rich, a paleontologist from the Museum of Victoria, Australia, and Patricia Vickers-Rich from Monash University, Melbourne, discovered Atlascopcosaurus at Dinosaur Cove, a fossil-rich area on the southeast coast of Australia, close to Victoria.

Ultimately, the excavation revealed Atlascopcosaurus loadsi. The specific name loadsi refers to Bill Loads, Atlas Copco’s manager in Victoria who made the decision to support the project.

When Rich and Vickers-Rich named the fossil in 1989, they looked to the company whose equipment was so instrumental in the success of the dig.

Rich said he was grateful for the support Atlas Copco provided and impressed with the reliability of the equipment.

“It was because of that record of reliability that, in 2007, I insisted on using Atlas Copco equipment during a dinosaur excavation from permafrost in a tunnel on the North Slope of Alaska.” 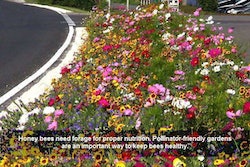 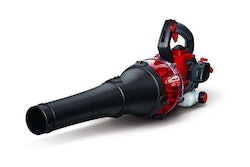 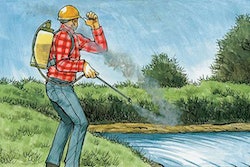 How to prevent injury from pesticide spray drift 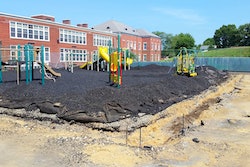