One of the more exciting announcements when GM unveiled the 2015 Chevrolet Colorado one year ago, was that the completely redesigned midsize pickup would be getting a diesel option for the 2016 model year. And now the automaker has taken the wraps off a concept truck that puts that 2.8-liter Duramax diesel to a surprising use.

While the appeal of that engine to most would be fuel economy, Chevy has made it the heart of a concept Colorado built for off-roading.

The Colorado ZR2 concept definitely looks like the current 2014 model at first glance, but look a bit longer and you’ll notice a wider body and new front and rear end designs. You might remember that ZR2 moniker from the discontinued S-10 midsize truck and Blazer SUV. It was an available package on the S-10 between 1994 and 2003 and on the S-Series Blazer between 1996 and 2005.

Featuring a design Chevy says is inspired by “competition-style vehicles such as pre-runners,” the body of the ZR2 is 4 inches wider than the Colorado currently rolling off the assembly line, has larger wheel flares to accommodate off-road tires, and the new front and rear ends are designed to reduce overhang with greater approach and departure angles of 30.7 and 22.7 degrees, respectively. By comparison, today’s Colorado equipped with Chevy’s Z71 package has angles of 25 and 21 degrees. The truck boasts a 2-inch lift and built-in skid plates along with flip-out aluminum tow hooks on both the front and rear with a built-in winch on the front.

Chevy cites the 2.8L Duramax’s power as the reason it’s included on this off-roading concept. The engine pushes 181 horsepower and 369 foot-pounds of torque. Though, we’d wager it’s more of a friendly reminder that the option will be available across the lineup later in 2015. After all, Chevrolet says it will be paying attention to customer feedback on this truck’s design as potential upgrades to the Colorado lineup.

In terms of equipment, the ZR2 features King mono-tube coil-over shock absorbers with remote-mounted fluid reservoirs. The truck features electronic-locking front and rear differentials and 18-inch aluminum wheels with black and orange accents. A spare wheel and tire is mounted in the bed of the truck with a quick-release handle along with a 48-inch Hi-Lift jack. 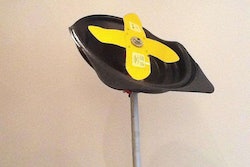 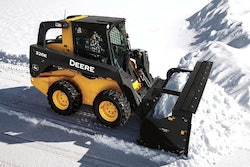 How to winterize compact loaders 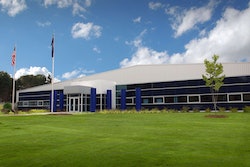 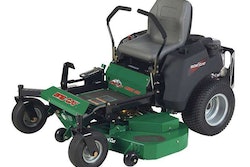