For Tim O’Donnell and his team, it’s all about exceeding expectations, from brushing snow off vehicles for customers at a senior living center to installing stunning landscape features.

Tim, owner of T. O’Donnell Landscaping in West Seneca, New York, has been in the industry for more than three decades and has grown his business to more than $1.6 million in annual revenue.

Just as impressive as his projects is the company’s structure. His brother, Thom O’Donnell, brings his business savvy and corporate experience to the table, really putting them ahead of their competition.

“For two brothers from South Buffalo, this company is beginning to make our dreams a reality,” Tim says.

From his focus on client relationships to expanding the company’s list of services, it’s easy to see why Tim is a 2015 Landscaper of the Year Finalist.

It’s all about the people for Tim and Thom, including clients and their 28 employees.

“What makes us a successful landscape company is our commitment to our customers,” Tim says.

“Our No. 1 core value is customer service,” Thom adds.

Another part of meeting clients’ needs is taking on a range of projects.

“We like to describe ourselves as a ‘big little guy,’ meaning we have the depth and capacity to complete jobs in the six-figure range, while still happily installing landscapes for less than $2,500,” Tim says. “Regardless of the size of the job, we approach each and every one with the same level of uncompromised excellence.

“From our staff to our equipment, we strive to deliver a product to our customers that they simply cannot find with any of our competitors.”

“Without a team of dedicated professionals, we would never be able to turn our belief of providing a superior service into a reality,” Tim says.

When talking about his employees’ loyalty to him and the business, he gets a little choked up. “We want to make them excited about the work they’ve done,” Tim adds.

To show his employees he cares and appreciates everything they do, he works to create a good culture and office environment. In addition to providing them with 401(k) packages and health care, he has also added a foosball table and couches to create a game room at the office.

Another way he finds and keeps the best is by paying good wages. Tim says he’s willing to pay a premium for employees if it’s justified by their attitude and skillset. Crewmembers are the people that T. O’Donnell Landscaping’s clients see each day, so it’s important they represent the company well.

“We understand that ultimately, the work performed by our installation/maintenance crews and the interaction between them and our customers will leave the longest impression,” Tim says. “So employing and retaining a crew that represents our company as well as they do has been crucial to our success.”

He also has an impressive design team and office staff that give clients a personalized experience.

Throughout the years, Tim has learned he can rely on the people around him.

The company had a real turning point more than a decade ago when Tim had several knee surgeries. He wasn’t able to be out in the field every day, so he had to really trust his team.

After seeing how well they handled everything, Tim says they convinced him he didn’t have to wear all of the hats. Now, Tim is able to go out in the field, which is something he enjoys doing. But, he now knows it’s not a necessity. “I love my job,” he says. “It’s a real team effort.”

Not only do his employees help ease Tim’s mind, but they also promote the company through their work and by building relationships with clients.

“Every person in the company is part of marketing,” Tim says. They also advertise the business with logos on their trucks and employees’ shirts. “We’re always looking for ways to be more profitable with marketing,” he adds.

Once leads come in, it’s important for them to qualify them. “It has to be a good fit,” says Tim, who focuses on high-end projects.

They continue this group mindset through their succession strategy. They have a plan for every position – not just Tim and Thom’s roles. “Our leaders train others in the company so that one day they could take over that job,” Thom says.

The company has experienced a good deal of success, but it hasn’t come without some hurdles.

With the harsh Buffalo winters limiting their season to about seven workable months, Tim developed a snow and ice management service to give the employees work year-round.

“The dreaded ‘dead zone’ from mid-October until early April is a time when landscape companies can lose their top employees to other work and struggle to entice them back in the spring,” Tim explains. “This move has allowed for us to retain the majority of our installation personnel from year to year, and more importantly, it makes our company more of a viable career choice for our employees.”

They also use their snow and ice services to extend what they can offer clients, while keeping a focus on safety. “We have 83 snow removal clients with no slip falls or complaints.”

Tim makes giving back to the community a priority. They budget a few thousand each year for donations and various charity events, including planting more than 5,000 botanicals annually throughout the Western New York region.

“We are regular participants in charity garden competitions and other community beautification efforts,” Tim says.

They also give local high school and college students paid seasonal internships. Tim says student athletes have a good work ethic and can handle the physical demands of the jobsites, which makes them great team members.

Like other landscape companies, there have been ups and downs. But, Tim says he’s enjoyed the journey.

“I don’t know if we could have done things differently,” Thom says. “At the end of the day, we don’t look at where we’ve been – we look at where we are going. I want the company to be the best in the industry.” 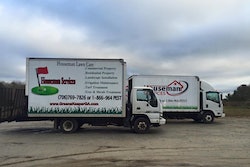 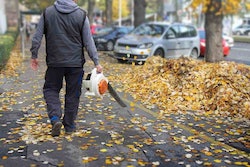 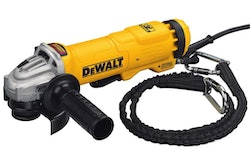 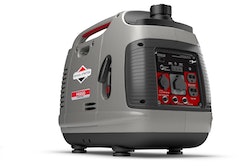