Like many successful landscapers, Robert Velazquez started out mowing lawns in the summer as a teenager. After joining the Marine Corps Reserve, however, it wasn’t long before he began tapping his military training and motivation to transform that part-time job into a growing business of his own.

Semper Fi Land Services and Preservation has come a long way since then.

Velazquez enlisted in 2003. When he returned from training, he was eager to have a trade. He picked back up with the company he was working with before and also worked at Home Depot. A co-worker in the lawn and garden department at the big-box store knew Velazquez did landscaping, so when a customer asked her if she knew any landscapers, she passed on Velazquez’ contact information.

“When I got back (from Marine Corps training),” he says, “I was thinking about a lot of things – you know, what I wanted to do – but, again, this opportunity came along and it seemed like it was going to work.”

Although he had no tools of his own, Velazquez was able to borrow his father’s tools and van to complete the job that came through his co-worker at Home Depot.

He was on his way. Later that same year, he bought his first dump truck, a 1986 GMC model. By 2005, he had a truck, trailer, mowers and other small pieces of equipment.

“I did mostly mowing, little filler jobs here and there, whether it was trimming the bushes or mulching,” Velazquez says.

In 2006, the landscaping business had to be put on hold as Velazquez was deployed to Iraq for a year.

“All the customers I had built up in 2004 and 2005, I sent them a letter just saying, ‘Hey, I’m going away and I’ll be back in a year.’” When he returned, he sent them another letter to let them know he was back, “and the majority of them came back and even some of them I have to this day.”

Semper Fi worked mainly in the residential sector for a number of years. In 2009 and 2010, the company began to experience significant growth. It was about this time that fellow Marine and Velazquez’ mentor, Mike Saltijeral, who owns a fencing company in Chicago, introduced Velazquez to federal certifications as a disadvantaged business enterprise.

By 2012, Velazquez had his company certified as a veteran, minority and disadvantaged owned business enterprise – certifications that helped open the door to federal, state and local municipal projects.

Semper Fi has completed soil restoration projects for the federal government, and worked with the Illinois Tollway installing 1,300 trees and 5,000 shrubs along a six-mile stretch of newly constructed highway.

In 2015, the company rebranded itself from Semper Fi Yard Service to Semper Fi Land Services and Preservation.

“As we grew, Semper Fi Yard Service seemed more like a smaller lawn mowing company than Semper Fi Land Services and Preservation, so as we started getting into the bigger contracts and bigger work, we just wanted to have a new image,” he says, “so we rebranded.”

One of the cornerstones of Semper Fi’s success is the value its owner places in building relationships with others.

Velazquez didn’t know much about the business when he got started, but he avoided foolish mistakes by not being afraid to ask experienced landscapers questions. In turn, he is always willing to help out someone in the industry who has questions.

“I keep in touch with other landscapers,” he says. “It’s wasted energy to maintain enmity.”

Because all commercial and municipal projects are put out for bid, the company has to be the lowest, most responsible choice. Still, by forming relationships with the engineers on competitively bid projects, Semper Fi has been contacted by some of them afterward about private jobs on a similar scale.

When looking for new workers, Velazquez always turns to his core team of employees for suggestions before seeking out a new hire.

For landscapers just starting out who want to take on larger jobs such as commercial and municipal work, Velazquez stresses the need to have a good relationship with your banker and your insurance company.

“You need bonding and without that funding, you have no job,” he says.

He enjoys going to networking events and talking with other companies’ managers. Often, it’s there that he learns of up and coming jobs with the Illinois Tollway.

“I went to a veteran forum in Aurora,” Velazquez recalled, “and we learned about the new tax incentives. We ended up getting a tax break because I picked up this piece of paper on a table.” Staying involved in such activities has always helped his business, he says.

Velazquez named family as one of his keys to success and it’s no surprise, as three of his family members work at Semper Fi. His middle sister, Tina Velazquez, works in the office. His oldest sister, Frances Ramirez, originally worked at a bank and simply helped Velazquez in the evening with the books.

“I finally just said, ‘Hey, you want to quit your job?’” he says. Ramirez now works full time handling the finances for her brother’s business.

“He is really good with relationships with the guys and communicates well with people,” Velazquez says of his father. “He’s always just trying to make things better.”

Once a Marine, always a Marine

From the name of the company to the way he handles little details, Velazquez points to his military training to explain why his business is different.

“There isn’t an, ‘Oh I can’t,’” he says. “No, you stop, you think, you assess the situation, you adapt and then you overcome. There isn’t really anything you cannot accomplish.”

The determination and drive that was instilled in him causes Velazquez to pay attention to detail – from his shop to his trucks to the job sites. He makes sure his employees keep their sites clean.

“Appearance is everything,” he says. “We try to do our best to keep our trucks clean and uniforms, because there’s always someone saying, ‘Hey, I see your trucks everywhere.’”

Semper Fi often gets calls from veterans and military families who notice the name. The company currently employs two other Marine veterans.

Velazquez offers discounted rates for veterans and has a program in which the company will adopt a veteran and take care of all their lawn maintenance for a year.

However, Velazquez doesn’t just give back to veterans. He has completed many landscaping jobs for local churches free of charge and has dedicated his weekends to teaching Boy Scouts how to lay brick pavers.

He has a strong belief in giving back to the community and also sponsors a few baseball teams.

“They support us,” he says of the communities, “so we support them. It’s just the right thing to do.”

Velazquez has no favorite type of landscaping market, saying that if he didn’t like one of them, he probably wouldn’t offer it as a service.

He hopes to work more with the federal government through the Army Corps of Engineers and the Environmental Protection Agency. He is also interested in more contract work with the Illinois Tollway.

“I’d love to do more work with the Tollway,” he says. “It’s been a great experience.”

Although he thought he’d be ready to stop growing when Semper Fi reached its current size of 30-plus employees, Velazquez found he still wasn’t ready to stop. He estimates having 50 employees will be his next goal.

“I like being my own boss and being able to employ 30-plus people,” he says. “It’s a big responsibility and sometimes it’s very stressful if you let it get to you; but, in all of that, you’re responsible for these people not only as individuals, but their families too. It’s a pretty good feeling.”

Serving much of the area west of Chicago, Velazquez doesn’t limit himself by setting a specific work radius, having done jobs as far as Waukegan, Illinois, and Gary, Indiana. Depending on the type of work and the income it would generate, he says they are willing to travel.

“I just want to have steady, controlled growth,” he says. “My goal is to seek out the opportunities that best fit us and what we do.” 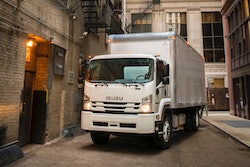 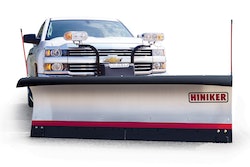 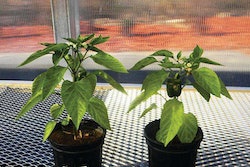 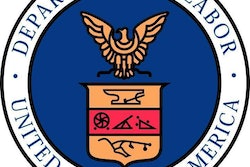 New overtime rule will be topic of Labor Department webinar