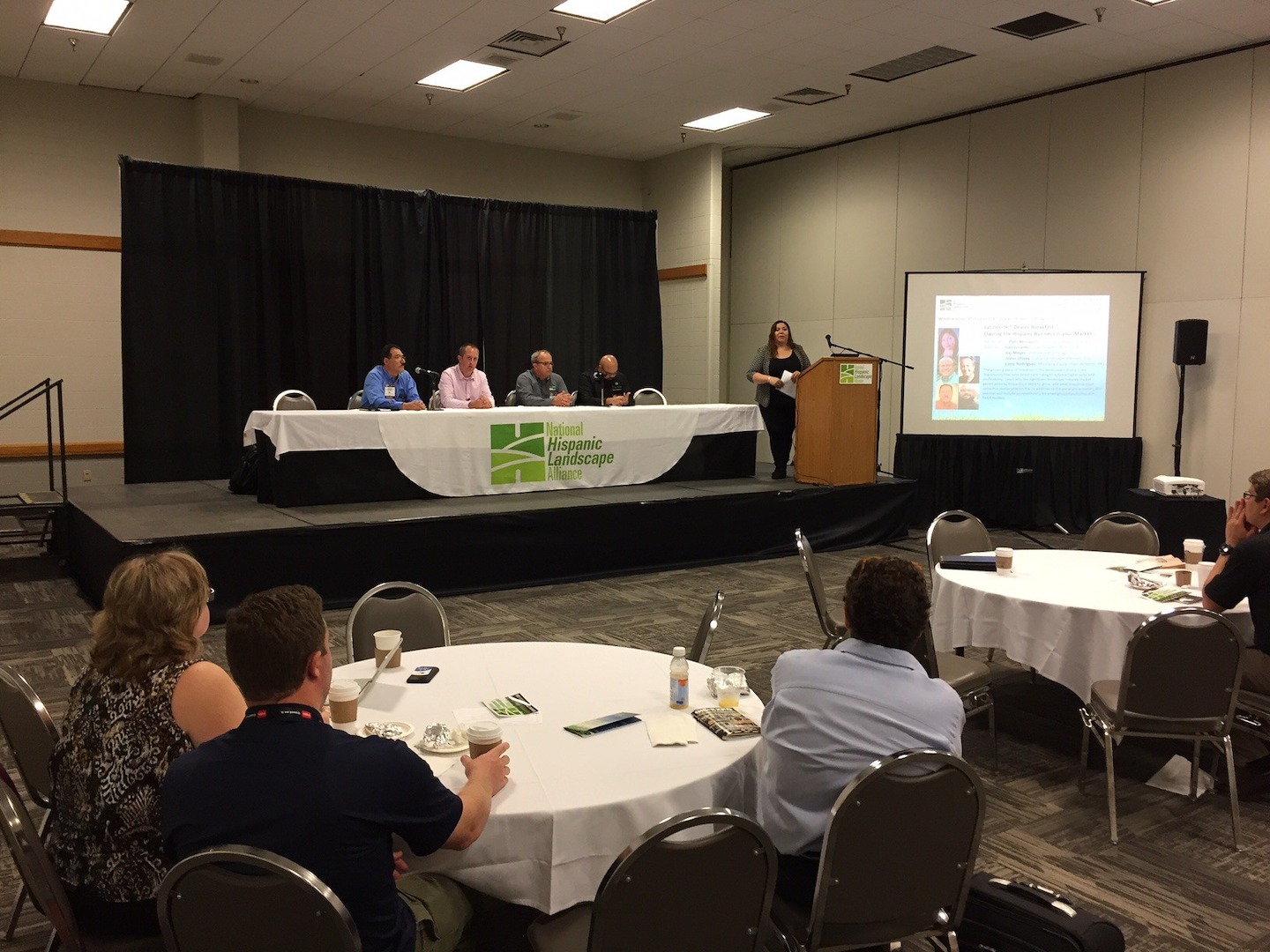 When it comes to “owning the Hispanic business in your market” – the topic of a meeting with landscape equipment dealers this week at GIE+EXPO – overcoming the language barrier is the first and foremost challenge.

Employing at least one bilingual person in a customer-facing role won’t guarantee success, but, as a practical matter, not doing so is likely to ensure Spanish-speaking prospects go elsewhere.

Language, however, while a threshold issue, is only the most obvious of several characteristics of the Hispanic market that influence how and where Latino workers purchase equipment. Others include the propensity of many Hispanics to pay cash for equipment rather than finance or lease machinery.

According to the National Hispanic Landscape Alliance (NHLA), which sponsored the “Latino Link” dealer session at GIE, many Hispanic landscapers tend to shop at big box stores today, effectively settling for higher-end consumer equipment rather than more powerful commercial machines designed especially for the kind of work they do.

At Lowe’s or Home Depot, Hispanic landscapers can choose and purchase their equipment with only minimum interaction with store personnel, so the language barrier is mitigated by the simple shopping/buying process at a retailer.

For some dealers, such facts may discourage efforts to pursue the Hispanic market. But, make no mistake, says NHLA’s executive director, Ralph Egües Jr., the buying power of Hispanic landscapers is large and growing. Just how large, however, is something NHLA is working hard to find out.

“If you’re a dealer and you see more and more Hispanics cutting grass in your community, you want to know who they are and how to reach them,” Egües said. “Well, we (at NHLA) do too!”

The organization currently has 670 contractor members in 31 states, he told the dealers at GIE+EXPO. Hispanics comprise 13.4 percent of total U.S. employment, Egües said, but they make up about 35 percent of the employees in the U.S. landscaping industry.

“They’re beating a path to Home Depot or Lowe’s because that is where they feel most comfortable,” he said. More than 60 percent of Hispanics working in the U.S. landscaping industry are not fluent in English, he said.

One of the day’s panelist, Iván Giraldo, founder and owner of Clean Scapes Landscaping in Austin, Texas, said one of the equipment dealers he buys from has only one bilingual person. While that “connection and interaction” is important, he said, Hispanics will always judge dealers as others do – based on the quality of their products and service.

Giraldo also said he strongly encourages his Hispanic employees to learn English – “at least the language of our industry.”

The consensus among NHLA presenters and the dealers present was that the Hispanic market presents formidable challenges to the dealer who’s trying to reach out and establish a business relationship, but it’s a market that is too large – and potentially lucrative – to give up trying.