Manitou, Mustang and Gehl wasted no time unveiling the many models they have to offer this year at an “Unlock the Future” event.

“For the past multiple years, most all of our competitors, as well as with ourselves, had to try to get in conformance with the EPA regulations – with the engine compliance – and a lot of our engineering resources have been totally tied up in that side of the business,” said Eric Burkhammer, vice president of sales and marketing for the North American Manitou Group. “Now, we’re finally reasserting ourselves as a main player.”

Since the switch to Tier 4 Final engines, there has been a shift in the marketplace, with the popularity of compact track loaders (CTLs) on the rise.

Here’s a look at the new CTLs models the Manitou Group now offers in response to that demand.

On the radial lift model, the Gehl RT165 and Mustang 1650RT feature a rated operating capacity of 1,650 pounds. Powered by a Tier 4 Yanmar engine, these CTLs also have high-flow auxiliary hydraulics available with 28.5 gpm. The adapted chassis is designed to handle track loader applications and loads.

There are choices galore with multiple track widths and tread patterns as well as control choices from pilot joystick to T-bar to hand/foot to pilot dual-hand.

Maintenance has been simplified with a swing-out door that allows full access to filters and other components.

For those who prefer a vertical lift model, Gehl’s VT320 and Mustang’s 3200 boast of new vertical lift path lift arms, which have a low-profile rear brace for similar stiffness levels of radial arms.

To view the VT320 in motion, check out the video below. And stay tuned for more articles on products revealed at the “Unlock the Future” event. 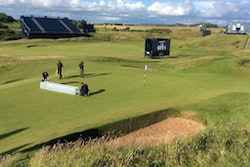 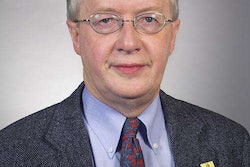 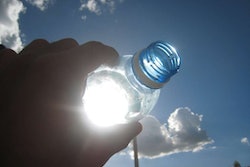 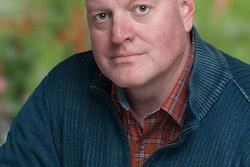