Westside Sprinkler and Property Performance does a little bit of everything, but irrigation installations are obviously the company’s bread and butter.

Jarod Roberts, owner of the Lakewood, Colorado-based company, estimates he does 16-18 installs per season with eight zones covering ½ to ¾ acres.

He uses CPS as his main supplier and tends to uses Toro heads with Hunter valves. Yet Roberts was interested in finding better irrigation technology. The branch manager at the CPS store suggested Roberts check out IrriGreen at the CPS Spring Fling.

Roberts was interested in finding a system that could improve coverage without having to overlap and overwater certain areas.

“With the basic limitations of mechanical technology, the only way for conventional systems to address coverage issues, or challenges with tricky lawn shapes, is to put more product in the ground – additional laterals, more valves, more heads,” Roberts said. “One type and size of head here, a different one there. More and more product means more complexity and more performance problems and maintenance headaches, and still does not address the critical problem: the water coming out of the heads does not water efficiently and effectively.”

At first, Roberts didn’t see what the fuss was about when it came to IrriGreen’s Genius sprinkler system.

“Then I watched the action of the multiple streams from the Genius nozzle with its 14 different size holes,” he said. “It was not mist just floating off into the air but big drops falling like rain and actually saturating the soil.”

He was impressed by the uniformity of the coverage and surprised by the simplicity of the programming of each zone and the mobile app.

In 2016, Westside Sprinkler completed nine IrriGreen installations and has reported happy customers so far. One reason why they prefer IrriGreen is control over their landscape and being able to adjust the distance and direction of the sprays should they later enlarge a patio or add a fire pit.

“They like the savings, too,” he said. “IrriGreen gives them more for their money. When I bid IrriGreen and a conventional system as options, in most cases IrriGreen is 15-20 percent less. And that does not even get into the money they continue to save using less water.”

While the IrriGreen materials tend to cost 50 percent higher, the system is so much easier to install that Roberts says he has been able to cut man-hours by as much as two-thirds. Westside Sprinkler’s employees prefer the setup, too, as it allows them to work on their phones rather than with shovels.

Roberts does caution other contractors that wiring is critical and should be treated with care.

“Understand that with IrriGreen, because the heads are digitally controlled from the server, your wire not only carries electricity out to the heads, it transmits data back and forth to adjust the heads up to hundreds of times per rotation,” he said. 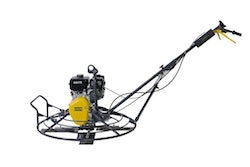 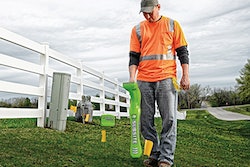 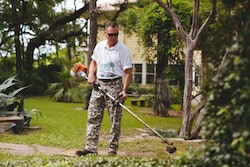