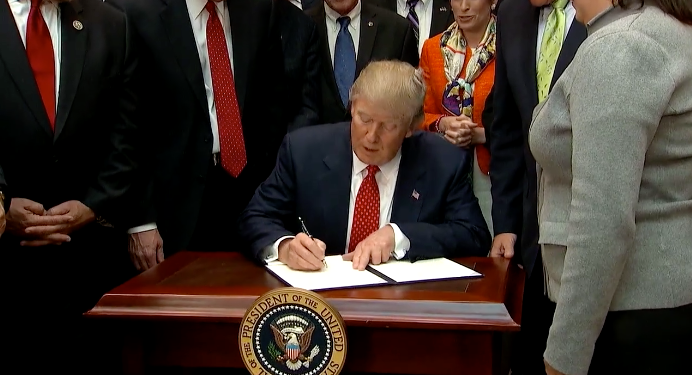 President Trump signed the executive order on the WOTUS rule on Feb. 28.

President Donald Trump signed an executive order for the heavily opposed Waters of the United States (WOTUS) rule to be reevaluated by the Environmental Protection Agency (EPA) and the Army Corps of Engineers yesterday.

The rule, which was introduced back in 2015, established a legal definition of protected waterways to include headways and streams, by declaring the tributaries must show physical features of flowing water – a bed, a bank and an ordinary high water mark – to warrant protection.

Opponents quickly saw this as an heinous power grab by the government and the Pacific Legal Foundation says: “The rule is so broad and vague that federal regulators would be licensed to micro-manage property owners who are far away from genuinely navigable waters such as rivers, lakes or the ocean.”

Not long after it was introduced the WOTUS rule was blocked with a preliminary injunction by the Sixth U.S. Circuit Court of Appeals in Cincinnati. Republicans then moved to have a Congressional Review Act resolution passed that would prevent the EPA from writing any rule that was essentially the same as the one eliminated by the congressional action.

It was unsuccessful, but the nationwide block has prevented the WOTUS rule from ever taking effect. 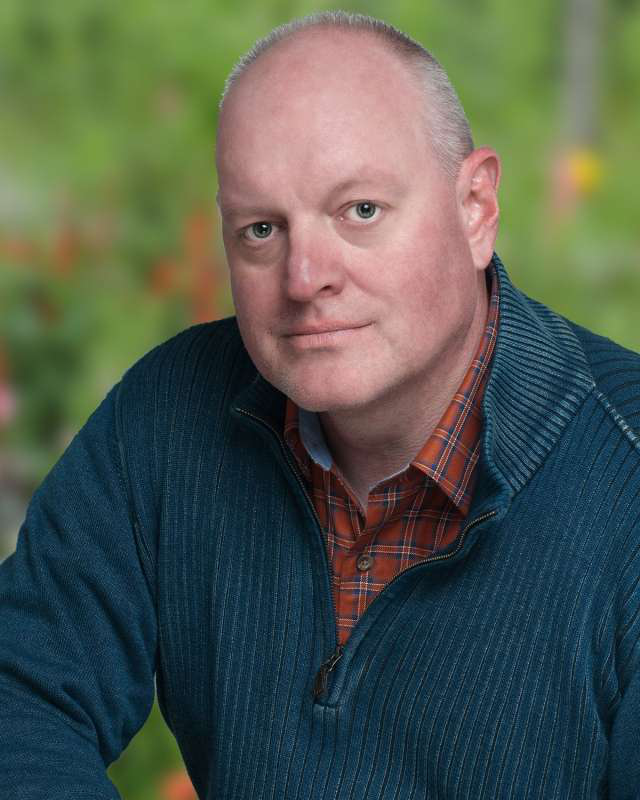 The National Association of Landscape Professionals (NALP) agrees that Trump’s executive order was called for, despite the rule not being in effect at the moment.

“There’s no certainty about how the courts are going to rule,” said Paul Mendelsohn, NALP’s vice president of government relations. “We’ve put a lot of effort in messaging and letting the previous administration and the current administration know that the rule is an egregious overreach and way too open to interpretation. With the executive order, it creates a much better chance of it being revised so it works for everyone.”

The order instructs the EPA and Army Corps to “rescind or revise” the rule and requires the agencies to follow the guidance of late Supreme Court Justice Antonin Scalia, who defined protected waters as “relatively permanent, standing or continuously flowing” waters or wetlands with a surface connections to navigable waters.

“We agree we need strong environmental regulations,” Mendelsohn said. “We’re more in favor of revision rather than rescinding the rule. As it’s constructed right now, it has a detrimental effect on our members.”

When asked what the penalties would be for landscapers who violated the WOTUS rule if it was in effect, Mendelsohn explained that even that is not clear.

“There are penalties that are described, but it doesn’t say how those would be enforced,” he said. “The uncertainty associated with the rule makes it hard to enforce and follow. Going back to the drawing board is going to be a very good thing.”

One of the biggest arguments detractors use against that current WOTUS rule is that it would give the government control over any wet spot on private property, including ditches and ponds, but the EPA claims on its website that it does not regulate most ditches.

“The rule simply creates tremendous uncertainty,” Mendelsohn said. “Our members are very much stewards of the environment. They don’t want to do anything against the law.” 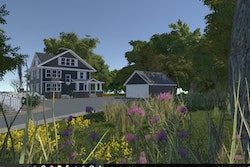 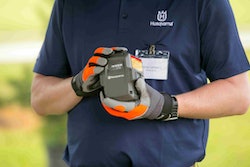 Is battery power the way of the future? Husqvarna believes so 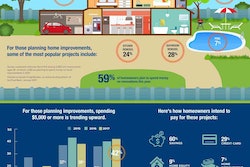 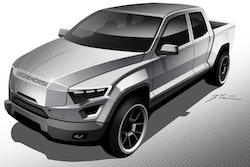 Workhorse receives another letter of intent for electric pickups