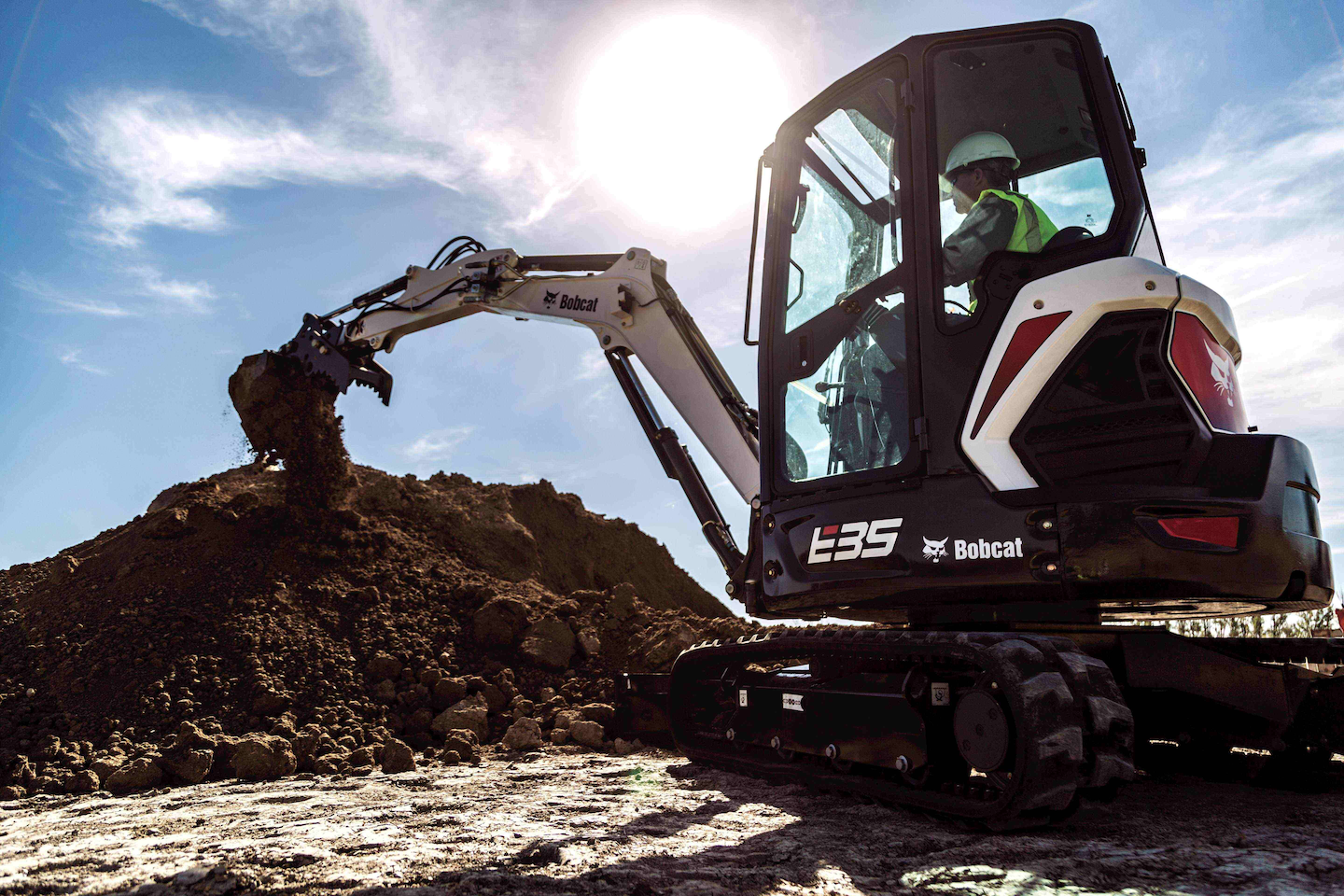 During the CONEXPO-CON/AGG 2017 Bobcat showed off its next generation of compact excavators, the R-Series.

The R-Series compact excavators’ new design will help boost operator productivity and comfort, as well as machine uptime protection, according to Bobcat.

Both the Bobcat E32 and E35 will be the first in the R-Series to launch in the popular 3- to 4-ton size class. Other additions to the R-Series will be introduced at a later date.

In order to improve the upon the previous M-Series, Bobcat incorporated customer feedback in this latest generation of compact excavators.

New dual-flange rollers extend the excavator’s undercarriage structure closer to the track’s edge to provide up to a 15 percent increase in over-the-side capacity and more stability; this helps boost operator productivity by improving the over-the-side digging performance and slewing ability.

Bobcat states that R-Series excavator operators can dig with greater confidence over the side of the machine with these standard dual-flange track roller systems. Ride quality has also been improved with the new dual-flange roller and track system. 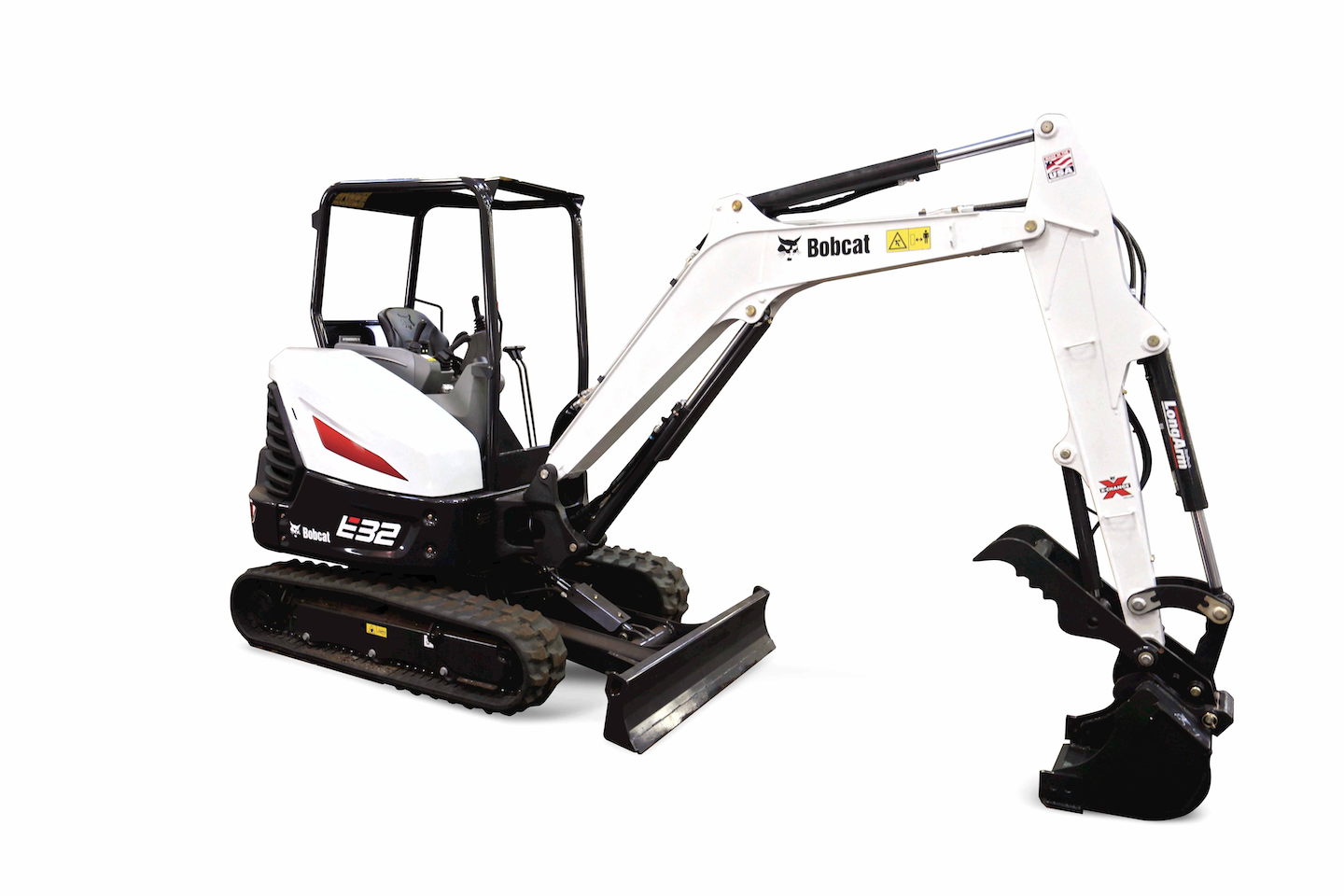 The Bobcat R-Series E32 has an operating weight of 7,340 pounds and bucket breakout of force of 6,968 pounds.
Photo: Bobcat

The R-Series compact excavators also feature an easy to reach control pattern selector located below the operator’s seat. This allows operators to switch quickly from ISO to standard controls; the repositioned auxiliary selector switch allows operators to toggle between the second auxiliary and the boom offset without removing their hands from the joystick.

Operators can easily level the R-Series compact excavators with increased downward angles for a greater range of motion. The 33 percent increase to a 12-degree downward angle allows operators to get the perfect angle and stabilize the machine when digging on an uneven surface or trenching at an angle.

Keeping the operator in mind, a number of the redesigned features are included to make the cab more comfortable. The R-Series compact excavators feature 29 percent more floor space than previous models, and redesigned floor pedals conveniently fold away to maximize floor space.

The R-Series comes standard with a tubular-frame reinforced cab door, which holds a tighter seal, helping keep out dirt and dust. The seat and cab are also wider and feature automatic heat and air conditioning systems.  Heated seats are also available.

The tall, wide widows have 15 percent more surface area and include an improved top window and narrower side pillars for better visibility. Expanded visibility from the cab offers operators a better view of the excavator’s workgroup and surrounding areas, and the sun visor over the top window shields operator’s eyes from the sun on bright days.

Featuring strengthened hinges and latches and rigid, aligned excavator panels, vibration is reduced in the cabs of the R-Series compact excavators, especially when working on rough surfaces.

Bobcat says that operators will find it is easier than ever to connect their compact excavator to a trailer and ensure proper transportation procedures are followed thanks to the four-point machine tie-down locations. These locations are easily visible and accessible for simple trailer connections and faster trips.

For more information on the R-Series compact excavators, click here.