Titan Machinery, a Case Construction Equipment dealer, provided two excavators for Team Rubicon to use during a service project and training event at DeSoto National Wildlife Refuge in Iowa and Nebraska.

The DeSoto National Wildlife Refuge is 8,362 acres and is located along the Missouri River floodplain serving as an essential habitat for resident, migratory and endangered species. The refuge is managed by the U.S. Fish & Wildlife Service, which partners with Team Rubicon to provide training opportunities for its volunteers.

The CX210D and CX250D were used for part of a wetland habitat development project and helped remove four levees and seven water culverts.

Team Rubicon tore down the levees and water culverts in order to improve management capabilities on over 200 acres of the wetland and provide more space for spawning fish to travel from the lake into the wetlands.

A temporary dam was also constructed so the team could remove several overgrown trees from a canal, improving water flow.

Team Rubicon is a veteran-led disaster response organization and it has been working with Case since November 2015. 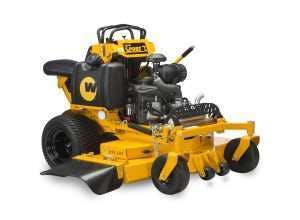 With a fold-away seat, the new compact mower is equipped for both stand-on and seated operation.
Photo: Wright Manufacturing

The Twenty for 2017 recognizes the top 20 new products in the commercial landscape and irrigation markets based on innovation, marketability and application within the market.

Also known as the “Sport I,” this 36-inch deck mower made its debut last year at the GIE+EXPO. It put a twist on Wright’s well-known Stander stand-on mower model by providing the option of stand-on or sit down operation.

With its fold-away seat, the operator can step off for quick exits and the mower stops immediately. The blade and engine stop thanks to an operator presence switch on the foot platform and the control levers return to a neutral position when the user lets go.

The Sport I also comes with Wright’s AERO-CORE deck, which tilts side-to-side and front-to-back, allowing it to contour better to the terrain. The deck can also be adjusted in quarter-inch increments “on the fly” and anti-scalp rollers automatically adjust the deck height based on changes in the field.

Compact by design to fit more mowers on a single trailer, the Sport I also has recessed caster wheels to reduce its turning radius.

Following the recent grand re-opening of its research and development lab in Grand Rapids, Michigan, Kawasaki Engines announced its choice to use a new logo to strengthen and unify its face to the public.

Starting this month, all of Kawasaki’s international general purpose engines groups will use the new logo on all promotional and technical materials presented to dealers, end users and OEM businesses in the lawn care, industrial and related equipment industry.

The new logo is clean and contemporary and there are a number of different iterations of the logo that will be used for various purposes.

“This process has been ongoing, and we’ve focused on a look that is melded to the imagery of other Kawasaki companies and divisions, yet one that distinctly addresses our need for a strong global presence,” said Karen Howard, director of marketing, order services and dealer sales.

Kubota partners with NHLA as a supporting member company 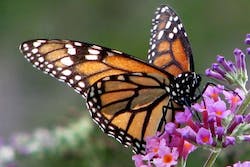 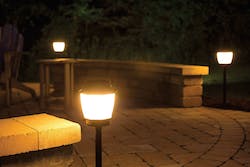 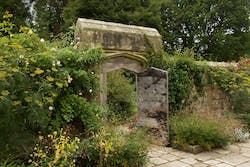 How to: Creating a secret garden for clients