It was discovered recently that a new deadly fungal strain could potentially kill tens of thousands of mature street trees in Southern California.

The strain is classified as branch die back disease and is caused by botryosphaeria fungus, referred to as Bot Canker. According to Donald Hodel, researcher and horticultural advisor for the University of California Cooperative Extension in Los Angeles, 25 percent of the region’s ficus trees – also known as Indian laurel-leaf fig trees – have already been infected by the fungus.

It is estimated that at the rate the fungus is spreading, all ficus trees in the region could die in 10-30 years.

Hodel and his fellow researchers first discovered the infection on the ficus microcarpa trees in 2008 while studying similar plant diseases that were attacking agricultural crops.

This current infestation, researchers say, is a recent development that could potentially kill 60- to 70-foot shade trees in a span of two to three years. Currently there is no known cure.

The fungus attacks the woody portion of the plant and leaves large rivets called cankers inside the bark and branches. Cankers cut off the water and nutrient flow to the plant, which causes the leaves to fall off and the branches to turn charcoal black and die eventually.

These cankers are filled with black pencil point-sized spores that can be transported by rain drops, human means or wind, but the primary means of transportation are through pruning tools.

“It is new to us,” Jerry Turney, plant pathologist and senior biologist for the Los Angeles County Agricultural Commissioner, told Whittier Daily News. “We grew these trees for decades and decades with no problems at all.”

According to the spokesman for the Department of Public Works, Steven Frasher, 2,452 of the 154,000 street trees in Los Angeles County are ficus species. It’s unknown at the time how many of the trees are currently infected with the fungus, but the department is slowly removing some of them at this time.

“I was shocked how fast it went on Main Street,” Turney told Whittier Daily News. “Three years ago, I saw two trees showing the symptoms. Now, it is killing 10 trees. These all went quickly in a three-year period.”

Alhambra’s Public Works Department tells Whittier Daily News that it is aware of the disease infecting its ficus trees.

“They are aware of it,” Chris Paulson, director of administrative services, told Whittier Daily News. “They are trying to determine the best course of action to see how bad they are. They may say let’s remove these and put some new ones in.”

One way to prevent Bot Canker spores from spreading from tree to tree is to soak pruning tools in bleach between uses, or to throw away the blades. Chainsaws can also spread the disease because it’s harder to disinfect them.

Experts say that the best way to stop the spread of the disease is to keep trees healthy, watered and to practice safe pruning methods. Turney says that there really is no way to treat or stop it, therefore prevention is the best cure. 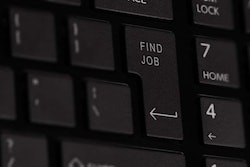 How to create more effective and accurate job postings 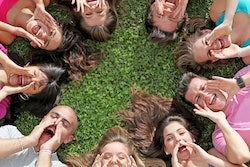 Encouraging your customers to help with referrals 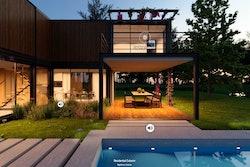 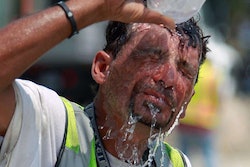 Educating employees on beating the heat this summer