When you list off all the problems bees are facing, pesticides are probably the most highly debated one.

No one is disagreeing that mites and lack of forage are issues, but some are systemically denying that neonicotinoids (neonics) pose a threat to the bee populations. Many studies have been conducted to gage their toxicity, but critics have always discounted these results claiming the laboratory setting overexposed the bees to the pesticide.

To answer the question of how bees react to neonics in field settings, scientists with the Natural Environment Research Council in England conducted the largest field study ever held involving bees and neonics by studying honeybees and two types of wild bees in the United Kingdom, Germany and Hungary.

The results were published recently in the journal Science and the researchers’ findings were interesting to say the least.

Across the three countries observed, 33 sites were used. Honeybees were placed near large fields of canola. Some fields contained canola grown from seeds treated with neonicotinoids and a standard fungicide while other fields planted with canola were only treated with the fungicide.

In Hungary and the United Kingdom, it was found that both wild bees and honeybees feeding on neonic-treated fields experienced negative effects like fewer workers and struggled to reproduce. This lines up with the recent research that shows neonics reduce male bees’ sperm count.

Yet in Germany the honeybee population thrived, regardless of being near the treated fields or not. Researchers found that honeybees near the neonic-treated canola actually produced more eggs and more larvae.

As for the reason behind this difference, lead researcher Richard Pywell explains that the local environment plays a major role in whether the bees are harmed by the neonics.

“We believe that other factors interact with neonicotinoid exposure to cause negative effects on honeybees and wild bees,” he told NPR.

As for what the factors are, the experiment wasn’t able to determine those but there are some hints as to what helped the bees in Germany. The study shows that 40 or 50 percent of the pollen collected in the United Kingdom and Hungary was from canola while in Germany it was around 10 percent.

According to Pywell, this is because of abundance of wild flowers in Germany. Also the honeybees there were relatively free from parasites, making them less vulnerable to neonic exposure.

This study was sponsored by Bayer CropScience and Syngenta, and despite the supposed proof that neonicotinoids are harmful to bees, Bayer’s spokesperson had this to say.

“The study shows that when hives are healthy and relatively disease free and when bees have access to diverse forage, neonics do not pose a danger to colony health,” Jeffery Donald, a Bayer spokesperson, wrote to NPR.

Meanwhile, the study has been both praised and criticized by other scientists. Some say that the research is what is needed but others, like Norman Carreck, a bee researcher at the University of Sussex in England, says the paper has done little to clarify neonics’ effects.

“As with most previous field studies, the results clearly demonstrate the practical difficulties of performing such experiments, and whilst adding to our knowledge, the study throws up more questions than it answers,” Carreck told Forbes.

However for the most part the study has increased the spotlight on how complicated the issue of bee health truly is. While neonics may not be helpful, they certainly cannot be blamed for all the bee deaths.

“We shouldn’t just focus on insecticides,” Nigel Raine, a specialist on bees at the Unviersity of Guelph in Ontario, told NPR. “They’re part of the problem but if we focus on that and then just say, ‘OK, we understand that now, the problem’s fixed,’ I don’t think that’s right. We need to be clear about how we’re managing landscapes, both agricultural and urban and more natural landscapes, to support healthy biodiversity of pollinators.” 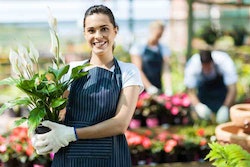 Business bests: What to know about Business Owner Policies 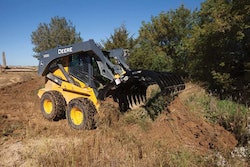 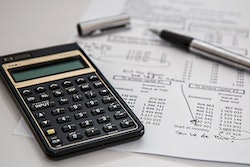