The possibilities of 3D printing in the landscape architecture field

3D printing may seem like a relatively new technology with its recent popularity and accessibility, but it has actually been around since the 1980s.

Thanks to the fused deposition modeling (FDM) patent expiring in 2009, the technology has become available to both small and large companies in every industry to take advantage of and the landscaping industry is no different.

FDM is one of the three main 3D printing technologies and it consists of a plastic filament or metal wire being unwound from a coil and laid down in layers to produce a part.

This is the technology that is found in the Ultimaker 2, a desktop printer that Kurt Kraisinger and his design team uses. Kraisinger is the owner of Lorax Design Group, based in Overland Park, Kansas, and his landscape design firm focuses on creating memorable spaces with an attention to detail.

The company provides master plans, pool and spa designs and construction administration to help the construction process go smoother. Over the years, Kraisinger has worked on projects from retail centers to private residences to corporate campuses.

One method Kraisinger has found to improve the design process was the incorporation of 3D printing. His company has been using the technology since 2014 and has always been exploring new methods to help educate their clients on the layout of the project.

Kraisinger was originally inspired by the scene in “National Lampoon’s Christmas Vacation” where Clark Griswold is playing with a miniature model of the pool he intends to spend his Christmas bonus on.

“For us, I thought that’s pretty neat, it’s a tactile item and we’re selling a dream,” Kraisinger tells TLC.

Lorax Design Group started out looking for a company that could do the 3D printing for them, but after searching with no luck, Kraisinger decided they would do it themselves. Faced with the challenge of learning how to model swimming pools in a 3D printing platform, it took the team several months to learn how to use the technology.

Now with the process down pat, the team starts by creating hand sketches to develop ideas and then freehands a more formal plan with greater detail.

“During this phase, we’re already thinking about the major facets of the project: how the work will harmonize with the home’s architecture, how the traffic will flow and the different areas will function,” Kraisinger tells Ultimaker. “We’re also considering the drainage, elevations and the major features, such as the pool, spa, patio, hardscape and plantings.”

Next, they create a master plan which is developed digitally with overhead and perspective views, but the team at Lorax Design Group doesn’t use CAD programs yet, but instead scans in the hand-drawn renderings into Photoshop and colors the drawings.

Because drawings like these can only ever be 2D, 3D renderings are often used to help convey the space and functionality, and 3D printing is an even more physical way to help the client envision the design by creating something tactile.

“I think someday, everyone will have 3D printer in their home,” Kraisinger tells Ultimaker. “There will come a time when we’ll be able to send a file to a client, who in turn will be able to make their own 3D model the way you print out a document now.”

For the 3D models that Lorax Design Group prints, the mini properties are printed in an off-white color to prevent the company from being locked into a certain color or misrepresenting their work when later changes are made. It also serves as a blank canvas for clients to visualize their own color palettes.

“Our 3D models help you know what to expect,” the company says on its website. “They not only clarify the details of your space, but they also become conversation pieces that you can eye with anticipation as your project comes to fruition.”

The 3D printing does cost extra, but Kraisinger says there are some clients who see the value in having a memento from the project.

Some of the benefits of using 3D printing include helping communicate to a client what a design will look like in reality. It can remind some clients where the project is headed during hectic times and can also assist with spatial understanding as the customer can look at it from up close and all angles.

“3D printed models have become extremely valuable as a design tool,” Kraisinger told Ultimaker. “By seeing the spaces in true three-dimensions, issues with elevations, focal points, movement, scale and proportion become far more apparent than on a flat screen or printed page. We often make corrections both large and small after we’ve made the model.” 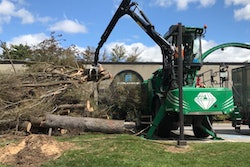 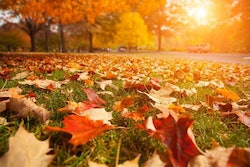 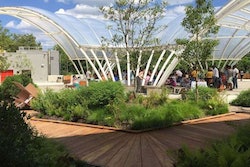