There are many plants associated with Japanese gardens including cherry trees, evergreens and moss but two of the most iconic fauna associated with this design style are the Japanese maple and bamboo.

While both of these plants are beautiful in the landscape, they should be planted with care and after careful research as some have invasive characteristics.

A landscape darling whose name can sometimes refer to two different types of trees, Acer palmatum and Acer japonicum. Acer japonicum is also called downy Japanese maple or fullmoon maple and it is less commonly used compared to Acer palmatum.

Keep in mind that New York and New Jersey have placed A. palmatum on the ‘do not plant’ list as it can escape cultivation and spread prolifically beneath forest canopies, but A. japonicum is not considered invasive.

For other states, the client has a wealth of foliage colors, shapes, and tree sizes to choose from with over 700 cultivars of A. palmatum. These shade-loving trees provide year-round interest with rich foliage hues from spring to fall.

Often used as a specimen plant in the garden, these trees thrive best in afternoon or dappled shade. Too much shade will dull their leaf color but too much sun will scorch the leaves if it gets too hot. Japanese maples do well in slightly acidic soil with good drainage.

Japanese maples tend to be susceptible to spring frost as they leaf out early, so one way to encourage them to leaf out later is to apply a few inches of mulch around the base of the rooting zone to moderate soil temperatures.

These trees can be lightly pruned at any time of the year, but heavy pruning is best when the trees are leafless and dormant.

‘Bloodgood’ is a popular upright, red variety. ‘Sangokaku’ is a cultivar with green leaves that turn yellow in the fall and then reveal coral-red bark in the fall. ‘Red Dragon’ sports purple leaves with a lacy texture. These are just a few of the cultivars out there, but not all of them are readily available so you may have to find specialty nurseries in order to obtain the variety your customer wants.

Bamboo is an iconic part of any Japanese garden, but this plant also gets a bad rap as having a Napoleonic compulsion to take over every inch of the yard as well.

However, this doesn’t mean that you have to leave these plants out of the landscape plan altogether, you just need to proceed with caution.

There are 70 genera and over 2,400 species of bamboo according to the New York Botanical Garden. There are two types of bamboo: clumping and running. It is the running variety that is so often feared. They use rhizomes that spread underground and can grow quickly and aggressively if not contained. Running bamboo includes all species of Phyllostachys, Sasa, Shibataea, Pseudosasa and Pleibolastus.

Clumping bamboo on the other hand is non-invasive and only spreads generally an inch in diameter yearly. This type of bamboo tends to be hardy and some can even handle 20 degrees below zero as they are mountain bamboos. They do require shade as they are understory plants.

The genus Fargesia is the most popular clumping bamboo. Dragon’s head bamboo (Fargesia dracocephala) grows about 7 feet tall and has a weeping habit. It can form effective screens just like ‘Green Panda’ (Fargesia rufa) which can grow 8 feet tall. Even taller is the umbrella bamboo (Fargesia murielae) which is very hardy and can reach heights between 10 and 12 feet.

For those who are still nervous about bamboo spreading, many species thrive in containers and can be kept on patios or even indoors.

If your client does want to plant running bamboo directly in the ground, the only way to prevent their intrusive spread is with a physical barrier. A barrier of copper, stainless steel or concrete buried at least 3 feet deep should be used.

Bamboo grows best in fertile, well-drained soil, but will tolerate a variety of soil types. Most species grow best in full sun, but it depends on the cultivar as some prefer shade. Although bamboo is relatively low maintenance it still needs weekly watering. 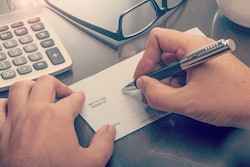 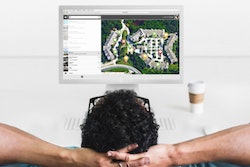 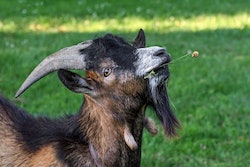