Web blight has been a problem for Christmas trees in the Northwest since the 1990s, but an outbreak last year has prompted renewed research on the disease.

Web blight is a type of Rhizoctonia, which is commonly known for causing root rot, but this variation of the fungus instead appears by browning the outer foliage in large circles around the size of a basketball or volleyball. This is often connected by a web.

“What happens is this pathogen is basically growing as a web of mycelia that you can see over the surface of the needle, and it just kind of spreads from one needle to the next,” Gary Chastagner, Washington State University plant pathologist, told Capital Press.

The webbing can be spotted in moist conditions and the disease can spread to affect as much as half the side of a tree. It can be differentiated from gray mold as this disease only affects the current year’s needles and symptoms appear on new growth in the spring.

Web blight mainly affects Douglas fir trees, but last year researchers found it on noble, grand, Nordmann and Turkish fir trees as well. Little research has been done on the plant pathogen since it was identified in the late 1990s, but the recent flair up caused Chastagner to want to identify more details about the disease.

“I suspect that one of the reasons it was so severe this past year was because of all of the wet weather that we’ve had,” he told Capital Press. “That provides an environment that is super conducive for spread of the pathogen.”

Some of the factors that Chastagner is looking into includes the sources of inoculum, what are the optimal conditions for the problem and which species of Christmas trees are the most susceptible.

“We are looking at the optimum temperature for the growth of the pathogen and development of the disease and, in collaboration with (OSU Extension Christmas Tree Specialist) Chal Landgren, we are looking at the ability of the pathogen to survive over the summer and cause problems again in the fall,” Chastagner told Capital Press. “We don’t know whether those same trees that are damaged in a planting are likely to be damaged the next year, or whether new infection from the spread of inoculum from other sources, such as nearby forest trees, result in new infections.”

One of the main questions Chastagner wants to answer is how the disease spreads. While it could be doing so by spores, there are a number of ways it could potentially spread.

“If I have trees that have the disease and I was doing culture work on the trees, I could have some of those colonized needles transferred from one tree to the next on, let’s say, a shearing knife,” he told Capital Press. “Or, just by walking through a planting, sometimes the needles can fall off and get on your clothes, and the next time you walk by a tree, maybe you transfer the colonized needles to another tree.”

Researchers are also uncertain if web blight survives over the summer on needles on the ground or if the needles need to be hung up in the tree to cause infections the following year.

“We want to see whether there is any difference (in survival of the pathogen on different hosts), so we are monitoring those (samples),” Chastagner told Capital Press. “But this is the first year that we’ve done some of those types of studies.”

From the previous research, it is known that the disease does appear sensitive to the fungicide chlorothalonil and cultural control methods include avoiding planting trees in the low-lying areas with poor drainage and near native stands of Douglas fir that may have the disease. 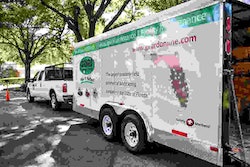 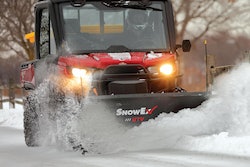 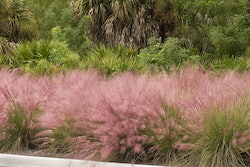 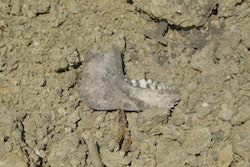