Kubota Tractor Corporation confirmed its plans to plant roots in Kansas for its North American Distribution Center (NADC). The company did this by announcing the details of its letter of intent to purchase 203 acres near the company’s current leased facility in Edgerton, Kansas.

To expand their distribution capacity and streamline logistics processes for timely delivery of Kubota branded service parts and equipment, the company says it plans to design and build two one million square foot facilities.

“After more than two years of operating in Kansas with such positive results, we are now confident about building more infrastructure here,” said Masato Yoshikawa, president and CEO of Kubota Tractor Corporation. “We’ve had access to an excellent workforce in the area and we’ve built a quality team; together, we’ve achieved operational efficiencies to better serve our dealers and customers and we remain committed to growing and expanding to ensure we are equipped to support Kubota’s continued Midwest growth and overall North American expansion.”

Additionally, Kubota announced a commitment to its Midwest dealers and customers. The company says this was achieved by establishing a fifth operational division and sales office in Edgerton.

This new Midwest division office will be within the same complex as the parts and whole-good operations, and the company says it will provide an essential sales presence for Kubota in the heartland of America.

Appointed as director and division manager of this new division is Mike Jacobson, a 17-year Kubota veteran. This will go into effect Jan. 1, 2018, and Kubota says Jacobson will lead the company’s effort to expand is product offerings and markets in the Midwest.

“This expansion is a promising opportunity for Johnson County and the entire state,” said Governor Brownback. “Kubota’s decision to expand so significantly here demonstrates firsthand that Kansas is a state that makes investment dollars worthwhile. Kubota already employs 150 Kansans in Edgerton, and the expansion could add another 150-200 on top of that. I’m so pleased about the growth and opportunity for Kansans this will bring.”

Kubota’s NADC says it will continue to process and receive shipments from Asia and Europe, as well as goods from North American suppliers.

Advanced Turf Solutions recently added four new sales representatives to its team: Jeff Kolbe and Joe Leimbach in the lawn and landscape markets in Chicago, Illinois, and Cincinnati, Ohio; Brad Fry in the golf course market in Southwestern Michigan; and Brian Winka in the sports turf market in Missouri.

Jeff Kolbe is from the greater Chicago area, and the company says he is an experienced outside sales representative with 30 years in the industry. He is a graduate of Waubonsee Community College, and the company says his professional background includes landscaping, business development, sales and customer service.

Formerly the golf course superintendent of Harbor Shores Golf Club with 20 years in the industry, Brad Fry joins the Advanced Turf Solutions team. Fry also served as an assistant superintendent at Broadmoor Country Club and Sagamore Golf Club, and as operations manager for Olympia Fields Country Club. He holds a bachelor of science in turfgrass management from Purdue University.

Kubota says that Brian Winka brings decades of experience in turfgrass and grounds management, and he was previously the sports turf manager of Chesterfield Valley Sports Complex in St. Louis, Missouri. He holds a bachelor of science in agronomy from Missouri State University, and he became a certified field manager through the Sports Turf Managers Association (STMA) in 2008. Currently, he is the chairperson for the STMA Certification Committee and is a member of the Editorial Advisory Board for Sports Field Magazine.

Briggs & Stratton moves production in Japan to Georgia and Alabama

Briggs & Stratton Corporation recently announced that it will move production of its V-Twin Vanguard engines from a joint venture partnership in Japan to its existing manufacturing facilities in Statesboro, Georgia, and Auburn, Alabama. The company says that the increased production in North America will create approximately 50 new jobs at each of the facilities.

“Moving production of the Vanguard Small and Big Block V-Twin engines to the U.S. is another step in the execution of our commercial growth strategy,” states David J. Rodgers, senior vice president and president – Global Engines & Power. “We see this as a strategic competitive advantage because we can manufacture closer to our customers in the U.S., resulting in faster production times and faster shipping. I’d like to thank Daihatsu Motor Company for being a great partner for the past 30 years and for their continued commitment to assisting with a smooth transition.”

“I would like to extend our thanks to both the Alabama Department of Commerce and the Georgia Department of Economic Development for their overwhelming support, which has helped enable us to be competitive here in the U.S., and strengthen our communities by providing good paying jobs and training programs,” says Rodgers.

“Briggs & Stratton is a valuable, longtime member of Alabama’s business community, and the company’s decision to expand its product manufacturing in Auburn is a testament to the strong partnership we have developed together over the years,” says Alabama Governor Kay Ivey. “I’m committed to creating an ideal environment for commerce and letting the world know that Alabama is open for business.”

The company says it has worked closely with state officials in Georgia and Alabama, as well as county and local officials to ensure a collaborative transition. Briggs & Stratton says they are thankful for the economic, training support and employee development made available from these communities.

“We’re proud that an industry leader like Briggs & Stratton has chosen to expand its facility and employment roster here,” says Georgia Governor Nathan Deal. “With this expansion, Briggs & Stratton will continue to grow its presence throughout the Southeast, while creating meaningful opportunities in Bulloch County. We look forward to continuing this relationship with Briggs & Stratton for years to come.” 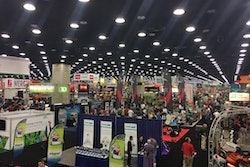 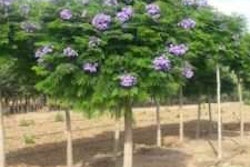 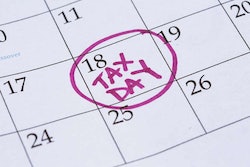 Preparing taxes in your landscaping business 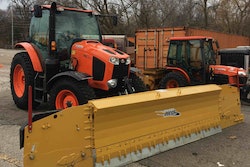