This program has been around since 2000 and honors STMA members who manage fields in Triple-A, Double-A, Single-A and Short Season or Rookie divisions. The winners are selected from a 13-member committee and each nominee is judged on their cultural practices, resource utilization, game day routine, staff management and their involvement in supporting the sports turf industry.

The award is sponsored by STMA and John Deere. This year, three of the four honorees are first time winners. They will be presented with their awards at the Major League Baseball Winter Meetings Banquet on Monday, Dec. 11 at Walt Disney World Swan and Dolphin Resort in Orlando, Florida.

Matt Parrott is the only two-time winner, having won the Double-A award back in 2011 as a member of the Bowie Baysox. He has also won the ‘Easter League Diamond Pro Sports Field Manager of the Year’ in 2011, 2014 and 2015.

Ray Sayre has earned the ‘Southern League Groundskeeper of the Year’ for five straight seasons and was just hired by the Philadelphia Phillies as heads groundskeeper at the Carpenter Complex in Clearwater, Florida, at the start of October. He had previously worked for the Pensacola Blue Wahoos for seven years.

A winner of many different accolades, Mike Williams has been a professional groundskeeper since 1993 and has worked for the RiverDogs since 2006. The RiverDogs’ playing surface has also been named ‘South Atlantic League Best Playing Field of the Year’ multiple times.

Finishing up his third season with the Mahoning Valley Scrappers, Ryan Olszewski is the head groundskeeper and assistant director of stadium operations.

At the annual Awards Dinner during LANDSCAPES in Louisville, Kentucky, on Oct. 19, the National Association of Landscape Professionals (NALP) recognized a number of companies for numerous awards.

Out of the 52 Grand award-winning projects, three were selected for the prestigious Judges Awards. Walnut Hill Landscape Company in Annapolis, Maryland, Southern Botanical in Dallas, Texas, and David J. Frank Landscape Contracting in Milwaukee, Wisconsin, were the three winners.

Ledden Palimeno Landscape Company received the new Houzz People’s Choice Award for Outstanding Water Feature. The company was selected by Houzz.com’s audience out of landscape projects from the 2016 Awards of Excellence.

The following companies earned the ‘Best of the Best’ award, which goes to those that keep a gold level status in overall safety for three years:

Advocacy awards were given to the following companies:

Community Partnership Awards were presented to these companies:

The following companies were recognized for having the highest percentage of Landscape Industry Certified staff:

Gothic Landscape, Kimberly Nurseries, Inc. and Kauai Nursery & Landscaping, Inc. were all honored for having the greatest number of newly certified staff in 2017. Environmental Stewardship Awards were given to TruGreen and Environmental Enhancements.

During the dinner, NALP also introduced its newest Trailblazers, individuals who are nominated for making significant contributions to the landscape industry.

Below are the new NALP Trailblazers:

The Irvine Company held its Division to Division awards program, which honors one top service provider per category. Gachina was selected as the only landscape contractor.

The event serves as an opportunity to recognize the various service providers and the role they play creating exceptional experiences for Irvine Company customers.

“Gachina Landscape has provided exceptional quality of service and communication at competitive pricing for the last ten years in the Silicon Valley,” said Clint Collins, senior director of landscape operations for the Irvine Company. “They are used by Office, Apartments and Retail. They recently experienced the untimely loss of their founder and owner John Gachina, but have managed to not miss a beat under the new leadership of his wife Jackie Gachina.”

“Gachina Landscape is one of the leading commercial landscape companies in the Bay Area providing exceptional landscape maintenance and enhancements while delivering great customer service,” Collins said. “Over the years, Gachina has won us several landscape awards with the CLCA, California Landscape Contractors Association, on multiple Irvine Company projects as well as a national award with NALP, the National Association of Landscape Professionals. They provide exceptional landscape services to Irvine Company’s Office, Apartments and Retail division and we want to recognize them for their hard work and dedication.” 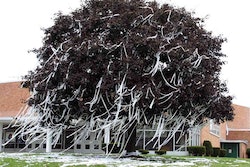 How to: Removing toilet paper from the tree tops 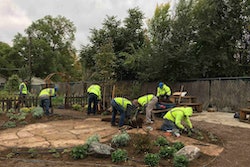 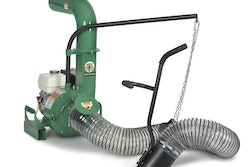 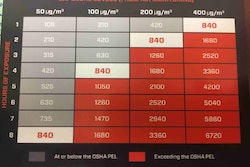