This project, the organization says, served as more than just a makeover for the park; Project EverGreen says it also represented the revival of a community hub that serves as a gathering area for generations of east side Detroit residents and new families moving to the neighborhood.

“Pingree Park and its neighbors are the real winners,” says Cindy Code, executive director of Project EverGreen. “The improved space generates enough oxygen for nearly 15,000 people per day, and the living, breathing park functions as the lungs of the surrounding neighborhood.”

Not only does Project EverGreen say the renovation work will boost the health and well-being of the neighborhood, the group says it will also raise home values and serve as a spark for nearby development. The organization says the areas will also provide increased safety for kids playing on the grass sports fields, as well as establish a community hub for nearby residents to connect with each other.

“We’re passionate about our community and in keeping our neighborhoods healthy and beautiful, and we know how lucky we are to make a living in the landscape industry,” says Matt Scott, director of operations for Troy Clogg Landscape Associates, the lead contractor for the project. “It was great to see local residents, businesses and community groups working side-by-side with Project EverGreen and our team. It was very rewarding.”

“This is the boost we needed to help return Pingree to its former glory,” said Minnie Knox, a 50-year resident of the neighborhood. “Our kids and grandkids grew up here. I’m just so happy.”

The second phase of the project will call for creating new walking paths, planting new trees on E. Forest Ave. and building a grass amphitheater. Project EverGreen says these updates are scheduled to take place in the spring of 2018.

“The Green Leadership City Award aims to highlight public agencies that demonstrate a commitment to environmentally-friendly and sustainable practices, and the parks department at Miami-Dade is a model agency for others to follow,” said Tucker Perkins, president and CEO of PERC. “For nearly ten years, the Miami-Dade parks department has maintained the community’s greenspaces with propane mowers, which reduce emissions and greenhouse gases that can be harmful for the public. They should be commended for that effort.”

As part of the award, PERC donated $5,000 to the Parks Foundation of Miami-Dade, and the donation was announced at a celebration event held at Southridge Park.

“Using propane mowers has allowed our department to set a new standard of environmental stewardship for our community,” said Miami-Dade Parks Director Maria I. Nardi. “The financial benefits we’ve enjoyed because of lower fuel costs and an increase in crew productivity while operating with propane is just icing on the cake.”

Now running 95 percent of its fleet on the alternative fuel, Miami-Dade County Parks, Recreation & Open Spaces began using propane mowers in 2008. These mowers are used on the county’s sports fields and parks, and they are also used for 122 residential communities in the county’s special tax districts.

Team Rubicon brought in 72 volunteers and 20 new members from across the United States for the operation, and RPM Machinery and Southeastern Equipment donated the use of several skid steers and excavators.

“This operation is the combination of years of planning, relationship building and watching the beauty of a community coming around a project that leaves a lasting impact here,” explains Kyle Doyon, incident commander – Operation Fearless Mary, Team Rubicon. “We’re here with Habitat for Humanity and with CASE and Team Rubicon training our volunteers here in the field, but not in a disaster zone. We’re able to do it in a controlled environment, in a safe and slow manner so they’re able to do the work in a proficient and safe manner where there’s a lot more variables than we have here.”

Team Rubicon says that this kind of training/community service operation prepares their volunteers for operating heavy equipment during deployments, and they say it helps to solidify the humanitarian and relationship-building skills that are crucial in disaster response scenarios.

The project involves the redevelopment of the Roosevelt Park neighborhood of Grand Rapids, Michigan, and is slated for completion in 2022. This project will require the removal of approximately 7-million pounds of debris, and once it’s complete it will include single- and multi-family homes, green spaces, retail and a new high school that will house more than 500 students from the local community.

“There’s a lot of moving parts to this project and one of them is debris removal,” says Cort Beard, regional field operations manager, Team Rubicon and managing director of operations for Habitat for Humanity of Kent County. “By the end of today, we will have removed close to 7-million pounds of debris from the work site. That’s a significant savings to Habitat for Humanity and the 14 other partners that are involved with this project. To my knowledge, it’s the largest-scale project with volunteers leading the way.”

“It’s been a tremendous experience,” Beard continues. “A good estimate is $347,000 given back to the community. When all the in-kind equipment rentals, fuel, volunteer hours, command and general staff, everything is put together, that’s a huge savings and that helps Habitat for Humanity continue to grow, as well as Team Rubicon, in the efficiency of what we spend compared to what we leave the community with when we do demobilize. What’s amazing about this project is that we have volunteers from across the country, eight of 10 [Team Rubicon] regions are represented, as well as Team Rubicon Canada.” 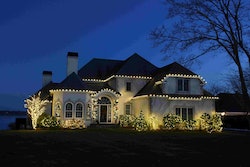 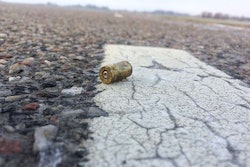 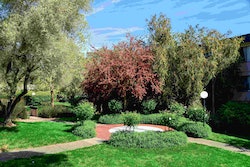 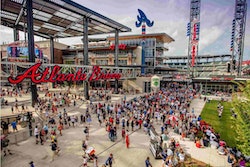