Beth Hyatt Presley
Nov 29, 2017
The spread of the disease among one of America’s most popular shrubs has been nonstop for more than five years now.

It’s natural to pay close attention to the health and wellbeing of your customer’s plants during the summer and spring times, but this time of year it’s important not to ignore them.

Even though the temperature and leaves are dropping, plant diseases and pests are still a rising concern.

“In fact, when the leaves drop you may notice an infection or other issues that weren’t apparent before,” Heather Faubert, who manages the Plant Protection Clinic at the University of Rhode Island, where she diagnoses plant diseases, identifies pest insects and provides treatment suggestions, told The University of Rhode Island (URI) Today. “Now is also an especially good time to take a close look at your evergreens.”

The big concern this winter, according to Faubert, is boxwood blight, which is a fungal disease native to Europe that affects boxwood shrubs. URI Today states that it was discovered in 2011 in Connecticut and North Carolina, and it has now found its way to Rhode Island.

In their first year of greenery, URI Today says that boxwoods are extremely popular, are used in Christmas decorations and are a plant that deer will not eat. Boxwood blight causes plant leaves to fall off and also creates black lines on the stems.

However, URI Today notes that not every unhealthy-looking boxwood is infected with boxwood blight.

“Boxwoods can also look bad as a result of drying out or from suffering winter injury,” Faubert told URI Today. “If the leaves turn orange or brown, that’s not boxwood blight. But if the only leaves left are on the tips of branches, that’s more likely to be boxwood blight.”

With the holiday decorating season upon us, those interested in using holly bushes should be on the lookout for holly berries that are still green. According to Faubert, this is a sign that a fly laid its eggs in the berries the previous spring, and there is a maggot growing inside the berry.

“The maggot isn’t likely to emerge from the berry if you bring the cuttings inside your house, but I’d still pick off any green berries and get rid of them,” Faubert told URI Today.

For those looking to cut boughs from spruce trees, URI Today warns that many blue spruce and Norway spruce trees are affected by foliar diseases that will cause the needles to drop.

Typically, these diseases start at the bottom branches and work their way toward the tops of the trees. They are caused by fungi infecting needles in the spring during times of excessive humidity and the trees not receiving enough air circulation.

“Pruning the lower branches will usually help, because humidity is greatest at the bottom of the tree and pruning will increase air circulation,” Faubert told URI Today. “You could also use a fungicide spray.”

As leaves are falling, URI Today recommends looking closely at trees to check for scale insects on trees. Soft scale insects often are about the size of a grain of rice and can be fluffy and white. They produce a sap-like substance on which black mold can grow.

The second type are armored scale insects, which secrete a hard shell over their bodies to protect them from predators. They can appear to be black bumps on evergreen needles and branches.

“Small numbers of them aren’t really a problem, but if they build up in number they can cause a tree to decline,” Faubert told URI Today. “The best bet is to hire a professional to treat the tree. The insects are often susceptible to horticultural sprays, but that’s best applied in April.”

Since houseplants will now be making the move indoors, another recommendation Faubert has is not over-watering and over-fertilizing the plants.

“People tend to love their plants to death, especially in the winter,” she told URI Today. “Plants inside in the winter are more mellow, they’re not growing much, so they don’t need much fertilizer. And over-watering will lead to root rot issues.” 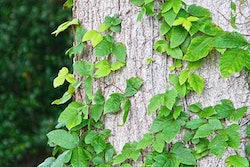 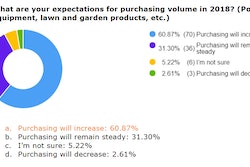 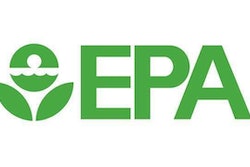 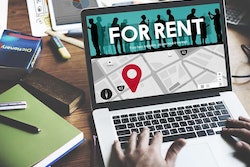