On July 31, an Arizona landscaper died after being stung by thousands of bees, and now his widow is filing a lawsuit against the homeowners, whose yard he was working in at the time of the attack.

According to Tucson.com, attorneys for Gloria Babuca filed the lawsuit on Nov. 2, saying it was negligence on the part of the homeowners that caused the death of Babuca’s husband, 48-year-old Daniel Martinez.

Tucson.com reports that on July 31, Martinez went to a home in the 6600 block of South Camino de la Tierra to do landscaping services for the homeowners.

Africanized bees had built two nests attached to the roof of the home of John C. and Sherilyn Ricketts, and the nests were exposed and visible, according to the lawsuit. Investigators learned that the bee nests each weighed about 300 pounds, and they contained roughly 100,000 bees.

The lawsuit says that it appears that the nests had been growing on the property for roughly over a year. According to Tucson.com, Priscilla Frisby, one of Babuca’s lawyers, says the nests were about 5 feet tall, and neighbors had noticed the bee activity increasing in the neighborhood the year before.

“Even neighbors noted the numerous amount of bees in that neighborhood,” the lawsuit says, according to Tucson.com. “Defendants as property owners had a duty to repair known dangers, and also had a duty to reasonably inspect for, discover and correct unknown hazards in those areas of the premises that the invitees might access.”

Martinez was stung by the bees and died on the scene. The Drexel Heights Fire District was dispatched to the scene to assist, and seven firefighters were either stung or hurt attempting to rescue Martinez.

The lawsuit is claiming wrongful death, as well as gross negligence, saying Martinez died as a direct result of the “reckless misconduct” of the Ricketts.

According to Tucson.com, the lawsuit says that the failure of the Ricketts to use reasonable care when asking Martinez to their home, despite the bee nests, shows that they acted maliciously. As a result, the lawsuit also asks for punitive damages.

“Substantial punitive damages are necessary and appropriate to punish defendants, and to deter defendants and other homeowners from such conduct in the future,” the lawsuit says, according to Tucson.com.

The lawsuit asks for burial-related expenses, damages in an amount to be proven at the trial and attorney fees.

Thieves recently stole two trucks, ATVs, one van and lawn equipment worth $400,000 from Texas Landscape Company in Houston, Texas, but they didn’t get very far.

Because of the GPS tracking devices on the equipment, the police said it was easy to track down and arrest the four men located in a parking lot just a few miles away.

“I pulled up the app and saw I had equipment moving, and obviously we don’t landscape at two o’clock in the morning,” owner Jonathan Edwards told ABC 13 News.

Houston Police Lt. Larry Crowson told Chron the owner of the landscape company called the police at about 2 a.m. reporting an intruder alarm going off at his business.

According to ABC 13 News, the surveillance video showed five men breaking into the company around 9:45 p.m. and they remained on the property for about two hours. The business is located on Creekmont Drive in northwest Houston, near the corner of Pinemont Drive and Ella Boulevard.

Security cameras allowed the owner to watch several men in the fenced-in yard steal the trailers and vehicles full of equipment. Crowson told Chron that the GPS led police to a grocery store parking lot near Little York and Bingle, where four suspects were arrested. Two trailers and the vehicles were recovered, along with a travel trailer that had been stolen at a different location.

“We’re trying to piece it together right now,” Crowson told Chron. “The owner’s going through the lot to determine what’s stolen and what’s still outstanding.”

Thieves steal over $500,000 in landscaping equipment

Early Thanksgiving morning, U.S. Lawns in the Columbia Industrial Park off Bluff Road in Columbia, South Carolina, was broken into.

According to WLTX 19, over half a million in landscaping tools and trucks were stolen. Nine landscaping trucks full of mowers and tools were taken, and Columbia police tweeted late the next night that they had recovered two of the vehicles.

Columbia police are searching for the suspects, and believe that multiple people are involved in the thefts. 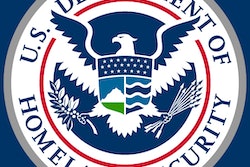 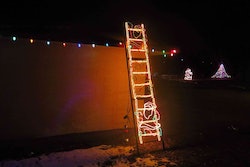 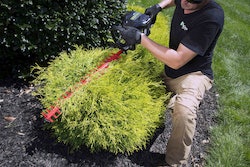 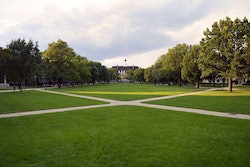