More often than not, when asked how they got involved in the green industry, many professionals will say something along the lines of, “I heard about this while in college,” or, “I didn’t know this was a thing until…”

Jones Allen began her collegiate education by attending Washington University in St. Louis, where she earned a BFA in painting. Growing up, like many others in the field of landscape architecture, she was unaware that a field like this even existed or that it could one day turn into a career.

“Not to make generalizations, but unfortunately, landscape architecture isn’t well-known in the African American community,” she said. “I grew up in the African American middle class. I knew what an architect was, and I actually thought about being an architect. But instead, my undergraduate degree is in painting because I never knew what landscape architecture was.”

After graduating from Washington University, she decided she wanted to become an art restorer to continue pursuing her love of art history. To pursue a master’s in this field, she was required to take the GRE. After taking this test, she received a letter from the Harvard Graduate School of Design offering her the opportunity to participate in their summer career discovery workshop to learn about the design profession.

“I remember them describing landscape architecture, and I was just kind of blown away,” she said. “I was like, I didn’t know somebody decided where the trees went. I didn’t know that somebody designed parks; you just don’t think about that. I knew that architects designed buildings, but I never thought about the infrastructure. I never thought about parks and greenways and parking lots.”

As a child growing up in Baltimore, Jones Allen says she always had a love for nature and the outdoors. She participated in the Girl Scouts of USA, and her father – being originally from the South – was an outdoorsman himself with a small family farm in the lot next to their home.

“I thought, wow, this is really a profession that combines nature and art,” she said. “So, I went up to the Harvard thing for the six weeks and found out more about what it was about. So, I decided to take the year off and apply to landscape architecture schools.”

She then went on to earn her MLA in landscape architecture at the University of California, Berkeley. Jones Allen first worked with the firm TerraDesigns Inc. in New Orleans until Hurricane Katrina hit Louisiana in 2005. It was after this that she moved to Baltimore and began teaching at Morgan State University. While teaching at the university, she became a Doctor of Engineering (transportation engineering).

In 2009, Jones Allen and her partner Austin Allen, current principal of the firm, started DesignJones, LLC in the Lower Ninth Ward of New Orleans. Around 2013, Jones Allen made the move back to Louisiana to be more closely involved in the firm. Jones Allen says the firm’s focus began specifically on disaster recovery and rebuilding projects, and today it works to create and encourage neighborhood empowerment, disaster recovery and innovative planning and design solutions.

The company’s website says it accomplishes such goals, “…through unique approaches to landscapes forged by intensive research in areas including comprehensive water management, building resilient communities, preservation of the built environment, a wide range of planting strategies and effective land use and planning.”

While it might not be uncommon nowadays to see more design firms jumping at the chance to help their communities with revitalization and community engagement projects, Jones Allen believes that DesignJones still stands out from the crowd in a few ways.

“I actually think more and more firms realize that they kind of have to do (community engagement projects),” she said. “One thing that makes us unique is that a lot of our projects do emanate from the community. Lots of times, our work ends up being initially pro bono. A lot of firms respond to request for proposals (RFPs) and we respond to some of those, but the majority of our work (comes) from the community.”

Past projects for the firm include Sankofa Wetland Park, which was a wetland park in the Lower Ninth Ward. Currently, Jones Allen says DesignJones is working on a redesign project at Hayden Plaza and a potential skate park/recreational area under the I-10 highway.

“We always try to tell the client that we need to hold community meetings or a community engagement process just to get the community to embrace the design,” she said. “So, we try to do that in everything we do because those are the people that are actually going to use it. So, you want to make sure you’re designing for them, even when you have private clients.”

Even though the green industry has become more inclusive of all genders and ethnicities than it previously was, Jones Allen still thinks there is more that can be done to bring awareness to African Americans, women and other minorities. This obvious divide, she says, is one of the biggest challenges she faces in the field of landscape architecture.

“I don’t think that (the industry has) changed enough,” she said. “Because if you look at the number of African American-owned landscape architecture firms, there are some but there are not many. But what has changed, which actually gives me hope for the future, is that you can’t go get the cough medicine until you realize you have a cold. So, what I think is changing is the awareness that there aren’t and the awareness that there is a need for it.”

Jones Allen says that one thing she thinks has helped boost awareness is the work put forth by the American Society of Landscape Architects (ASLA) to host their Diversity Summit.

“One of the reasons I think there’s the awareness is because of what we talked about earlier,” she said. “A lot of the communities that have these issues, that have lack of open space, lack of playgrounds, lack of clean water or environmental justice issues are communities of color. So, the people that are coming down to solve the problem or do the design don’t look like the people in the community. So, I think that there’s a great awareness, and to me, that’s a good sign.”

Currently, Jones Allen says there still isn’t a large African American staff member or student presence at many of the landscape architecture universities around the nation, and she believes that this is an integral place to begin creating awareness and more opportunities.

“I think that’s where it has to start, though,” she said. “I think it also has to start with getting young people in junior high and high school to be aware that there’s such a profession. Because it turns out that a lot of people find out about landscape architecture really late, whether they’re minority or majority. I think that once people find out about it, they’re like me. They’re like, yeah, that’s what I want to do!”

Jones Allen adds that having role models in the landscape architecture field was another excellent motivator for her during the time she pursued her degree. A few of her most notable inspirations and mentors were Everett L. Fly, Walter Hood and Perry Howard.

Jones Allen hopes that in the future, more African American students, as well as other minority students, will be exposed to the idea of landscape architecture at a young age and become inspired to pursue this career path.

The vast majority of people, as Jones Allen herself once did, think that an architect performs the tasks that are actually attributed to landscape architects, such as park design, rain garden installation, etc. Jones Allen strives in her everyday work to build up that knowledge base with those around her to help further spread education on the field of landscape architecture.

“As a minority, you have the challenges that other minority businesses have,” she said. “Getting capital, making payroll, keeping employees…just the struggle of business.”

The job of a landscape architect, to Jones Allen, is the ideal combination of artistic expression and mathematic processes. With all the structural and building aspects that accompany the architectural side of the field also comes the ability to artistically express oneself through design.

“We’re artists, but it’s form and functioning,” she said. “I love when something’s in the ground and you actually work with people, come up with a design and when it’s actually finished you get to walk through it and see people using it. That’s the best part.”

The harder aspect of the job, she notes, is that ultimately you do have to momentarily set the artistic element aside to think about business, projects, time constraints and budgets.

“You have to be resourceful and you have to try to sometimes get your clients to understand that they might have to expand the budget,” she said. “Or if they won’t, then you have to try and do something really beautiful or wonderful with a limited budget.”

While some people may not see their profession as a means to save the planet, Jones Allen believes that as a landscape architect, her particular green industry field is one of the keys to solving climate adaptation. This specific thought continues to drive her in her daily work and encourages her to always be vocal about what she does and how it can affect the world around her, especially when discussing the field with potential landscape architecture students.

As a whole, Jones Allen has high hopes for the field of landscape architecture, and in her daily work, she says she will continue to spread the news about these “unsung heroes” that help bring creativity, community and functionality to life on a daily basis. 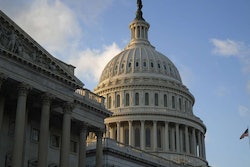 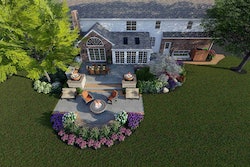 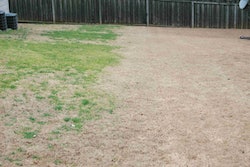 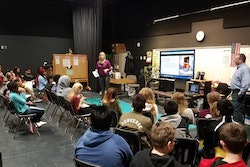 Industry Growth Initiative: Stepping up to speak for landscapers everywhere