Women in the field: Challenges and opportunities faced as a minority

Women have come a long way in the green industry. While there have always been the trailblazers who were the first to break into previously male-only industries, it is the women who follow after them that help keep the door propped open.

Total Landscape Care has reached out to seven women who have been in the landscaping industry for a varying number of years and have held different job positions to see what they have faced and how they have found purpose in their field.

How they found the industry

For many of the women, they found an affinity for the outdoors at a young age after being exposed to it through their family.

“My granny and my mom were always really into gardening and just doing stuff around the house or having like a vegetable garden or fruit garden, and I always really liked that and I wanted to get my hands dirty,” says Ashley Owens, a business development manager for Level Green Landscaping based in Upper Marlboro, Maryland.

Chris Rogers, an account manager – recurring services – for Carolina Creations Landscapes based in Shallotte, North Carolina, grew up in the agricultural world as her parents farmed tobacco and ran a tractor dealership.

“I loved growing plants,” Rogers says. “I loved seeing how different plants would flower differently and when they would come into flower and how they grow, and stuff like that always fascinated me. I was always big into science.”

Meanwhile, Dee Vires, an account manager for CGM, based in Peoria, Illinois, grew up learning about plants from her mother, who is a master naturalist.

“She had the green thumb,” Vires says. “I used to joke I thought I had a brown thumb, but it turns out I do have a green thumb. I grew up with it and then I began to love it as an adult.”

Some of the others found their love for horticulture in high school.

“I started out taking horticulture in high school and was in the FFA, and in our county, our school was the only one with a horticulture program instead of an agriculture program,” says Donna Lawler, a purchasing manager for The Greathouse Company, based in Nashville, Tennessee. “So, anyways that’s what got me interested in it, and then I continued on went to college, went to UT (University of Tennessee) in Knoxville and got my degree in ornamental horticulture and landscape design.”

Brooke Harris, another account manager – recurring services – at Carolina Creations, got into the industry through an apprenticeship with a landscaping company her senior year of high school. Likewise, Shelley Russell, a landscape designer for Level Green, completed an internship at Longwood Gardens.

“From there I met a lot of people in the horticulture field and actually a bunch of people went to Penn State, which is where I ended up going, but that kind of started the whole working with plants, working outside, just seeing that whole possibility as a career for me,” Russell says.

Whereas for Edamarie Mattei, owner of Backyard Bounty, based in Silver Spring, Maryland, she found landscaping as a second career after working as an English teacher.

“After I had kids and started gardening and just realized it was something that I deeply, deeply loved,” Mattei says. “So, when my oldest son was in middle school, I decided to resign from my job as a teacher and go back and become a master gardener, and then from there study horticulture and design. And I had a couple people ask me to design gardens and then to install them, and Backyard Bounty grew from that just from the ground up.”

As account managers at Carolina Creations, Harris and Rogers serve as the main point of contact for clients out of a book of about 500 maintenance customers.

“It’s around 100 customers that I just basically am their customer contact liaison between them and the company, and I make sure they get all the services they are paying for in their contract,” Rogers says.

Meanwhile, Vires’s responsibilities as an account manager include running and hiring crews, scheduling routes for snow removal and cleanup in the other seasons, along with client satisfaction.

Landscape designer Russell meets with account managers at Level Green who have determined what property managers are wanting for their landscapes. From there, she conducts a site inventory, measuring the site, taking pictures and collecting information about the property before entering the data into computer software and forming a base map to design on top of.

Russell’s co-worker Owens says her responsibility as a business development manager is finding customers, whether through referrals, cold calls or any other method.

“I find potential customers that I can start building a relationship with,” Owens says. “If they are open to the idea of us submitting a proposal, I then will revisit the property, take measurements of it, kind of go through their set of specifications, align it with ours and discuss all these details with them. And then once I have all of that information, I compile an estimate, which is the actual pricing, and then put together a proposal.”

Lawler says her main responsibility as purchasing manager for The Greathouse Company is handling all of the buying for the company, such as the plant material and other materials like mulch, for jobs. She also tends to the plants until they go out to jobsite.

As an owner, Mattei has many daily tasks, but she says during installation season she is often keeping customers informed and checks on jobsites throughout the day.

“I usually wrap up my day doing the other paperwork that’s involved, maybe writing contracts or proposals, ordering plants, so I wear a lot of hats,” Mattei says.

The main struggle that the women say they have experienced while working in the industry has been with credibility and respect, whether from customers or colleagues in the trade.

However, both Harris and Rogers say they aren’t certain if the instances of them struggling with being respected by certain clients had to do more with them being young or female.

“Usually I just have somebody reiterate it to them and then they learn that I’ve been here and I know what I’m doing, and you earn their respect,” Harris says.

Lawler, who has been in the industry for 36 years, says it has gotten a little better, but she still encounters struggles on commercial jobsites where contractors tend to not want to deal with a woman.

“I worked in California for about 12 years after I graduated, and I really didn’t encounter it too much there but here in the South especially, some of your older generation still kind of feels that way that women don’t have any business in the construction industry.”

Mattei has also encountered people who have preconceived notions about her knowledge of construction and plant material, so she makes a point to design her gardens to be both beautiful and functional.

“Sometimes people may not believe that a woman might know about the function part,” Mattei says. “That would be the biggest issue, but I work with a lot of men and I think knowing how to talk to men and feel confident is a big part of what sort of takes away any barriers that are there or minimizes them. Feeling confident and being clear and strong seems to make a lot of things work smoothly.”

Vires says she hasn’t had any trouble fitting in once she won the trust of the guys after showing them she is able to mow and trim along with the rest of them.

“They figured out that no, she’s really not ‘a pretty face,’” Vires says. “I’m here to work, and my job is management and that’s where I need to stay, but if need be, I can step in.”

Owens and Russell say they have never felt discriminated against. Even as the only female on the crew while working at Longwood Gardens, Russell says it was never a problem.

“They just welcomed me with open arms and were really nice, and I don’t know if it was just that company but the company I’m working for now is the same for women who are working out there,” Russell says. “I think we’re pretty much treated the same.”

“I’ve never had any, certainly never co-workers or anybody that I’ve ever worked with, be negative, and I’ve never had a customer not treat me appropriately,” Owens says.

In fact, Owens has found her gender to have a bit of an advantage to it.

“I have on many occasions been able to use it to my advantage because I stand out,” Owens says. “I’m more memorable. If I’m going to a big pre-bid walkthrough and I’m one of seven other companies but I’m the only woman, I’m definitely remembered more than everybody else. So, I take it as an advantage and use it appropriately.”

Lawler agrees that it can sometimes help with getting a foot in the door, particularly when working in sales.

Vires says some customers like having the “woman’s touch” and Harris notes that women tend to be a little more meticulous on the properties, which could be a perk for clients.

“I think that women are especially really good at building relationships because they take more time to figure out who people are and what they like and what they want, and you’re able to give those kinds of solutions to their problems instead of just being like ‘Okay, you need some shrubs; here’s some shrubs,’” Rogers says.

Mattei acknowledges that it’s a bit of an overgeneralization to say that all women are good at listening and understanding, but she says those who actually are good communicators can thrive in this field.

Check back tomorrow for part two of this article, which will cover why these women love their industry and how to attract other females to the landscaping field. 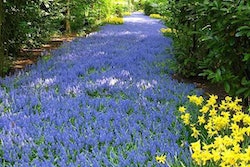 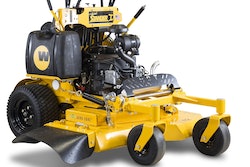 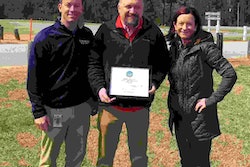 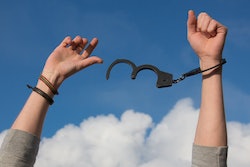 3 reasons why hiring a general manager can set you free