What you need to know: Firsthand experience with recruiting student labor

The struggle to find dedicated employees is hard enough, but then comes the task of being able to keep them with you once they are hired.

Depending on the company, different incentives like insurance and retirement may be an option, but some companies offer more non-traditional benefits.

“Many of our students are looking for an organization with good values,” said Dana Christenson, east division director of employee development for LandCare. “The best way to incentivize students to join your organization, therefore, is to be a marketplace leader with a positive mission and strong foundation. We also offer comprehensive benefits, profit sharing, and competitive pay to reflect our commitment to every team member.”

Michael Pickel, owner of Pickel Landscape Group in Landenberg, Pennsylvania, says that one of the most important incentives he talks to students about when discussing his company is being able to provide a work-life balance.

“I don’t want people working 60-70 hours a week because then they don’t get to do things in their off time; there’s not a good work-life balance,” he said. “It seems like people are happier when their work life and home life are in check.”

His hopes for the future include growing the company large enough to be able to offer employees medical benefits, profit sharing, pension plans and more. Since the company is smaller, Pickel also says he talks to students about the very real possibility of coming in now on the ground level and being able to work up to the top as the company grows.

“We need to make sure that their experience during the summer job or internship is educational and positive, whether students would like to grow vertically (promotional opportunities) or horizontally (expanding their knowledge in their current role),” said Cyndi Uelen, west division director of employee development for LandCare. “It’s imperative that we stay connected with the students. They need to feel like we are invested in them and in their future. It breeds a sense of belonging that keeps them interested in us and in our mission.”

The state of the industry

Many professionals in the green industry will tell you that their love for all things green didn’t start when they were young but instead began to grow once they were farther along in college.

Many landscapers have seen a noticeable decline in green industry interest from students over the past few years, but why is that?

“I think that there is a general impression that this industry doesn’t have a future,” Fox said. “But with education, for the parents and students, we are able to show that being a landscape professional is rewarding and fun.”

Pickel says he can tell there’s been a decline by just visiting Penn State over the last few years. According to research performed by former Penn State professor Dan Stearns, a significant drop in enrollment in green industry fields has been noted in areas like Pennsylvania, Maryland and more universities in the Northwestern region.

“I don’t think it’s a profession that many kids and college students are considering because of a major culture change,” Pickel said.

Pickel recalls that when he was a child, it was very common for his chores to consist of household and outdoor work, such as mowing lawns and more. Today, he says, children are more heavily involved with sports and extracurricular activates, which requires much more parental involvement. Therefore, there’s less time devoted to tending lawns and more of a chance that a professional landscaper will be called to handle the yard.

“The kids are growing up thinking, I’ll just get a job out of college and one of my to-do list items, when I have a house, is to hire a landscaper to maintain it,” he said. “I think it’s a huge cultural thing.”

Christenson believes the decline is a result of the public’s perception that jobs in the green industry are not high-paying.

“Parents are not encouraging their children to pursue these careers,” she said. “As an industry leader, it is our responsibility to show high school and college students that our industry is growing. It’s more important now than ever to showcase the benefits of working outdoors and creating meaningful environments.”

Who better to weigh in on student labor in the green industry than those who, only a few years ago, were student workers themselves?

For Fritz, being in the outdoors is something he’s enjoyed since he was a child, and since his father previously worked with the Penn State Extension, Fritz was well aware that he could one day make a living in the green industry.

Like so many before her, Sounders did not find out how her talents in graphic design could transfer into the green industry until around her sophomore year in college. She originally began her college career by pursuing a major in graphic design, but she always had a love for the outdoors. When she discovered the landscape design major, she knew she had found the best of both worlds.

Fritz and Sounders both began working for Pickel in 2017, and since then, they’ve both had the opportunity to try a variety of jobs at the company to truly find their fit. While the time hasn’t always been easy, both say their experiences have been positive and have taught them more than they ever thought they would learn.

“It’s really just been a year of learning and being more aware of how landscape companies work throughout the season,” Fritz said.

When asked whether or not they would recommend this line of work to others their age or younger, both heartily agreed that they would.

Sounders stressed the importance of students getting involved in summer jobs and internships as soon as possible.

“I think that summer jobs, like working in the industry, are really good for gaining hands-on experience,” said Sounders. “And even during college, Harrison and I both worked on a farm part-time, and it’s helpful getting plant knowledge and getting your hands dirty. The more you work out in the field and the more knowledge you gain, the more respect you’ll have once you get your full-time job.”

What have you learned?

In the time they’ve worked with Pickel, both Fritz and Sounders say they’ve learned more than they ever thought possible about the green industry, what it has to offer and what it takes to be successful at your job.

“For me as a woman, it takes a lot of determination to push through since it is such a male-dominated major and industry,” she said. “You kind of have to prove yourself right off the bat and work hard to prove yourself.”

Fritz says he’s learned a lot about his current position on the job and agrees that it takes practice and determination to really hone your skills, especially when it comes to customer relations. Since aspects like customer relations aren’t typically covered in landscaping and horticulture courses, Fritz says that’s one particular aspect of his job he’s had to work on daily.

“(To be successful), it takes constant communication, being informative and being a team player,” he said. “And also, don’t be afraid to go out there and get stuff done. Be proactive.”

Being involved first-hand with an actual landscaping company allowed Fritz and Sounders to understand the details that go into planning for each season. Both agree that Pickel wasn’t lying when he said spring was a crazy time for them, and that they have to be willing to roll with the punches daily.

Sounders notes that unlike in her college courses, there’s always something new to work on and a new challenge that comes up every single day. Fritz adds that this in itself is reason enough for students to participate in summer jobs and internships. By taking part in these jobs and internships, Fritz says it allows students to be more aware of the challenges landscapers face in the industry, and it helps debunk the misconception that it’s “just mowing lawns for a living.”

When asked what their parting wisdom would be for students interested in pursuing the green industry, they agreed that on-the-job experience is mandatory. By actually getting out in the field, performing tasks and talking to landscapers, the industry knowledge can permeate a little faster and stick more solidly.

Both agree that understanding proper leadership techniques is also key when considering the green industry, as it’s very possible to start at the ground and work your way up quickly at a landscaping company.

Networking and establishing relationships can ultimately pay dividends in the long run, and Sounders recommends keeping in contact with former classmates and professors after graduating. You never know when you may need to call on someone to help solve a problem, and keeping the lines of communication open can prove beneficial.

The final piece of knowledge they imparted was to always pay close attention to the plant identification courses offered in school because the information will be used on an almost daily basis. No one, Sounders said, will want to hire a landscaper who doesn’t know basic plant names. 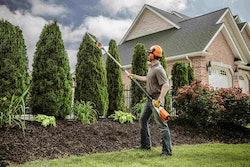 Equipment matters: The battle for battery 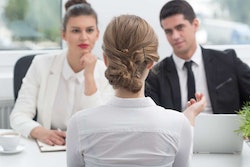 Bringing them in: Recruiting student labor 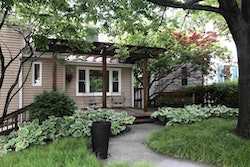 Green lawn alternatives for when grass isn’t cutting it 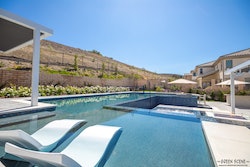 What it takes to create a showstopper backyard pool 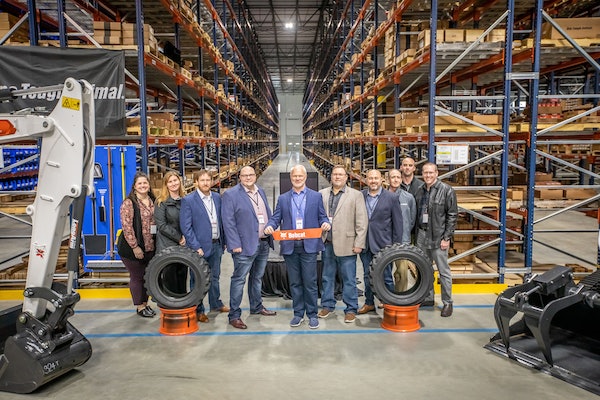