Business bests: Standing up to racism

Recently, a video of a confrontation that occurred in Running Springs, California, featuring a Mexican-American being yelled at by a woman went viral.

In the video, the woman tells the man, Esteban Guzman, to go back to Mexico, along with other racial slurs. Guzman, however, is a 27-year-old from California who recently graduated from Cal Poly Pomona.

Guzman and his mother were doing some landscaping in a client’s yard when the neighbor came out and began berating them.

While Guzman is an IT systems administrator who works part-time landscaping and construction jobs on the weekend, it is always a possibility that someone on your crew could find themselves in a similar encounter, especially as topics such as immigration become more heated.

According to the National Hispanic Landscape Alliance (NHLA), more than a half-million U.S. Hispanic families depend on the landscape industry for their livelihood.

Even if your workers are born and raised in America, sometimes people will make assumptions that will lead to racist comments being made. As an employer, it is your job to protect your employees from harassment, and standing up for them will also speak volumes within your business.

If for whatever reason you or one of your team members ends up in a situation like this, here are some tips on dealing with racist customers or comments from strangers.

There is a reason why they say to take the high road. Trying to shame or humiliate the people saying hateful comments will only drag you down in the mud with them. Even though almost any racist remark could provoke you to lash out in return, resist the urge.

“There’s already a wall between you and the other person, and the wall is going to get taller if you start yelling,” Phyllis Hartman, founder of PGHR Consulting, told Moneyish.

In today’s times, there is always a camera rolling and even if there isn’t, you want your actions to be above reproach. You are a professional, so strive to act like it. Even just taking a minute to take some deep breaths can help you remain in control before you speak.

Ignoring racists comments or trying to make light of them may de-escalate the situation but it also gives that individual the impression that you agree with them or think that what they are saying is within the range of respectable opinions, when believing that someone is inferior because of their skin color or ethnicity is not a respectable opinion.

When you make a joke or try to laugh off the criticism, this tends to minimize the act and make the person think it’s a funny situation.

“Because then they think that it’s okay in a joking way,” Di Ann Sanchez, human resources and diversity expert, told Moneyish. “Even if you make a joke about it, and you come back in a light manner, they’re still going to think it’s okay. And they’ll do it again.”

One way to be sure that you address it immediately is to have a go-to response ready. Hearing racial slurs can come out of nowhere, so you need to be prepared with a rational response. Sometimes being caught off guard can leave you stunned and unable to answer them calmly.

Calling out a customer’s racists comments toward your crews doesn’t need to provocative, but you don’t have to give them a pass either. While you can’t change anyone’s mind, you can share your perspective, your story and your experiences to help give them a more informed view towards others.

Some people speak with racial bias simply because they assume everyone thinks the same way. Voicing that you don’t agree and won’t tolerate that sort of language directed towards your workers can cause them to reconsider their words and actions.

Of course, there are going to be those who actively choose to hold on to their hostile views towards certain races and that is when you will have to decide if they are still worth the business.

Regardless of how you decide to handle the event, always document the incident, including the date and time. Record what was said between the employee and the client or between you and the customer.

If you have physical evidence of the dispute from pictures or videos, these can help defend you if the person tries to claim any falsehoods about the situation. 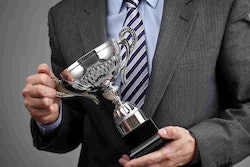 Show them what you’re made of: Participating in industry award programs 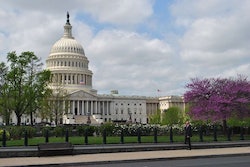 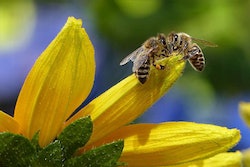 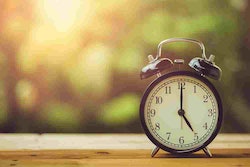 Extended hours: Making the most of the daylight