SnowWolf’s UltraPlow and QuattroPlow series snow plows are now available with an optional redesigned A-frame known as the FlexFrame.

The FlexFrame allows the plow to float up and down with the contours of the ground while maintaining effective down pressure on the plowing surface.

When working with the traditional A-frame design, which the company says is rigid, skid steer operators have to tilt the machine up in order to provide greater down pressure on the blade in order to plow spots that have a lower elevation than the rest of the plow surface.

This requires taking the front wheels off the ground, leaving the user with limited traction with all the forward drive being directed to the back wheels. This method is not even possible with a wheel loader or tractor, as it causes the operator to lose steering and control of the machine.

SnowWolf says with the FlexFrame feature, the plow can rise and fall while keeping the machine’s wheels on the ground.

Both the UltraPlow and the QuattroPlow have the ability to oscillate from side to side, so combined with the FlexFrame, the cutting edge can stay in contact with the plow surface without any input from the user.

The need for a floating moldboard became apparent after the introduction of the QuattroPlow.

“We make UltraPlow blades from 6 to 11 feet in length and the wings on a QuattroPlow add another four feet,” said Jerry Holman, SnowWolf president and product development manager. “As the blade gets longer and longer, low spots become more of a problem when your A-frame doesn’t allow the blade to float.”

The FlexFrame system features the semi-floating torsion technology from SnowWolf’s FlexPlow. Landscapers can apply pressure on the blade from zero foot-pounds to 1,500 ft. lbs. by rolling the attachment plate forward or backward.

The system also protects against obstacle strikes, absorbing the shock. The weight of the plow also rests on the torsion system.

SnowWolf says it introduced the new A-frame so contractors won’t have to purchase entirely new attachments. For those who already own an UltraPlow or QuattroPlow, they can replace their frames by pulling two pins, removing the cylinders, taking out the old frame, placing the new floating frame, reattaching the cylinders and reattaching the plow.

“We always want our customers to have the most advanced snow removal equipment on the market,” Holman said. “We design retrofits like this whenever possible, so they can get it without seriously impacting their budgets.”

The forestry and wood recycling equipment manufacturer, Morbark, is now offering its iQ-View Smart Controller on its 3.0L gas engines for the Beever M12R, M12D, and M12RX models.

The controller displays engine and machine parameters for the user as well as controls the chipper’s auto-feed function. On the display, the operator can select four parameters to display simultaneously and a second screen can be set to show four other parameters.

Produced by Industrial Electronic Controls (IEC), the iQ-View comes with three preset speed settings for chipper operation: for brush, wood or factory setting. Operators can also make a custom setting in order to increase productivity. No computer is needed for field configuration.

“We saw the need for operators to have an easier way to adjust the feed for the different types of material they’re chipping,” said Casey Gross, Morbark director of tree care product sales. “The settings are designed to optimize chipper efficiency, improve output and reduce downtime.”

Landscapers can quickly troubleshoot problems with on-screen diagnostics and the unit can also alert the user of potential issues, such as the engine overheating, high oil pressure, or low battery voltage.

“We are very excited to launch this new product enhancement with Morbark,” said Joe Benjamin, IEC CEO.”Engineering in our iQ-View Smart Controller gives them a significant market advantage.”

The Interlocking Concrete Pavement Institute (ICPI) has found for the seventh year in a row the combined sales of segmental concrete pavement products in the United States and Canada have increased.

“The demand for traditional and new segmental concrete pavement products continues to increase,” said Kendall Anderegg, ICPI chair. “In fact, both residential and commercial sales grew because many homeowners, businesses, and government officials realize that no other pavement system offers the durability, design flexibility, sustainability, long-term cost-effectiveness, safety and appearance like concrete pavers.”

Residential products represented 77.9 percent of sales, while commercial applications made up 12.5 percent of sales. Government and industrials sales were 8.2 percent and 1.4 percent, respectively.

Fiskars, known for its orange-handled scissors and other everyday tools has introduced a new line of pro utility knives in the hardware category.

The company says these knives are sharper, smarter and more durable with professionals in mind.

The key features include a long-lasting blade, thanks to a CarbonMax coating that keeps the blade sharp 24 times longer than competitive blades. There is also better blade security with accidental blade release prevented by an improved locking system, audio and visual locking cues and smarter button placement. Tabs ensure the blade won’t pull out when twisted.

The blades feature multiple grips and easy-access buttons to enhance ease of use.

Below are the knife types and their features: 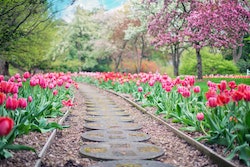 How to: Edging material options and installation 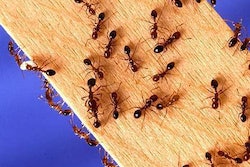 Fire ants: How to control the fiery fiends 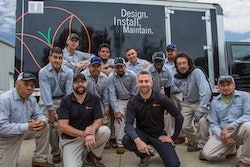 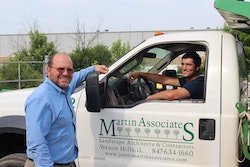