Many a landscaper lists communication as one of his or her keys to success, but communication isn’t just about responding promptly to emails or saying the right thing.

Body language can have a huge impact on how people perceive your sincerity, credibility and trustworthiness. When your words don’t match up with what you are communicating nonverbally, people tend to interpret your actions as the truth rather than what you are saying.

Knowing how to properly read and communicate with nonverbal cues can help you collaborate with both your customers and your employees better.

One of the number one cues that allows people to know almost instantly whether a person is engaged or not is if they are making eye contact.

Holding someone’s gaze can convey your level of involvement and interest in what a person has to say. Be careful not to merely glance at someone for a second, as this can imply anxiety or evasion.

Failing to maintain eye contact can imply to others that you have low self-esteem or a lack of confidence, making it harder to trust you and your ability to get the job done.

Similarly, staring at someone intensely can also evoke discomfort in others or come across as either seeming overeager or overcompensating for actual disinterest.

“Studies suggest that holding eye contact while speaking has an enormous impact on your ability to persuade,” Tonya Reimain, author of The Power of Body Language, told Business Insider. “Lack of eye contact often implies deception.”

You were probably told to sit up straight as a kid, but you probably never thought about how your posture can be interpreted by others. Slouching or leaning back in a chair could mean that you’re simply relaxed, but be aware that some can interpret this as you not taking the meeting seriously or that you don’t care.

Sitting with your spine straight and chin up or leaning in to your co-worker or customer lets others know you are actively listening and value their opinions. If you are standing and want to give off a look of confidence, stand tall and distribute weight evenly through your body. Not only does this send a wake-up signal to your brain that makes you feel more assured, it also gives off an outward appearance of strength and determination.

While it is easy to slump your shoulders due to a bad back or bad habits, it gives the impression to others that you are discouraged, tired or insecure.

Likewise, gestures that you often don’t give much thought to can convey a wealth of meaning to those around you. Distracting mannerisms such as fidgeting with your hands, hair or clothes, tapping your foot or checking your watch can indicate you are nervous, bored or already thinking about the next meeting.

One of the major gestures to avoid is crossing your arms. It can feel natural and harmless, but it can communicate discomfort or defensiveness, which you don’t want to come across as when you are trying to smooth things over with an upset customer.

Other nonverbal cues may be interpreted differently in various cultures but the facial expression for happiness, sadness, anger, surprise, contempt, fear and disgust are universal.

“Each of the seven basic human emotions (anger, contempt, disgust, fear, happiness, sadness and surprise) has been scientifically proven to have a certain facial expression associated with it,” Darlene Price, author of Well Said! Presentations and Conversations That Get Results, told Forbes. “Because your facial expressions are closely tied to emotion, they are often involuntary and unconscious.”

While a real smile conveys someone is friendly and open, forced smiles can come across as disingenuous.

Although it’s important to be aware of what face you are currently making when talking to a customer or employee, you also don’t want to have a blank expression and give no physical feedback just to avoid reacting. Raising your eyebrows, nodding and vocally responding (like ‘uh-huh’) will keep people from thinking you don’t care about what they have to say.

Probably everyone has had at least one argument about not what you said, but how you said it. This is because people not only listen to your words, but they also “read” your voice. This includes everything from your pace and volume to your tone and inflection.

This is known as paralanguage and consists of all the nonverbal elements of your voice. This is one nonverbal cue that can be distinguished even over the phone, as customers can tell when you are excited to do business with them versus being skeptical or disinterested toward their request.

It can sometimes be hard to keep anger or frustration out of your voice if you have had a particularly challenging day, but it can also be picked up on by others who may believe your tone is directed at them.

Avoid sighing or raising your voice but speak calmly, despite what might be going on.

It can be hard enough trying to monitor your own nonverbal communication, but you should also be attentive to other’s nonverbal cues as well.

If a certain employee constantly doesn’t look you in the eye, they could need a confidence boost but be careful to look at the nonverbal signs as a group. Consider all of the cues to see if they are consistent or inconsistent with what they are saying.

Sometimes you may not be able to pinpoint which nonverbal cue is off but if your instincts are telling you something is wrong, you may have picked up on a disparity between what is being said and done.

You can evaluate the signals but try not to overdo it or put too much weight on isolated behaviors. Context is the key to understanding what is going on between the layers of verbal and nonverbal communication. 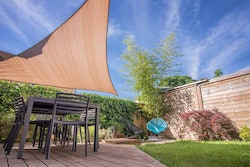 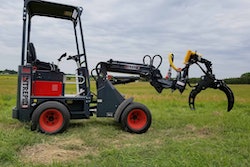 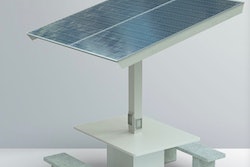 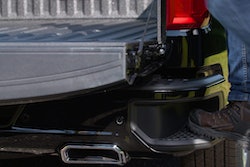