How landscapers can contribute to improving bee health

This Saturday marks National Honey Bee Day and you can take advantage of this day to share with customers facts about bee health and what your landscaping company is doing to promote it.

Bees are often in the news with some headlines threatening their disappearance as inevitable, but Frank Wong, Ph.D., senior regulatory affairs consultant for Bayer, says that although we still have a way to go in improving pollinator health, things are improving.

“I think things are getting better,” Wong says. “A lot of people are really focusing on honey bees as the canary in the coal mine type situation. I think over the last 10 years as we have seen more people become aware of issues as far as controlling varroa mite and also providing adequate food and forage, using pesticides properly, we’ve seen an overall trend toward decreasing honey bee colony losses.”

While it’s generally pesticides that are highlighted as the sole culprit for the European honey bee’s decline, there are a number of other factors at play as well.

Some of the other stressors that honey bees face include varroa mite infestations, various pathogens and viruses, loss of habitat and forage sources as well as lack of diversity and quantity of forage sources.

“Varroa mite is still a bear to manage,” he says. “That pest is found in so many beehives right now and there’s not a lot of great solutions for that. As I understand, there’s a lot of miticide resistance out there already so even chemical controls of the mites is very difficult. Folks are just starting to crack the field on understanding a lot of the invasive diseases and viruses that are showing up in honey bee populations as well.”

According to Wong, an acre of flowers is needed to feed one hive, yet in more urban areas, this truly becomes a challenge.

Not only does urbanization reduce the amount of forage available for bees, but it also increases the temperature of the area through the heat island effect. Research from NC State University found that even when yards offered more flowers, the higher temperatures attracted fewer bees.

High temperatures have been found to reduce bee survival, making them more susceptible to pathogens or less able to forage, so the researchers suggest ensuring pollinator communities are shaded as well to help reduce the temperature of the space.

One thing that is often misunderstood when people bring up bee health is the stats are often only referring to the European honey bee and not the 4,000 other bee species native to North America.

According to Wong, in 2016 the USDA held meetings to discuss how to measure native bee health, but even the experts couldn’t agree on what was a good form of measurement. In fact, the 76 pesticides that the EPA considers acutely toxic to honey bees are only referring to the European honey bee.

“(The) EPA has taken the position that practices good for the honey bee (such as following the label, planting more forage, etc.) help all pollinators but does recognize that different species (and more importantly different classes/orders/families) have different pesticide sensitivities and biological niches,” Wong says.

Another common misconception is that if a homeowner finds dead bees, it must be from a pesticide or varroa mites.

“People don’t recognize that bees do have pretty short lives and the overall renewal and health of the hive is often more important than the individual,” Wong says.

As far as pesticides go, many misunderstand that even organic options like neem oil can harm bees if you don’t read and follow the labels.

“A lot of public focus has been on neonicotinoids but it’s more about being educated and using pesticides properly rather than banning this or that,” Wong says.

How landscapers can help

It may sound simple, but one of the best ways landscaping companies can help bees is to create functional, diverse landscapes. While 15 years ago most new houses got a cookie-cutter landscape to go with it, Wong advises against this.

“We want to get away from that bland uniformity and really be more mindful of what we’re putting in urban areas,” he says.

For clients who are reluctant to attract bees to their backyard out of fear that they or a loved one will get stung, Wong says that generally, insects are more afraid of you than you will ever be of them.

“Be mindful of not agitating them when they’re foraging,” he says. “Generally, bees are foraging out in the morning and not in the later parts of the day. There’s kind of a pretty small window when you have a lot of bee activity.”

Yet he acknowledges those who are allergic to bee stings have to be rational and should opt to stay on the safe side.

Meanwhile, on the pesticide aspect, the main rule of thumb is to ingrain in your pesticide crews the importance of following the labels.

“I don’t think that pesticide use is the driving factor (of bee health) but you can certainly damage or kill pollinators if you’re using pesticides irresponsibility,” Wong says. “Proper use of materials as far as reading the label, understanding what you’re using it for and just not going out willy-nilly with applications and being educated about what you’re doing is really, really critical.” 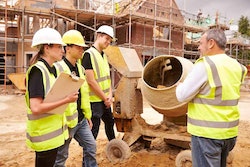 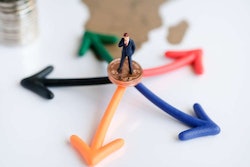 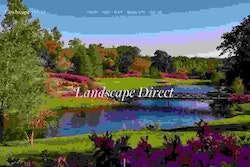 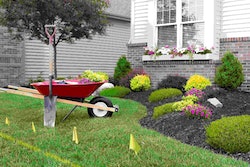 Getting involved with your local damage prevention committee can save lives