Now present in nine Ohio counties, parts of New York and Pennsylvania and Canada, The Washington Post says there are no signs that the spread of beech leaf disease is slowing down.

Specimens of these leaves were sent to United States Department of Agriculture (USDA) nematologist Lynn Carta in Beltsville, Maryland, who discovered these worms were related to a bush-dwelling nematode known in New Zealand but never seen in America, according to The Washington Post.

While McCann has his doubts that the nematodes are the sole cause of beech leaf disease, others see it as a potential lead to unveiling the true cause.

McCann notes that feeding by these nematodes typically creates discolored or dead spots on beech tree leaves, not the linear bands found in beech leaf disease, according to The Washington Post.

After receiving extra funding in June to pursue further research, The Washington Post reports that Jennifer Koch, a Forest Service biologist based in Delaware, Ohio, and scientists at the Holden Arboretum in Kirtland, Ohio, will use part of the funding to infect healthy beech trees with the nematodes to see whether or not they get sick.

Currently, there is no quarantine issued on the trees, even with the recent nematode discovery, but a few experts are concerned that shipment of infected beech trees could inadvertently spread the disease, much like the situation with the emerald ash borer (EAB).

Beech leaf disease was first discovered in Lake County, Ohio, in 2012 and can be identified by the presence of curling leaves with dark stripes. The leaves will begin falling earlier than normal, which will prevent the tree from blooming the next season.

The disease has been known to affect both the American beech (Fagus grandifolia) and possibly the European beech (Fagus sylvatica), and symptoms can first be noticed on the buds and leaves.

The striping can be more apparent when viewed from below, and the darkened leaf area will be slightly thicker and raised than the surrounding leaf tissue. Lighter, chlorotic striping may also occur as the disease progresses.

The beech trees will begin to show heavily shriveled, discolored, deformed clusters of leaves near the branch tips in the later stages of the disease, and leaf and bud production will also be reduced. Buds that are produced are likely to be attached weakly to the twig and small in size, and mortality has mainly been noted in saplings. 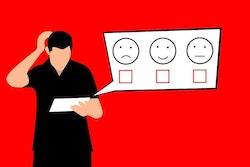 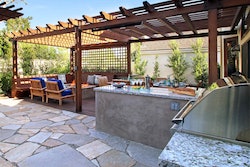 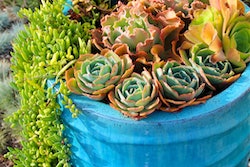 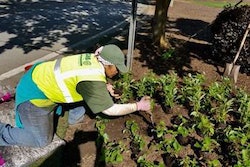