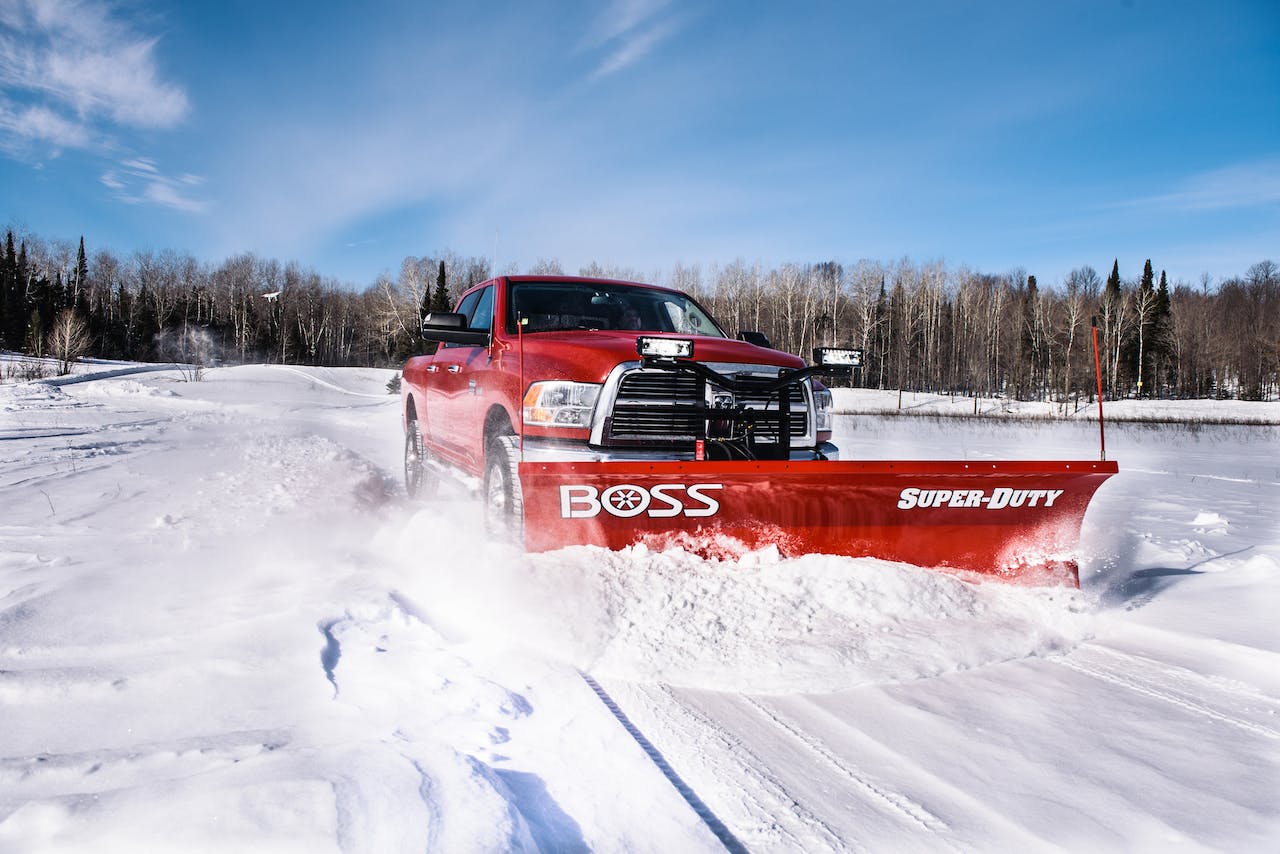 One basic decision will be what snow plow blade to use. Several factors will influence your choice, including the type of snow removal jobs you usually do and the host machine or truck you plan to use.

“Each kind of plow, whether it is a straight blade, V-plow or expandable wing, has its place — just as a hammer, screwdriver and saw are different tools for different needs,” says Doug Clark, a product manager for Western Products.

And no one blade does it all.

“V-blades may be the Swiss Army Knife of plows, but if the site is a large, open lot, an expanding blade is more efficient,” says Jen Strelcheck, a product manager for Boss Snowplow. “Straight blades may get the job done, but a V-blade will save time cleaning up trails and completing and finishing work.” Because of this, Boss developed a ‘Plow Selector Tool’ to help users narrow down the options if they’re selecting a blade based on an existing truck in their fleet.

Below are some of the common plow options and the types of jobs for which they’re best suited.

Clark says that if the skill level of your workforce is fairly new to plow driving, it is better to pick a blade with easy up/down and left/right controls.

“Straight blades are a low complexity, lower cost solution that provides the best bang for your buck for more basic operations or areas that do not see significant snowfall,” says Tyler Jones, a product manager for Fisher Engineering.

For regions that receive two to three snowfalls ranging from 1-6”, there may not be a need for a more complex blade.

The V-plow, or V-blade, design was introduced in the early 80s and experts agree that while no one plow is perfect for every job, they usually recommend using a V-blade. 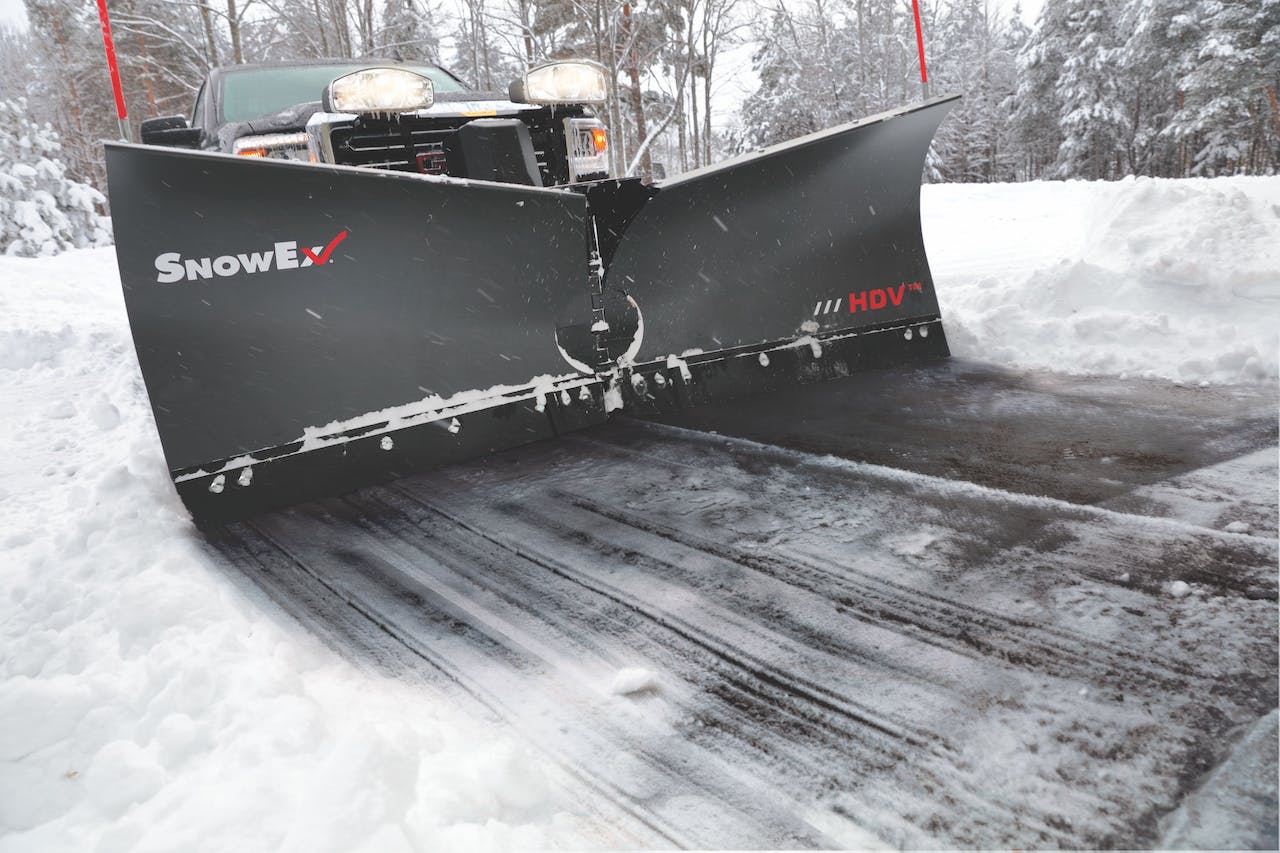 Experts agree V-blades are a good option when you are clearing a variety of job sites.
Photo: SnowEx

“If I didn’t know what type of jobs I would be picking up for the season, I would choose a V-blade,” Strelcheck says. “It is the most versatile for all snow types and depths, as well as all job types. From wide open lots to tight quarters, like gas stations and bank drive-throughs, the V-blade does it all.”

For those working in regions that receive more than five storms a year with at least one dropping more than a foot of snow, the V-shape of the plow works well to cut through deep, packed snow drifts.

“Any jobs that have a lot of parking lot islands or small/narrow connecting roads need a lot of clean-up passes, and that is where the scoop feature of a V-blade excels,” Strelecheck says.

James Hornung Jr., president of Elbers Landscape Service, Inc. based in Buffalo, New York, says he uses V-plows in most applications because they work in the city, and it allows the company to stack snow, saving time and providing value to the customer.

While they tend to be the most universal, V-plows also run at the highest price point.

There are several different types of these blades, including fixed wings, detachable wing kits and the expandable wing plow.

Wings can help on jobs where you need to cover a lot of acreage, reducing the number of passes needed. According to Strelcheck, these types of plows are also slightly pitched forward so they will reduce the amount of snow left behind. 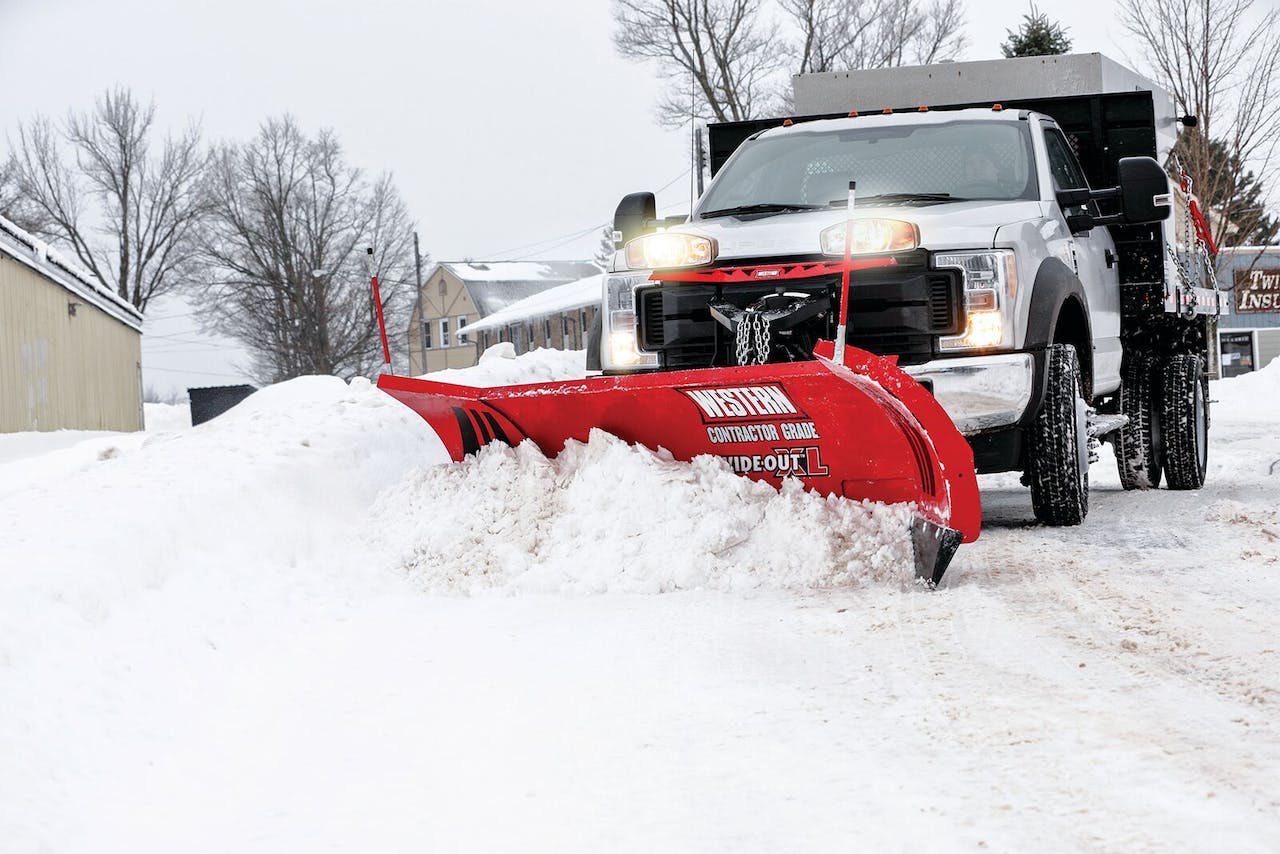 Blades with wings can help reduce the number of passes needed when covering a large property.
Photo: Western Products

“Wing blades have proven to be effective in large areas as well as when cleaning up drive lanes,” Hornung says. “They minimize the ridges that can be left by traditional straight blades when plowing around parked vehicles.”

It is important to be mindful when choosing fixed wings, as these can sometimes put your plow outside the legal width limits. With wing kits, operators can remove these between sites.

“Anytime a plow is wider than the power unit, specifically trucks, it adds a level of complexity to the operation because locational awareness must be heightened beyond traditional driving techniques,” Hornung says.

The expandable wing plow has been around for about 15 years, Clark says.

“Expandable plows are the best option when you have skilled operators and a need to switch from very wide to very narrow,” Clark says. “They are also preferred when you want to be able to add more accounts without adding plows as often and when you have to plow large areas and carry a lot of snow.”

Unlike the other wing blade options, there aren’t really any drawbacks to expandable wings, according to the experts who spoke with us.

Some plows tend to be more popular in certain regions, such as rear-mounted plows in New York.

“In Western New York, rear plows are almost standard equipment for anyone in the snow business, but that is not the case in many other heavy snow regions of the country,” Hornung says.

Hornung says that in his experience, rear plows have helped his crews improve speed and safety by reducing the number of times the truck has to turn around, and they are far better for dragging situations.

Rear plows are also best suited for clearing residential driveways since they allow the operator to back into the driveway and pull the snow out to the road rather than pushing it in.

The main disadvantages of rear-mounted plows are that snow must be driven over first, packing the snow, and it inhibits the use of a spreader. It can be harder to maneuver, and drivers must remember the blade is there.

“The biggest drawbacks of rear-mounted truck plows are the additional workload on the operator created by two controllers and the additional weight and power demands made on the truck by having two plows,” Hornung says.

For landscapers wanting to put their skid steer or wheel loader to good use during the winter, Clark says a snow pusher is a good tool for the job. Sites with a large area to cover or those that receive an abundance of snow that have to be cleared in a short amount of time are ideal for snow pushers.

“If you can dedicate a piece of equipment to a site, a snow pusher is the perfect complement,” Strelcheck says. “Be careful when bidding ‘open 24-hour’ locations, because you may have to plow around vehicles with your equipment, and this may take more time than previously thought.”

The major shortcoming for snow pushers is that they tend to be too large to transport from site to site or require a trailer, according to Jones and Clark.

“Typically, the plow and equipment are dedicated to one site and cannot be easily moved from one site to another,” Strelcheck says. “They are also hard to maneuver around parking lot obstacles like islands. Loaders and large box plows cannot get into tight quarters like loading docks or easily plow around parked vehicles.”

Once you’ve decided on a plow design, you need to look at which blade material – poly or stainless steel – works best for your operation.

The pros of using a poly plow are that snow sticks less, there is zero corrosion and there is reduced paint maintenance. 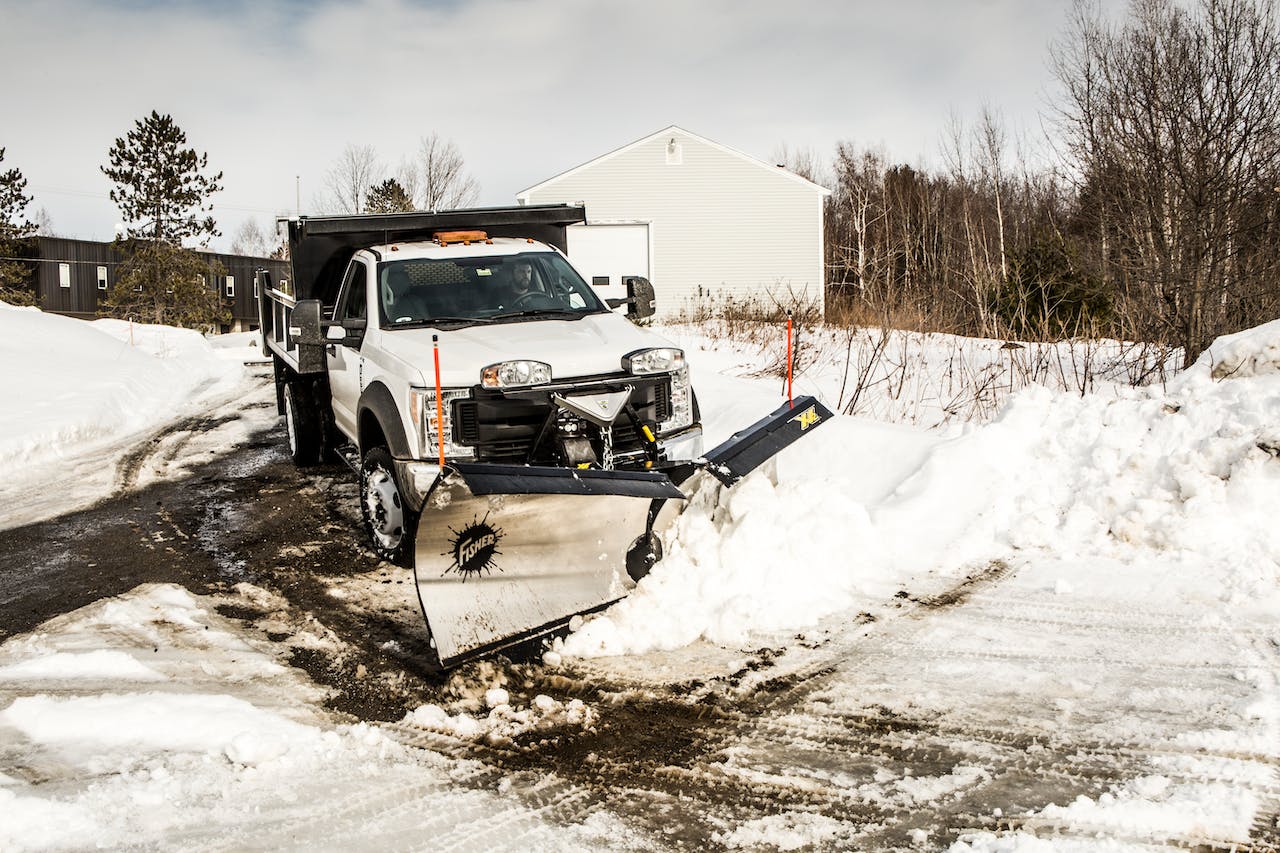 The V-blade design was introduced in the 1980s.
Photo: Fisher Engineering

“A common misconception is that plastic is weak or brittle in the cold, but Boss’s poly blades are made from UHMW (ultra-high molecular weight) plastic,” Strelcheck says. “This material has a high impact resistance, even in extremely low temperatures, and will hold up to the same conditions as a steel blade.”

While it’s commonly believed that poly blades are lighter than steel, they tend to end up heavier than steel versions once they are properly attached, according to Boss Snowplow.

“In theory, poly may not offer the same abrasion resistance as steel and therefore may have a slightly lower lifespan than steel based purely on abrasion wear and not corrosion,” Jones says.

After deciding on both the design and material, there are still other features to think about when choosing the best plow for your operation.

Paying attention to the lighting packages, controller options and tripping styles are all important elements that can help you choose between the options.

“Standard features are important but not all standard features provide the same value to each user,” Jones says. “Wise factors to consider when shopping for a plow are cost of ownership, identifying which parts are wear items and their cost. Also, replacements for electrical components such as models, lights and controllers should be priced out. A new plow may be priced competitively among brands, but dealer support and cost of ownership are also important cost factors.” 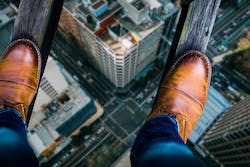 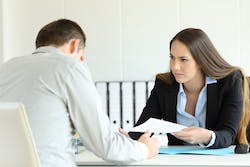 The right way to be the bearer of bad news 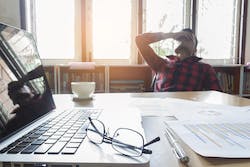 Mistakes to avoid as a landscape company owner 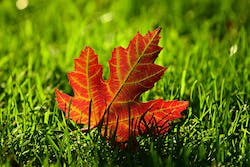