The machine is powered by a 25-horsepower Perkins diesel engine and it has a 5.1 mph to speed. The RT-25 has a rated operating capacity of 665 pounds, a tipping load of 1,900 pounds and an 8.4-foot lift height.

“Despite its small size, the RT-25 is no toy,” says Justin Rupar, vice president of sales and marketing for ASV Holdings Inc. “It includes many of the features that define ASV CTLs and make them productivity-boosting powerhouses, all in an incredibly compact package. We made the machine economical so small- to mid-sized contractors and rental centers can take advantage of its versatility, lightweight qualities and ability to get otherwise difficult jobs done quickly.”

The unit also features a 3,755-pound operating weight, reducing the risk of turf damage. It also allows for increased flotation and traction for snow clearing on sidewalks and driveways.

Operators can transport the RT-25 on a trailer pulled by a ½-ton pickup truck and the CTL has straightforward controls for easy operations.

Maintenance points are within reach thanks to a large hood opening that provides access to all sides of the engine.

The RT-25 has a high auxiliary circuit flow rate with an 11.3-gpm pump capacity and 3,000 psi system pressure. It can operate a number of different attachments. ASV says the RT-25 will replace the RT-30, which will be discontinued.

Case announced it has made a number of updates to its N Series backhoe loaders for 2019.

The updates include industry-exclusive PowerBoost, which is a button on the left-hand backhoe joystick that operators can use to increase hydraulic power without decreasing engine RPM. The horsepower on the 590SN Wide Track models has also been increased to 110 horsepower.

The manufacturer says this feature is ideal for digging in tough conditions. The N Series will also still feature PowerLift, which will allow for added lifting power at lower engine RPM.

A new factory-installed hydraulic thumb comes on all extendahoe models that improves material handling and is compatible with either a mechanical or hydraulic bucket coupler, allowing users to change attachments without it affecting the thumb installation.

The loader joystick now also features three new switches that simplify its operation. A declutch trigger on the back of the joystick allows for ease of use while performing repetitive tasks. A roller/rocker switch can be locked in the forward position for attachments like snow blowers. A new F-N-R switch allows for quick directional changes without having to take your hand off the joystick. The roller switches for auxiliary and extendahoe control have also been enhanced.

Case says it has also increased user comfort with new cushioning on its seats and a hands-free Bluetooth radio has been added. Click here for more information.

The new models will feature Kubota D902, replacing the D722, and the engine produces more power at lower revs and 50 percent more torque compared to the previous models.

Avant says it has reduced the number of hydraulic hoses and valves responsible for the heat generated by the hydraulic fluid. This creates less stress on the engine and reduces fuel consumption.

The back frame of the loaders has also been updated for better access.

Avant also has the new 530 which is similar to the 528 model, but boasts of a two-speed drive motor, making long-distance driving faster. It has a maximum speed of 11 mph and 10 percent more pulling force compared to the 528 model.

It has the same dimensions of other 500 series loaders, making it small enough to be able to fit in a number of tight places.

Yanmar is expanding its UTV offerings with the new Brahma diesel model, plus a gas-powered special edition Longhorn, which seats six passengers.

“Yanmar is respected world-wide for their reliable and economical diesel engines, so it only makes sense to offer UTVs powered by a Yanmar diesel engine,” says Jason Fitch, UTV division manager. “We are excited about the launch of the Yanmar powered Brahman Edition and what it will mean for our customers, dealers and the Yanmar brand as a whole. After all, Yanmar is diesel; they developed the world’s first commercially viable small diesel engine, which lead to the global industry as we know it today.”

The Brahma is powered by a Yanmar three-cylinder diesel engine and comes with three different trim levels. The base canopy model has a hard-top roof. The next level is the semi-cab model that comes with a front windshield, rear window and extra storage space. The premium cabin model has weather sealed door channels, powered dump bed tilt, and an automotive-like HVAC system.

The Brahma diesel is scheduled to arrive early 2019. 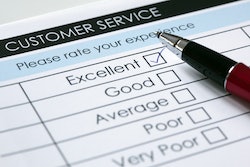 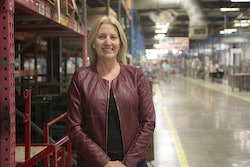 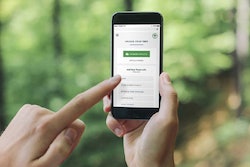 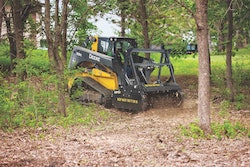