What’s in it for me: Getting the whole team involved in sales

At the Gulf States Horticulture Expo held in Mobile, Alabama, Parke Kallenberg with Advance Consulting Group discussed how landscaping companies can get every member of their organization involved in sales.

Yesterday, we talked about a few methods Kallenberg says landscapers can implement to take their sales upward, as well as get the entire company involved and invested in the process. Today, we’ll take a look at what’s in it for you and how to foster a bit of healthy competition among your sales team.

What’s in it for me?

Employees not involved in the sales aspect of your landscaping company might find themselves still asking, why and how would I even get involved in selling for my company?

Kallenberg stresses that when he says everyone gets involved in sales, he doesn’t mean that you ask every individual to actually close sales. What he means is that they are asked to take part in reticular activation, which simply means finally noticing something that’s been in front of you the whole time.

For instance, Kallenberg recommends talking to all employees about keeping their eyes peeled when driving to and from work every day. Perhaps there’s a property your company could be maintaining but you just haven’t noticed it yet.

These previously undiscovered properties can become new sales, and the employee who brings in the lead could be rewarded in some way for that work.

Or, he suggests, if you have someone in the company like an office manager who wants to get involved, have that person go back through old customer files and see which accounts could be worth going back after.

We’re all aware that competition is fierce in the green industry, especially if you service a smaller area with multiple other landscapers around. But Kallenberg stresses that in your pursuit of new properties, never put down the work of another landscaper just to make your sale.

It’s no secret that a bit of competition can drive your team to do better and increase engagement, which is why Kallenberg says creating a lead list is extremely beneficial.

Having a lead list will give employees a visual representation of what they are working toward, as well as where they stand with their fellow workers. Kallenberg says having a lead list makes the sale process more fun and engaging, and it holds those in the sale department accountable for following up.

Kallenberg does warn that your sales team might fight this kind of process at first, but the more you encourage them, celebrate their successes and continually seek to improve, he says it can prove to be more beneficial than you ever thought possible.

Instead of having one salesperson talking to 10 clients, Kallenberg says to evenly split the leads among your sales team to keep the bulk of the work from falling on one person. He also recommends that when someone sells, be sure to reward them for their hard work to also try to boost the competition.

Kallenberg says not to set a limitation on your growth by looking for qualifying opportunities. Talk to property owners about their last landscaper, such as what the customer did and didn’t like about them, what could have been done better and whether or not you can address and fix any issues.

Kallenberg says many landscaping companies also get concerned about having to raise prices, as they are under the impression that this will cause customers to leave. Kallenberg says that based on his many years of experience, price isn’t the issue when it comes to choosing a service.

Take, for instance, your favorite restaurant. Is it the place that has the cheapest food, or is it the place with the nicest employees, the cleanest facilities and the nicest looking landscaping?

“The reason people cancel you is perceived value, not price,” he says.

The art of referrals

One does not simply walk up to a customer and ask for a referral. It must be done with tact and strategy if it’s going to be successful, according to Kallenberg.

Start the process by inviting a client to lunch and asking them to bring along a friend of theirs that might be interested in your services sometime in the future. During the lunch, do not talk about landscaping at all. Take this time to listen to the phrases and words that person uses and steer the conversations toward them and their line of work.

By taking the time to treat them to a meal, you are slowly earning the right to talk to them about business later, and when you do approach them to talk, remember to use the words and phrases that are familiar to them to show you speak their language and relate to their way of thinking. This, Kallenberg says, will help them hear you a lot more clearly.

The one downside to implementing a lead list, Kallenberg says he’s found, is that your company’s close rate will drop at the beginning because you will be going after people who don’t change their landscaping provider often, which is ultimately a good thing for you.

After you get enough business in the pipeline, Kallenberg says the rate will kick back up. It’s important to keep employees upbeat and encouraged during this time and help them focus on having fun, retaining their quality customers and not forgetting the easy sales opportunities that present themselves along the way. 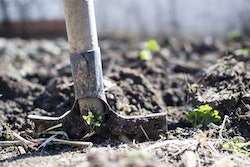 Landscaping tasks to give your clients’ soil a clean slate 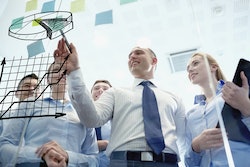 Team effort: Getting everyone involved in sales 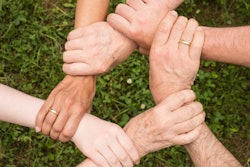 How to foster more teamwork in your landscaping company 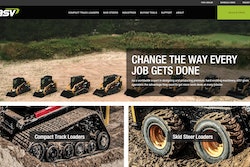