BYU – Provo picks up its third straight victory at NCLC 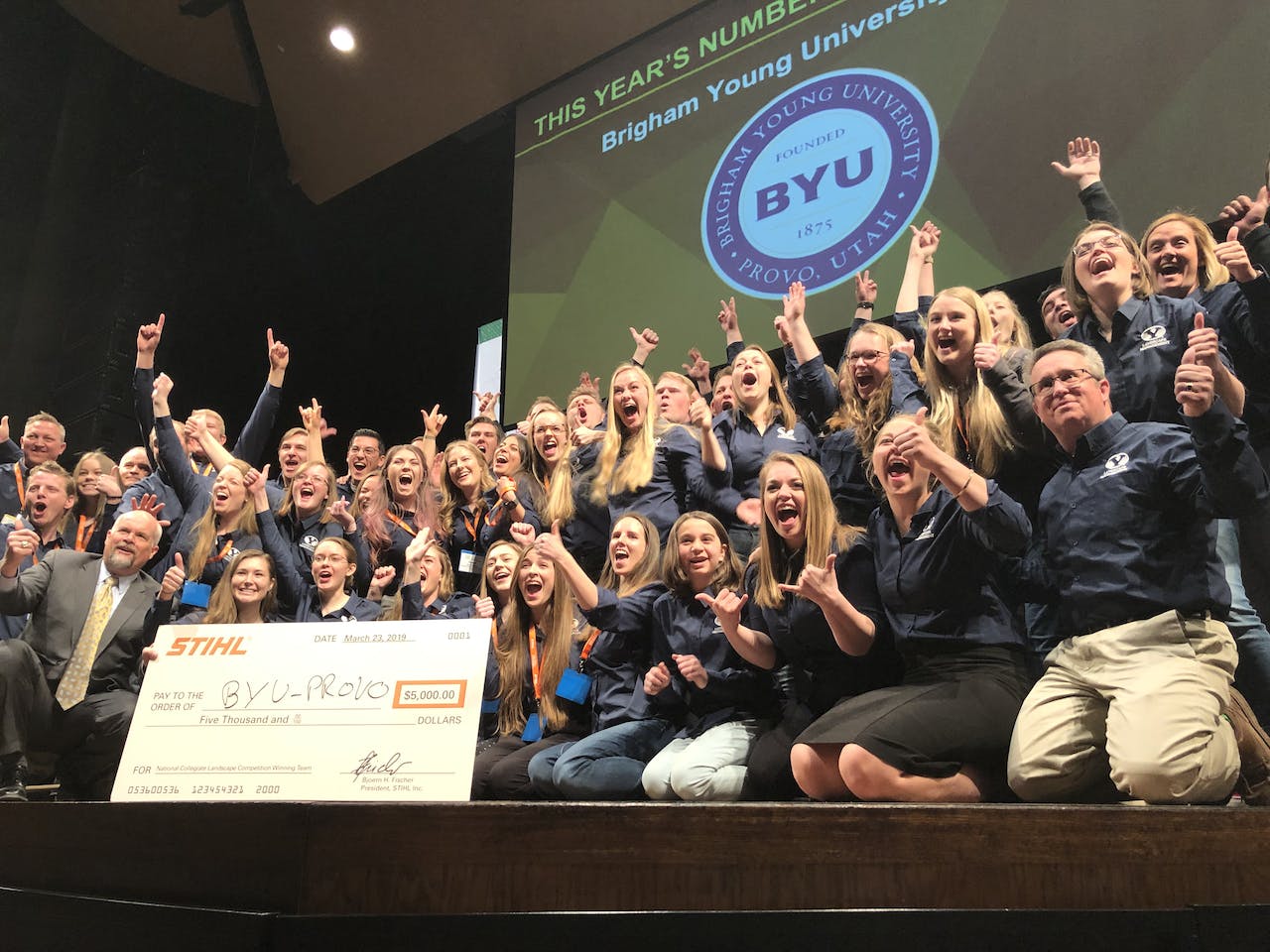 Students packed the house once more for the closing ceremony of the 43rd National Collegiate Landscape Competition (NCLC) at the Lincoln Center in Fort Collins, Colorado, on March 23, 2019.

There were 844 students attending this year’s event and this spike in participation did not go unnoticed by those in the industry.

“The Industry Growth Initiative (IGI) that the NALP has launched is probably the number one reason, in my mind, why there is so much more energy here, why the career fair sold out in three weeks, why there are record numbers of students and why sponsorship dollars are up,” says Roger Phelps, corporate communications manager for Stihl. “I think what’s happening is that the NALP with its Industry Growth Initiative has done an amazing job bringing awareness of who we are as a profession, what we do and how we contribute to communities.”

Stihl has been the platinum sponsor of NCLC for almost two decades now and Phelps says it is a matter of the industry investing and reinvesting in itself.

“When you think about the future of the landscape profession and you sit here and you look at over 840 bright, intelligent, motivated, energized young people, you realize that we absolutely have to be here,” he says.

He encouraged others in the industry who do not currently participate in NCLC to get involved.

“You can sit there and complain about the future and the workforce or you can get up and do something about it, and I think that if they showed up here and they saw what was going on, they would be amazed and impressed by it,” Phelps says.

Doug Halsey, with Ruppert Landscape and NCLC chairman, began the closing ceremony by thanking the scoring team for staying up late to calculate the final results, as well as Jenn Myers with the National Association of Landscape Professionals (NALP) for organizing the event.

“(Jenn) is the heartbeat of the event,” Halsey says. “She sweats the details.”

He also thanked Colorado State University for hosting the event and presented a plaque to Zach Johnson and Elizabeth Hobbs for keeping the event running smoothly.

Halsey then yielded the podium to Phelps. Phelps asked the students if they had fun and was answered with a resounding roar from the crowd.

Before announcing the winner of the #RealSTIHL Spirit Award, Phelps encouraged students to share their amazing stories about what they do and why they do it.

“Wake people up to this amazingly fun and rewarding industry,” he says.

The winners of the most participation in attending the career development series run by Ewing Irrigation and Hunter Industries was divided by the number of students. Kansas State University won the 25 and higher division, Auburn University won the 11 to 24 division and Spokane Community College won the one to 10 division.

The Outstanding Educator of the Year was given to Penn State University professor, Dan Stearns. Stearns has worked with his students for over 30 years and often provides advice even years after they graduate.

“This is quite an honor and a surprise,” he says.

He thanked his students, past and present, for giving him motivation, focus and always keeping him laughing.

Next, Halsey moved into the highly-anticipated portion of the closing ceremony, the naming of the first, second and third place winners of the 29 competitive events. Brigham Young University – Provo dominated, placing 17 times in events, and the second closest school was Cuyahoga Community College, which placed 10 times.

For the third year in a row, BYU – Provo won as the overall top school and won the $5,000 prize from the platinum sponsor, Stihl. This also means that for BYU – Provo senior Alyssa Brown, she has been part of the winning team all four years she has attended NCLC.

“Specifically, I feel like for my program at least it’s like this moment where we all come together and we come back super unified, and we’re re-centered on this is why we’re doing what we’re doing and we’re able to spread that among the other students and help them catch the larger vision of what the industry is and how we can contribute to our industry and society,” she says.

Brown also won first place in the two events she participated in this year: employee development and landscape plant installation.

The individual student superstars were Frank Vareska with Cuyahoga Community College in first, Colin Schulte with North Dakota State University in second and Bradley Hill with BYU – Idaho in third.

Below are the top 10 schools listed in descending order. The 44th NCLC will be hosted at Michigan State University in East Lansing, Michigan, on March 18-21, 2020. For a full listing of the winners for each event, click here. 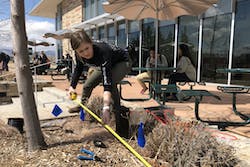 Students show off their industry skills during NCLC’s competition day 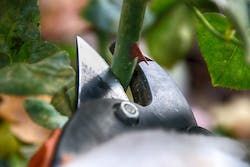 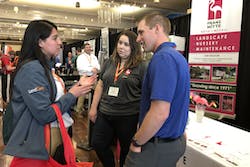 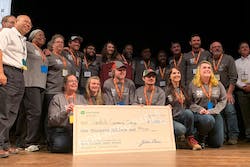