It’s hard to think of construction and construction materials workers without hard hats, but the ubiquitous headgear wasn’t always a staple on the jobsite.

The course changed in 1919 when the “Hard Boiled” hat was introduced. It was invented by E.W. Bullard, who based the design on the doughboy helmet he wore in World War I. When he returned from the war, he rejoined his family’s company, named Bullard for his father, Edward Dickinson Bullard, who founded the company in 1898 in San Francisco.

E.W. Bullard’s new invention fit with the company’s focus of supplying gold and copper miners in California, Nevada, and Arizona with carbide lamps and other mining equipment. The hat consisted of steamed canvas, glue, a leather brim, and black paint.

The inventor’s great-granddaughter, Wells Bullard, now runs the family-owned company, which has made numerous advancements in head protection over the past century.

“My great-grandfather built a suspension device into what became the world’s first commercially available, industrial head-protection device,” she says. “We may take it for granted today, but we are proud to be celebrating 100 years of an innovation that truly helped our country grow and keep the hardworking women and men who built it more safe.”

Though the first hard hat was invented 100 years ago, it would take several more decades before it began to take hold in the construction industry.

Here are some highlights in the 100-year history of the hard hat, as related by the Bullard company, which is spending 2019 celebrating the invention:

1933-1937 – The Golden Gate Bridge project becomes the first construction jobsite in the country with a designated “Hard Hat Area,” according to the Bullard company. The bridge worksite was also the first to make it a fireable offense to not wear a hard hat and follow other safety requirements, according to the Golden Gate Bridge Highway & Transportation District website. Bullard modified his mining helmet for the bridge project to protect workers from falling rivets, and the bridge’s chief engineer, Joseph Strauss, demanded employees wear a hard hat and follow other safety practices on the jobsite.

1938 – Bullard designed and manufactured the first aluminum hard hat. Being a conductor of electricity, however, aluminum was later replaced by other materials.

1982 – Bullard introduces a helmet with a nonslip ratchet suspension with a knob in back to adjust for fit.

Since the early 1980s, the hard hat has continued to evolve. It is often made from lightweight, durable polyethylene plastic. It doesn’t conduct electricity, and the plastic is treated with an ultraviolet inhibitor to weather the elements.

Bullard has upgraded the suspension systems in its hard hats and added easy-lock snaps, FlexGear for easy height adjustment and an enhanced brow pad. It has also developed vented hard hats.

Some have taken the hard hat even further with built-in fans, and most recently, Trimble added 3D hologram capability.

But despite the advancements, the hard hat remains the first line of safety – and the most recognizable feature – of today’s construction worker. 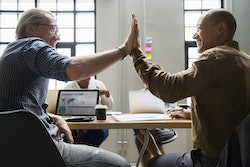 Tips for building a team culture that motivates employees 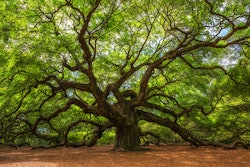 Preserving history: What you need to know about historic tree and site care 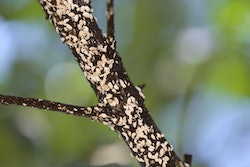 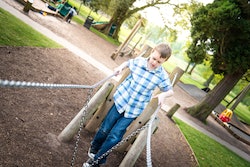 Creating a landscape design with autistic children in mind