Understanding and recognizing the shothole borer 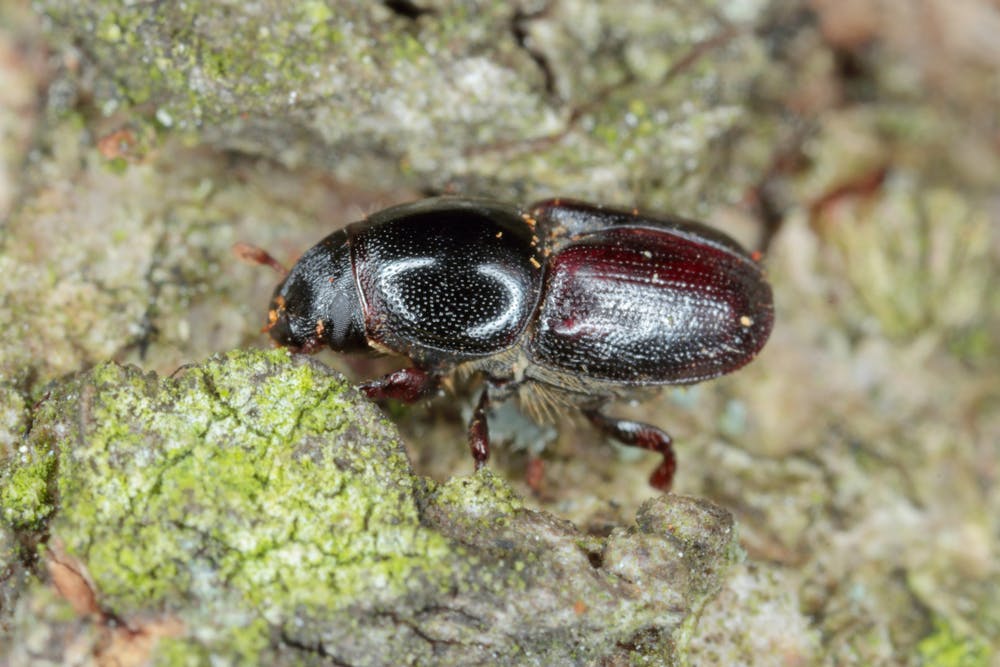 Recently, the polyphagous shothole borer, an exotic and invasive ambrosia beetle, was found in many tree species in Los Angeles, Orange, Riverside and San Diego Counties in southern California, according to the Journal of Economic Entomology.

The Journal reports that this Asia-native insect was first introduced to the United States in Los Angeles County, California, and since its discovery in 2003, the shothole borer has only spread throughout the state.

The beetle and the fungus

According to the Washington State University (WSU) Comprehensive Tree Fruit Site, all shothole borers are attracted to injured or stressed trees, and because chemical controls haven’t yet proven very successful, the best way to ward them off is to keep trees healthy.

The adult shothole borer will reach about 1 ½ long and will sport a browning-black coloring with brown legs and antennae. It will also have a short, stubby snout with mouthparts made for chewing, the thorax will be elongated and shiny, the wing covers will be dull and the interstices will appear wrinkled.

During the winter, the shothole borer will overwinter in burrows beneath the bark, and this is where they will pupate. Adults will emerge in the spring or early summer, and they will often feed at the base of the leaves or small twigs before they tunnel through the bark and into the tree.

Adult females will bore into trees to create galleries in the sapwood where they can inoculate symbiotic fungi, such as Fusarium euwallaceae, Graphium euwallaceae and Paracremonium pembeum, the first two of which are the sole nutritional sources for the adults and larvae, according to the Journal.

The WSU Comprehensive Tree Fruit Site says that each female will lay about 50 eggs in niches along the walls of the galleries, and as the eggs hatch, the larvae will excavate slender burrows, which are usually at right angles to the maternal gallery, and will occasionally crisscross over one another between the sapwood and bark.

After six to eight weeks, the larvae will be fully grown and will construct a pupal cell at the ends of the burrows. Once they emerge as adults, they will build exit burrows from the pupal cell to the outside, and it’s the multiple exit and entrance holes that give the look of shot holes.

The WSU Comprehensive Tree Fruit Site says in northern states, there are usually two generations a year, and second generation larvae complete development during late winter and early spring as the temperatures rise.

The Fusarium fungus, to the misfortune of the host plant, is moderately pathogenic and will disrupt water and nutrient movement within the vascular system, which the Journal says will cause Fusarium Dieback (FD).

As the beetles begin constructing tunnels in the sapwood, vascular transport vessels are severed, which results in a variety of symptoms including wet staining, white powdery exudate, gumming and/or frass on the outer surface of the bark.

“While there is no visible injury to the bark at this stage of colonization, examination of the cortex and wood under the infested spot bored by the beetle reveals brown discolored necrosis caused by the fungus,” the Journal of Economic Entomology says online.

Currently, the host range for the beetle-fungus includes more than 300 tree species that have been attacked by the beetle, and more than 100 of these species can support the growth of the fungus.

“There are no sustainable control options for polyphagous shothole borer other than maintaining tree vigor and removal of severely infested host material,” the Journal of Economic Entomology says online. “We concluded that emamectin benzoate (EB) alone or combined with propiconazole (P) are acceptable therapeutic and preventative treatments for management of polyphagous shothole borer in California sycamore in southern California.”

Management for the polyphagous shothole borer/Fusarium complex is predominately focused on cultural practices such as removing dead and dying trees, sanitation of infested trees and direct control using contact insecticides, according to the Journal.

Since the beetles are reliant on their symbiotic fungi, the Journal suggests that targeting the beetle’s food source would also potentially serve as a means to reduce the population of this specific beetle. 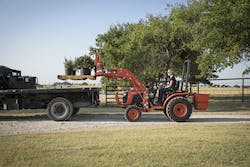 Revamping landscape design with plants for color and texture 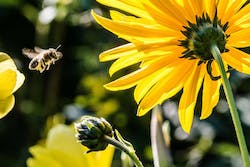 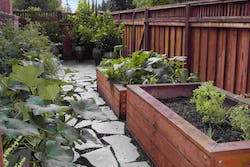