The way customers find landscaping companies has changed over the years and likewise the way they prefer to communicate has also changed.

Even though cell phones have only been around since 1983 and the first text was sent in 1992, as the technology has become easier and more accessible, its usage has drastically increased as well. In 2012, text messaging became the most used form of communication for Americans under 50.

According to Statistic Brain Research Institute, the number of texts sent each day in America has grown by 216 percent since 2010.

So, if clients are most likely to respond to text messages, how can your landscaping company take advantage of this form of communication? Enter Text Request.

What is Text Request?

Launched on Nov. 20, 2014, Text Request was founded by husband and wife entrepreneurs Jamey and Brian Elrod, who wanted to be able to text a business. When they couldn’t find any two-way business texting options available, they partnered with Rob Reagan, a software developer, to create Text Request.

Now, the business is a multi-million-dollar company that works as a customer service tool for thousands of businesses in the U.S. and Canada.

Text Request is an online text messaging software that lets you send and receive texts from your computer or smartphone using your current business phone number.

“Users typically log in to Text Request from their computer, where they can send new texts to individuals or groups,” says Ramey Miller, a marketing assistant with Text Request. “The other way these conversations are started is by customers texting the business directly for sales or service. Our SMS Chat, for instance, lets customers text your business directly from your site to get an estimate or ask a question.”

Landscape contractors can also communicate via the mobile app or use the Text Request Chrome extension, which allows users to text from any webpage.

Text Request is a subscription service with monthly payment plans based on the volume of texts. The Starter package comes with 1,000 texts per month for $49. Any texts sent over the 1,000 cost $0.05. Miller says the average landscaping business does well with the Starter package.

Miller advises companies with multiple locations use the Corporate package.

“You can also upgrade and downgrade plans during the peak and off seasons,” he says. “We don’t limit you by any contracts.”

Each plan comes with an unlimited number of users, contacts and groups as well as unlimited support.

Some of the ways landscapers can utilize Text Request is to schedule appointments, increase inbound leads and send out promotions.

“Throughout the day, you might be trying to contact customers who are also at work or busy with other daily things,” Miller says. “Because of their busy schedules, they probably won’t pick up a phone call, or look at their email in a timely manner. However, 99 percent of texts are read, and 95 percent of texts are read in just three minutes. Landscapers are able to get almost immediate responses through text, which cuts down on conversation time and lost revenue.”

According to Miller, the average response time to a text is 90 seconds, which is 60 times faster than email.

Customers can also reach out to your landscaping company by texting you directly from your website with Text Request’s SMS Chat feature.

“It’s like live chat, but it starts text conversations,” Miller says. “Eighty-nine percent of people would rather text a business than call or email, so they are more likely to contact you. Customers have told us they ‘doubled inbound conversations’ and ‘increased conversions by 30 percent’ since using our SMS Chat.”

Since text messages have a 99 percent open rate, there is a better chance of customers seeing your promotions, rather than getting buried in with other marketing emails.

“People are always on their phones anyway, so it is better to try and reach them there,” Miller says. “When landscapers are sending out promotions, payment reminders, payment links or trying to schedule appointments, they are doing this during business hours. Most people won’t pick up a phone call while at work, and they probably don’t have their work email set up to receive their landscaping emails. But they’ll quickly respond to a text during their workday.”

Additionally, the online dashboard allows employees to share updates, such as when they arrive on a jobsite or if there’s an issue with equipment or another problem. All the messages are permanently recorded with a time stamp so managers can keep track of who said what and when.

Miller says that Text Request is a better alternative to using a personal cell phone for work as it helps separate your work life from your personal life.

“When you use your personal cell phone to communicate with customers, the lines are blurred between work time and personal time,” he says. “Text Request helps keep those lines clear.” 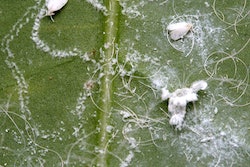 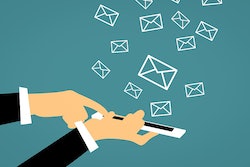 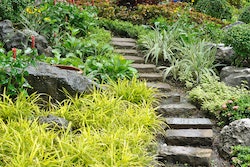 Creative design ideas for landscaping on a slope