Learning to grow out of your self-imposed limits: The law of the root ball

Growing and becoming a leader in your landscaping company can sometimes be challenging, but which of those challenges are being forced on us and which are we imposing on ourselves?

In a webinar hosted by Jeff McManus, creator of the Jeff McManus Leadership Academy and director of landscape services, Ole Miss golf course, and airport operations at the University of Mississippi, the topic of growing beyond your self-imposed limits was posed.

In this discussion, McManus used the analogy of a plant growing in a pot and how the plant’s root ball will only grow as big as the container it’s in, which is similar to people in the work setting.

When considering how the law of the root ball can come into play for you or members of your landscaping company, take a look at what McManus says this concept means for you and what you can do to grow past your self-imposed limits.

The law of the root ball

Who is this for?

According to McManus, the law of the root ball applies to anyone in your landscaping company who needs results from others, any newly promoted leader or anyone in the organization who wants to become a highly effective leader.

“So many times, we think it’s up to someone else to get our results, but really, so much of what we need to get done is up to us,” he says.

When it comes to figuring out leadership strategies, McManus says he consistently refers to the quote, “What got you here will not get you there,” which he says means that techniques that might have worked in the green industry 10 years ago might be obsolete nowadays.

McManus says with the baby boomers retiring and the newer generations like millennials and Generation Z making their way into the workforce, how we relate to them, their expectations and the workforce in general are constantly changing.

Because of this, McManus says current green industry professionals need to be constantly growing and getting better to meet these newer generations where they are.

This is where the law of the root ball comes into play. When thinking of the root ball of a plant that’s grown in a container, there’s only so far those roots can grow. While the plant was initially in the pot for the growth season, it needed that kind of structure and stability to make it grow the way it was supposed to, but what about once it’s reached its growing limits within the container?

“Trees are placed in the container or pot for a growth season, but it’s never the intention for the tree to stay in this pot forever,” says McManus. “Over time, these roots grow out to the edge and that’s what we want, but if the plant stays in the container, the roots will continue to grow. But instead of growing outward, those roots turn and grow around the container, and that’s not good for the plant.”

If the plant is left in the container, it results in stunted growth, an unhealthy plant and the plant is never able to reach its full potential. When asked how this analogy applies to landscapers, McManus says that people tend to get “real comfortable in the pot (environment) we’re in, but then we outgrow the pot but leave the pot on.”

McManus says when this occurs, employees can then feel that they are undeserving of a promotion, they can become weak-willed, feel worthless, feel incompetent, feel like they are a failure to their company and become fearful to venture out of the safety of the “pot” they are planted in.

McManus says the next step to getting out of your container is to scarify your root ball and move beyond your self-limiting thoughts.

“You and I both know that sometimes, this is painful,” he says. “Sometimes, this forces us to look at different ways to get the results we need.”

McManus says that the green industry, especially, is truly on the brink of changing because of the introduction of robotics in the recent years. The days of people using traditional lawn mowers, he says, is almost a thing of the past and he says it will only get more advanced and more helpful in the coming years.

“We need to look at our mindset and say what can I do now to take those limits off so I’m ready?” he says. “We have to ask how we can maximize the root ball and how can we change?”

McManus says it starts with asking how can we change, and the best way to start change is to focus on the little things. One major way McManus says you can make change happen is to focus on the positives instead of immediately turning to negative thoughts. Instead of having a negative mindset when unexpected things happen, he says that actively working to have a positive outlook can make problems easier to solve.

Along with changing your thinking, he adds that it’s also important to change your actions and have a pro-active mindset. Instead of taking on new employees just because you need warm bodies, he says to take extra time to find employees that will be dedicated to the work and will enjoy what they do, even if there are fewer that are hired.

“People are out there, but we have to change how we go out and recruit them,” he says. “A lot of people will say ‘I don’t want to do it that way because it’s harder.’ Sure, it is. But that means we’re staying root-bound. We just keep making the excuses.”

McManus says when it comes to changing your actions to break out of the container mentality, you need to:

“Don’t take the victim mentality and tell me all the reasons why you can’t,” he says. “If you’re good enough, they’ll figure out a way to move you up, but be good enough. When we get out of the root ball mentality of getting root-bound, we start improving our skills. You’re taking the initiative.”

McManus says that once you’re able to break out of the self-limiting mentality, the benefits you’ll be able to see can be improved skills, overcoming shyness, dreaming of bigger goals, more opportunities being offered to you, the ability to enjoy life more, better solutions to problems and more ideas to offer, less likelihood of being depressed about your job and the potential to become a better role model in your landscaping company, especially to the up and coming generations. 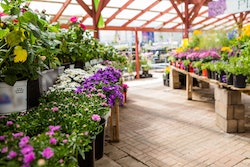 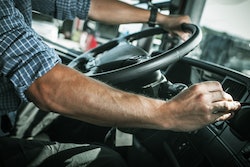 Diving in: The importance of CDLs, GVW and loading penalties 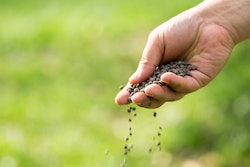 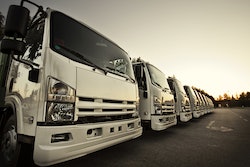