Knowing the proper lighting requirements for the American flag

It’s Memorial Day and like any other patriotic holiday, your customers will be inclined to fly their American flag.

But what they may not be aware of is the Flag Code and its rules for civilians who wish to display Old Glory on their property.

One of the rules listed in the code says, “It is the universal custom to display the flag only from sunrise to sunset on buildings and on stationary flagstaffs in the open. However, when a patriotic effect is desired, the flag may be displayed twenty-four hours a day if properly illuminated during the hours of darkness.”

“To me, you need to have either a well light or a raised spotlight at the base of the flag and need have at least two fixtures to allow for the flag to wave on either side,” says Jerry McKay, owner of McKay Landscape Lighting, based in Omaha, Nebraska.

McKay advises determining the height of the flagpole as well as the spread of the flag to ensure it is properly lit. Discuss with your client how much light they want on the flag. If it is the only thing being lit in the landscape, customers tend to want it to pop, but if there are other elements lit throughout the property, it’s important to light it so it doesn’t overpower the rest of the space.

McKay says that one of his lighting jobs started after two police officers stopped at a home and let a client know that their American flag needed to be illuminated at night.

“It scared this customer enough for them to call us and then they wanted more lighting,” McKay says. “If I had to guess, I’d say half of the people know about it and half of the people don’t, and since it’s generally not enforced, it might be less than that.”

McKay believes that the responsibility of informing customers about this requirement should fall on whoever installed the flag, but it doesn’t hurt to spread the word to any customers who are unaware of this rule.

“If we’re on a job that has a flag that doesn’t have a light on it, we usually tell the person, ask them if they know that if that flag flies overnight that it is a national law to have light on it,” he says. “We’ll tell them that but we don’t go out of our way to find people and tell them that. I think it would do the customer a favor by letting them know that.”

As for other ways customers can incorporate patriotic lighting into their landscape, there is also the opportunity to take advantage of the color-changing technology that is now readily available.

“You can buy LED bulbs that have color on them, so you could go out there and let’s say you have 10 lights on your house, you could do red, white and blue or anything like that,” McKay says. “You could change the bulbs in fixtures or you could do the color-changing technology on an app.” 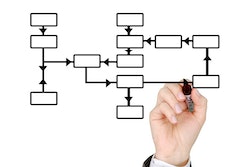 How to structure your landscaping company for maximum productivity 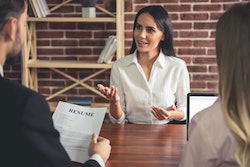 In the know: The difference between applying internally and externally 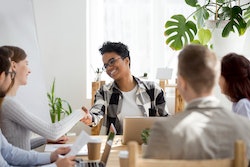 How onboarding can help with landscape worker retention 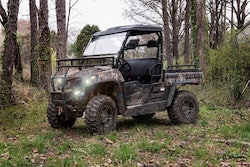