At some point in your journey as a landscape company owner, you’ve probably hired contracted workers to perform certain projects or tasks.

Paying contracted workers for their service is very cut and dry, but when it comes time to start filing your company’s taxes, it’s important to make sure you are properly classifying these individuals as contractors and not as employees of your company.

Now more than ever, the Internal Revenue Service (IRS) and the U.S. Department of Labor (DOL) are cracking down on employers who pay workers without remitting and withholding the proper employer payroll taxes. So, how do you determine if an individual is classified as an independent contractor or an employee?

Take a look at the steps green industry experts recommend taking to properly classify these individuals and avoid costly repercussions with the IRS and DOL.

According to Tome Nrecaj, business systems manager for Bellantoni Landscape in White Plains, New York, the classification process for both employees and independent contractors is simple.

“Usually when employees are hired, they either are hired on a salaried basis or at hourly rates,” Nrecaj says. “For contractors, it’s really different. They’re not covered by employment and labor laws. Other than them performing the job as they are supposed to perform it on our standards, we don’t deal with any of their business procedures and if they pay their employees or not.”

Overall, Nrecaj says it comes down to the fact that your actual employees are covered by both federal and state employment labor laws and independent contractors are not. Employers must have contractors complete a W-9 form when hired under an independent contractor arrangement. This form will be used to request the correct name and Tax Identification Number of a worker, and the employee must retain this W-9 for at least four years.

If a contractor is paid $600 or more for services during the year, you must complete and file a 1099-MISC, as well as provide a copy of that form to the contractor the year following payment.

According to Nrecaj, there should always be a clear understanding of whether or not a person is an employee or contracted worked as soon as he/she arrives on site.

“When an employee walks in our door, they are very well aware they are an employee,” Nrecaj says. “Once everyone is in agreement on the salary or hourly rate, we sign this form, which is called the LS45, and that form clearly clarifies that you are an employee, you agree on those and by law you have to have them signed on an annual basis by all employees and give them a copy. This way they know they are an employee.”

When looking at employees, federal income tax, Social Security and Medicare taxes will also be withheld from employee wages. Employees must also report and pay their employer a portion of Social Security, Medicare and Federal Unemployment Tax, along with other withholdings and state tax.

To put it simply, if you as the employer have the right to only control or direct the result of the work provided and have no say in what will be done or how it will be done, that individual would be classified as an independent contractor.

For those unsure of what their classification would be, Nrecaj says they can find out without having to inquire with the employer. If the individual feels that he/she is misclassified, he/she can file a complaint with the DOL, and the DOL and IRS will follow up with the company to check the classification.

Regardless of whether the misclassification was done unintentionally or fraudulently, there will be consequences, which could include up to a year in jail time along with a $1,000 fee.

Nrecaj says that if the IRS suspects there is purposeful fraud committed, the fines will skyrocket, and the employee could be subjected to penalties that include up to 20 percent of wages, plus 100 percent of FICA taxes, plus regular taxes that will still need to be paid.

If the misclassification was done unintentionally, Nrecaj says the penalties could be around only 1 ½ percent of wages, $50 per W-2, 40 percent on FICA and regular taxes that still need to be paid.

Nrecaj says an IRS audit could come at any time to anyone, so it’s best to always file honestly and accurately to avoid costly issues.

“The IRS can audit anybody randomly, and they can audit anyone they want,” Nrecaj says. “Usually, people in higher tax brackets tend to be audited more than everybody else, and also people who have been reporting taxes year after year and suddenly they stop filing. They also tend to select tax payers with suspicious activity.”

Nrecaj says a few red flags that could trigger an audit are making math errors, using neat, rounded numbers instead of actual dollars and cents, overestimating with charitable donations and, for those who are self-employed, reporting too many losses.

“You put your expense, but you have to make sure you are really putting all the purchases that are ordinary with the job and that are necessary to your line of work,” Nrecaj says.

Other red flags include claiming home office deductions. This, Nrecaj says, can become a gray area because many people nowadays work from home, but this doesn’t necessarily qualify them to take that deduction. Unless the business is registered to your home and you use a particular room to do business in, Nrecaj says it isn’t justified to report.

“It’s simple: don’t report something that doesn’t make sense,” he says. “You don’t want to try to cheat the system because if you do, you get caught. You want to be as fair as you possibly can.” 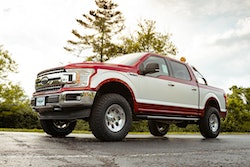 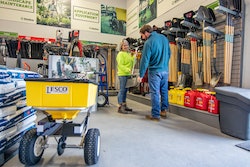 The benefits of strengthening relationships with landscape suppliers 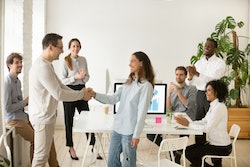 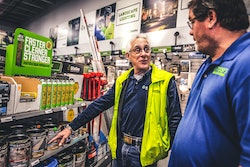 How to find and partner with reliable landscape suppliers