The importance of speaking Spanish

A number of landscaping companies hire H-2B workers to supplement their workforce, but even if you don’t participate in the visa program, you’ve probably hired Hispanic employees at one point or another who may have had a limited vocabulary in English or not understood English at all.

According to the National Hispanic Landscape Alliance (NHLA), more than a half-million of U.S. Hispanic families depend on the landscape industry for their livelihood.

Communication is key in any business and with many non-English speaking workers in the industry, it is doubly important to ensure your message is conveyed properly.

“It’s very hard to just use hand signals to say you want an area six inches higher and graded,” says Jan Johnsen, co-principal and owner of Johnsen Landscapes & Pools based in Westchester County, New York. “All the finer points of the job can be hard to communicate.”

Johnsen says she isn’t fluent in Spanish, but she knows what is called landscape Spanish.

Ralph Egües, executive director of NHLA, compares when poor communication happens between English-speakers and Spanish-speakers to a game of Telephone where the message is garbled by the end.

“We should understand that about 61 percent of Hispanics in the landscape industry are not fluent in English,” Egües says. “That’s a very high number and it doesn’t mean that they may not know a few words in English. But that means that they’re going, at best, to be very challenged to contextualize information that leadership is going to want to communicate. I think it’s important for leadership and ownership to figure out how we are going to communicate so that we minimize errors and associated costs.”

Not only does working to overcome the language barrier improve the end results on jobsites, it also greatly boosts morale.

“They really appreciate it when the owner or an ops manager or branch manager or someone else in leadership that’s not a native Spanish speaker makes the effort to say a few words in Spanish that may not necessarily be passing along work instructions but expressing interest in the individual,” Egües.

Egües says at the end of the day, communication is not just about the practical, but it is also how we connect with one another.

Bridging the gap can seem intimidating but even taking small steps can make a tremendous impact on improving communication and the culture within your company.

“The fact is that if we hire people with limited English skills, we’ve got to meet them where they are,” Egües says. “It benefits the employer to have that employee as absolutely well-informed about the work that they’re being asked to do as possible.”

The first and most obvious step to improve communication is to learn basic Spanish.

“It’s not about becoming fluent,” Egües says. “It’s about those few words that let people know that you care.”

Egües says simple phrases like ‘hello,’ ‘how are you?’ and ‘how’s your family?’ can all signal to your non-English speaking employees that you do care about them.

The second step is to hire bilingual workers who can help translate tasks between English- and Spanish-speaking employees. Hiring a bilingual translator is an option, but Egües advises considering what else that person will do within the company.

“Because it’s not just language, it’s also understanding the work,” he says. “Sometimes the translation can be very difficult. So, even if you bring somebody on board who speaks Spanish but is not familiar with the industry, is not familiar with the terms that we use, the chances that they’re going to effectively translate and communicate what a crew needs to know varies.”

Having bilingual employees shouldn’t be an excuse not to learn Spanish for yourself.

“I can’t imagine not being able to speak to the people I spend many hours a day with,” Johnsen says. “Even though my Spanish probably sounds crazy at least I can communicate, so I would say yes, everyone should at least try to get a basic skill set in the other language.”

For companies that don’t have any bilingual employees, even Google Translate can help in a pinch. Egües says sometimes you simply have to use what you can, and any effort is better than no effort to improve communication.

If the message isn’t translating to what you meant, Egües suggests rephrasing what you are trying to say and testing it through Google Translate until it hits the mark.

Another issue that comes with translation is the vocabulary of the industry, as there’s a whole host of terms that simply do not exist in Spanish. One example is zero-turn, which in Spanish means it doesn’t turn.

While language does play a huge part in communication, Egües says there are many other ways we communicate as well. One way he advises reinforcing messages is by providing writing or illustrations.

“Illustrations and symbols create a common understanding,” he says.

Check back tomorrow for part two, where we’ll look at some of the other ways to communicate with non-English speakers, some of the cultural differences to be aware of and ways to implement language learning programs. 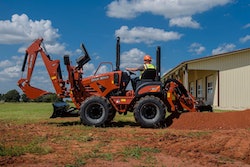 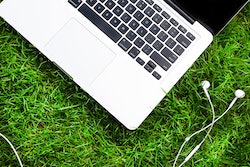 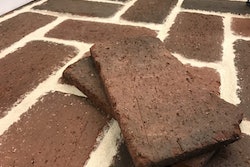 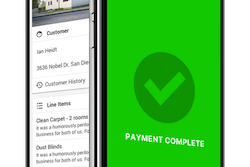