Quality over quantity: Standing out from the competition

The Greathouse Company in Nashville, Tennessee, has certainly seen its share of ups and downs as a business, but through it all, they’ve managed to maintain and grow their company family.

Two ways they’ve successfully been able to accomplish this, according to Nick Cooper, business development manager, are by focusing on quality over quantity, and by striving to maintain a communication-heavy approach with customers.

“Internally, a lot of companies communicate well because you’re sitting next to each other in an office or riding in the truck with one another, but when you get down to is the customer well-informed, they don’t know what’s going on,” says Cooper.

Another way Greathouse stands out from its competition is in its bidding process for jobs.

While sometimes it seems like landscaping companies are a dime a dozen in the Nashville area, Cooper says it was that very idea that helped push Greathouse to really distinguish itself among the competition.

“We qualify customers probably a little more than others do,” says Cooper. “We have a very specific program, which if you don’t meet these kinds of specifications, you don’t get to be in.”

Cooper says when bidding for jobs, Greathouse doesn’t use the “shotgun approach” but instead are “laser-focused.” One very unique way they stand out from the crowd of landscaping companies is in their contracts, as they only offer 36-month agreements.

This, Cooper says, is because they want customers to truly understand the value of the service. Cooper says they also try to avoid submitting bids and proposals via email, as they prefer face-to-face interaction with their potential customers.

“Our goal is to get in front of them as many times as we can so we can create that relationship if there’s not already one there,” says Cooper. “We might have two meetings on-site before we do the proposal. At the proposal, we’ll sit down and go through it all line by line, answer questions, clarify information, etc.”

Cooper also adds that Greathouse’s cycle is longer than those of other companies as well. He says where one company might price a property in two days, he will take two weeks.

Like every other landscaping company in the country, the nationwide labor shortage has certainly proven problematic for Greathouse at times.

“Labor really is our biggest barrier in growth, and that’s why we really do want to be selective in what we take on,” says Will Greathouse, president. “We don’t just want to get as big as we can and then not find the people. We know how hard it is to find good people, so we’re not just trying to blow up. We want to grow slow and smart and get the numbers we want at the prices we want.”

While the program has proved a viable option for other landscapers, Will and his father Lee, CEO, agree that they have no interest in participating in the H-2B program due to the upfront and overall expenses associated with the program, as well as the uncertainty of not being guaranteed the necessary labor.

While it’s important to focus on the potential employees right in front of you, it’s also vital that landscaping companies look to the future of the green industry by getting students interested in landscaping.

With this in mind, Cooper says Greathouse has gotten into college recruiting by being involved in the National Collegiate Landscape Competition (NCLC). Cooper says it’s true that they are always looking for labor, but they also want to focus on bringing in new people on the management side.

“We know we have to look at things differently,” says Will. “The landscape is changing. We don’t necessarily have a perfect solution yet, but we’re talking about it and trying to figure it out. There’s definitely changes coming down, and we’re having to change the way we hire and who we go after.”

Will notes that going to speak at or participate in career fairs at vocational schools and colleges and participating in the National Association of Landscape Professional’s (NALP) apprenticeship program could also be viable ways to break into that younger market.

Where is the industry heading?

Even with the labor shortage taking its toll on the green industry, Will still believes that the industry as a whole is continuing to grow.

Many experts agree that outdoor hardscapes and outdoor living spaces are the way of the future, and Will says because of this, they are trying to learn all they can and perfect their ability to install and offer these types of amenities.

Lee adds that the expectation and valuation of these outdoor spaces have also changed tremendously since he first began in the industry, as they used to be seen only as luxury and now are more of a necessity.

Much like a rousing game of Monopoly, there have been numerous small, family-owned companies across the nation that have been acquired by larger corporations as of late. When asked if he feared this would one day have to be an option for Greathouse, Will’s answer was that he didn’t believe that would be in the cards for them.

“I think we can provide a different level of service still, even with larger companies coming in,” says Will. “And that’s where we try to differentiate. You’re always worried about the big guy coming in and buying everything up, but I think we just need to be smart with what we go after and what we know we can get.”

Once they move to their new location, one main company focus, Will says, will be to maintain that close, family-like culture even though they will be growing in size.

The overall goal, according to Will, is to always make sure that no matter how much Greathouse grows that it does not outgrow who they are at their core.

Click here to read part one and part two. 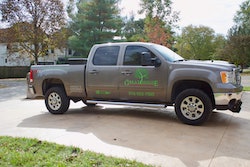 Growing and thriving: The secret sauce for culture-based success 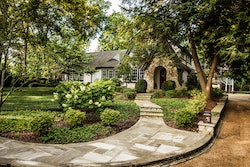