Takeuchi-US has launched the TB257FR compact hydraulic excavator. The company says the TB257FR features a side-to-side offset boom combined with a tight tail swing enabling it to rotate fully. Takeuchi says this makes it ideal for working in a variety of confined jobsites including road and bridge work, city streets and in between buildings.

Takeuchi says the side-to-side boom feature enables the TB257FR to dig offset to the right or left side without needing to reposition the machine. To enhance stability, the company says this feature allows more of the counterweight to remain in line with the center of the machine.

The company says another advantage of this system is the boom’s ability to be stowed over the center, which allows the TB257FR to perform a full rotation just outside the width of the track.

Takeuchi says an available cab for the TB257FR provides an automotive styled interior equipped with A/C, heat, defrost, windshield wiper and washer, skylight with sunshade, AM/FM/MP3 Bluetooth radio and a high back suspension seat with headrest. The company adds that the cabin of the TB257FR is designed specifically to minimize fatigue and keep the operator comfortable throughout the workday.

“Takeuchi is excited to offer our customers the TB257FR excavator,” says Keith Kramlich, national product and training manager. “Takeuchi’s commitment to our tradition of innovation and advancing technology is showcased in this machine. The patented side-to-side offset boom allows for greater working versatility, and the low center of gravity and optimized counterweight placement creates an extremely stable platform with lifting capabilities similar to that of a conventional machine.”

The company says the Hydra-Screed HS3000 is a two-operator machine that has the weight and strength to move more than 6 inches of concrete along the pour while allowing operators to remain in a standing position. Eliminating much of the labor required to screed and shape concrete, the company says the HS3000 allows contractors to do flatwork, flumes and more in half the time of alternative methods while allowing a continuous pour approach.

The company says the Hydra-Screed system is customizable to different job specifications, accommodating any pour width from 3-30 feet of 6-inch OD 10-gauge pipe or a custom-designed drum for concrete shaping. The company says the hydraulic power of the Hydra-Screed enhances versatility over gas or electric machines, providing added power and the capacity and consistency to operate larger drums for shaped pours.

Because of its size capabilities, the company says the Hydra-Screed provides an ideal solution for large applications such as parking lots or streets.

Unlike a vibrating screed, the company says the HS3000 offers an effective method for pervious paving and low slump concrete, as well as slope paving, and the absence of a vibration source eliminates concrete slumping down the slope and ensures more aggregate stays near the top.

Curb Roller Manufacturing says its optional Hydra-Pack offers a portable power source for the Hydra-Screed. If a contractor prefers to power the screed with on-site ancillary equipment, the company says the Hydra-Screed comes standard with all of the necessary accessories to utilize hydraulic power from common jobsite equipment such as skid loaders and mini excavators.

The company says the hydraulic hoses of the Hydra-Screed are enclosed in a nylon casing, which provides convenience and added safety from potential hydraulic leaks.

Designed with the operator in mind, the company says the Hydra-Screed HS3000 has many features that make operation comfortable and efficient. Curb Roller Manufacturing says it’s intuitive to operate, with a pivoting, adjustable handle and two-way variable speed control.

The company says competitive models feature a simple on/off switch, which doesn’t provide the level of control that’s necessary for concrete work. Since moisture and slump levels vary between truckloads, the company says variable speed flexibility allows the spin speed to be adjusted on the fly to accommodate the changing material conditions, and operators can move a single pin, allowing for easy direction change. With removable drive ends, the company says crews can quickly change out different lengths of pipe.

Toro says the Power TRX HD units feature a hydrostatic-powered transmission for self-propelled operation, and the track drive grips the surface for stability and traction on tough terrain and slopes.

Toro says its Infinitely Variable Speed gives the operator total control over the machine’s speed and makes it a breeze to change speeds on the go.

“Users with slopes or steep terrain and heavy snow areas can clear large spaces in a short time with the Power TRX HD series, which is also powered by a self-propelled hydrostatic transmission,” says Christina Howell, marketing manager at Toro.

Driven by Toro’s 420cc premium 4-cycle OHV engine, the company says both models have the power and capacity needed to clear snow more than 20” deep, hurling snow over 60 feet depending on conditions. The company says the one-push electric start lets the operator get right to work, and the power steering ensures smooth, tight turns. Toro adds that built-in hand warmers and LED headlights help ease the job in cold, dark conditions.

“The patented anti-clogging system also assures quick work in tough conditions,” says Howell. “It minimizes clogging and routes heavy snow away from the chute and back into the auger.”

With all-steel construction and commercial-grade quality, Toro says both Power TRX HD models are built for years of dependable service and reduced maintenance.

Steel Green Manufacturing announced that it has purchased the rights to manufacture the Z-Plow, and will be producing a snowplow attachment to transform its zero-turn spreader/sprayer into a powerful sidewalk snow-removing machine with up to 350 pounds of salt-spreading capacity.

The company says the Z-Plow was created by Eric Smith in Caledonia, Michigan, in 2012 and has been field-tested for nearly eight years. Smith will remain involved with the product as a business consultant with Steel Green Manufacturing.

“Many spreader/sprayers sit unused all winter long,” says Matt Smith, sales manager at Steel Green Manufacturing. “The SG Snowplow allows lawn care operators to maximize their equipment investment and earn revenue during the off season. When the snow season is over, uninstalling the plow is simple, and applicators can get back to fertilizing in minutes.”

The company says the SG Snowplow is made with all stainless-steel construction and resists corrosion from salt and liquid deicer. Steel Green says it features a poly plow blade, which is lighter and stronger than comparable steel plows.

Steel Green says the SG Snowplow is compatible with Steel Green Manufacturing models SG46 and SG52, and the SG52 provides 60 gallons of liquid capacity and holds up to seven bags of granular salt.

The company says it will also be selling an attachment kit for the SG Snowplow that is compatible with 2015 and newer Z Spray Mid (Intermediate) or Z Spray Max.

The company says the SG Snowplow will be available this fall, and it comes with the plow, winter tires assembly, LED lights and attachment kit for a cost of $3,995.

The company says the attachment kit includes hydraulics, hoses, brackets and fittings, and will be compatible with other attachments available from Steel Green Manufacturing in the future. 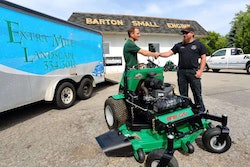 How to: Supplementing your equipment to generate new customer opportunities 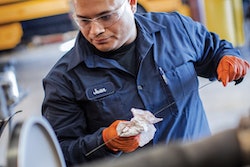 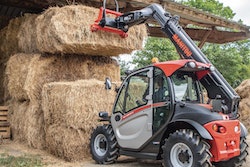 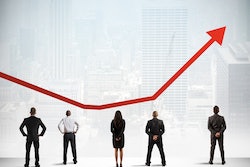