The ripple effect: Bringing positivity and growth into 2021

Despite the uphill battle last year proved to be for most businesses, many green industry professionals emerged from 2020 with positive growth results and the drive to do even better in the new year.

Take a look at how these landscaping companies are handling the ups and downs of employee morale, as well as how they plan to forge ahead into the possibilities of 2021.

Even though companies have been able to keep up with each other virtually, Emily Lenhart Scales, acquisition specialist with Canopy Lawn Care, Inc. in Cary, North Carolina, says not having each other to work with physically has been the biggest adjustment for their team.

Ultimately, she says it’s been difficult to adjust to being by themselves but together at the same time, but their teams have settled into it and have learned what is necessary for them to function properly.

“I do think that we’ve become really a much closer team,” says Scales. “We’ve been able to lean on each other a lot more, so it’s kind of funny how these negative situations work in mysterious ways. But it has improved the morale and the camaraderie between all of the employees, including field and office staff. It just goes to show that when you have the right people in place, you can survive it together.”

Scales says they are still offering one-time free services and discounted continued service for medical professionals. Now that customers have gained a sense of stability back, she says they haven’t received as many calls requesting these particular services.

“We were really shaky there for a minute when this all started, and everyone was really in a panic,” says Scales. “So, those types of things were heavy on people’s minds, and they got it while it was hot. Then things cooled off and everyone sort of stabilized or realized that this was sort of a new normal for a temporary time.”

Thomas O’Halloran, president of T-C-O Landscapes in Eau Claire, Wisconsin, notes that keeping up company morale can prove challenging in normal times, and when you add in a pandemic, it gets much harder.

Thankfully, O’Halloran says as they progressed, his crews grew closer and were able to develop a deeper sense of trust in each other. Overall, his teams have remained healthy with the exception of one employee, who came down with the virus in September.

“That instance was really a wakeup call that this could really happen to anybody,” says O’Halloran. “We all just have to do our due diligence and put the mask on because my tune has changed quite a bit over the year. Now seeing what this did to my foreman, who is my age, I have no problem putting a mask on. It’s just what I feel is necessary at this point.”

Looking back on how they handled the situation, Scales says they have no regrets about the actions they took and the policies they implemented. She adds that she believes they were very responsible on the front end because that is “who they are and what their company stands for.”

“We’re very much a community and people-oriented company, so for us, it was pretty simple,” says Scales. “This is going on in the world, and we need to react accordingly and as proactively as possible. And we did everything that we needed to do. I think that it really has served us well because we have actually seen really decent retention this year with customers we had before and have sold since the pandemic.”

O’Halloran agrees that they handled the situation in the best way possible. Before landscapers were deemed essential, O’Halloran says he and many other landscapers began lobbying with the National Association of Landscape Professionals (NALP) to help overturn that ruling. He notes they were only shut down about a week before they were able to get back to work.

O’Halloran says no one could have foreseen what 2020 would bring, which is why he stresses the importance of having your billing systems appropriately set up for such an occurrence.

For T-C-O, 50 percent of billing is set up as seasonal and is billed flat level monthly, while the other 50 percent is billed per occurrence.

At the start of the pandemic, O’Halloran says he knew they would suffer some financial loss, but having that 50 percent on the maintenance side that was guaranteed ensured they had funds coming in every month.

“It helps if you can structure your billing appropriately in case something like this or another disaster happens, then at least you’ll have something coming in to help you move forward,” says O’Halloran.

O’Halloran says they reached a healthy point of revenue in 2020 and he’s excited to see where that takes them this year. He says the main thing they are keeping in mind is how they can double their baseline and work toward gradual expansion.

“We want to grow at the appropriate pace,” he says. “Each year has been better than the previous, and I feel confident that T-C-O can keep that trajectory going forward.”

While she says it may sound cliché, Scales says the biggest lesson they took from 2020 was to expect the unexpected and roll with the punches.

At the start of the year, Scales says they were ready for a huge fiscal year but were ultimately blown away by what actually occurred. On a positive note, Scales says going through the pandemic as a team allowed them to learn lessons about their marketing and sales strategies that they might not have seen otherwise, and it also gave them the chance to set up some automated strategies.

In 2021, Scales says she’s looking forward to the increased consumer confidence and increased communication on their end. With those two things increasing, Scales says she believes it will, in turn, increase the sales they have and the number of people they can impact.

“What I’m most excited about for 2021 is having this sort of rippling effect and bringing a little bit of color into what we could call an unexpected situation,” says Scales. 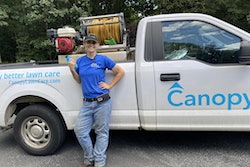 The perfect storm: Coming out on the other side of 2020 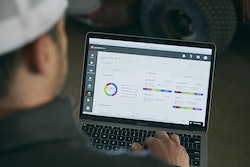 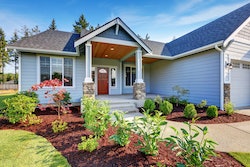 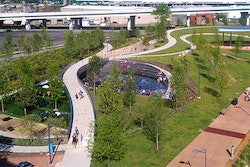