Add pizzazz to your hardscape designs with paver patterns

With so many landscape professionals adding hardscaping to their portfolios, it’s important for you to strike out on a path less taken and explore the world of paving patterns, rather than opting for the safe and often mundane, straight path.

As the demand for outdoor living space continues to remain solid, offering a variety of pattern choices to your clients will distinguish your work from your competitors and elevate your craft.

Choosing the right design depends on the client’s tastes, goals for the area and skill level of the contractor. With your client’s input, it is important to pick the right color and type of paving material. This will depend heavily on your client’s taste, as well as his or her budget.

We talked to experts in the industry to learn about some of the most popular paving patterns, where they work best and the level of expertise required to do it right.

In general, this is one of the simplest patterns to lay because it requires the fewest cuts, especially if laid in a linear application. Patterns alternate between vertical and horizontal pairings. It’s often favored by clients looking for a vintage style.

This pattern is often used in large driveways, patios or where it can compliment a central focal point such as a fire pit or fountain. Pavers are set in rows in a circular form. The circular pattern can compliment other patterns such as herringbone, but it is not often used with pavers since the number of cuts required can make installation a challenge. It’s probably the hardest pattern to lay, since you are not working with right angles, and you have different shapes and sizes.

It’s best to start in the middle of the design and work outward, says Ben Fotusky, owner of Greater Scapes Landscape and Lawncare in Weaverville, North Carolina. “The smaller the radius, the greater the angle of the paver. So as you work outward, the shape of the stone changes. Eventually you could get by without cut stones because the gaps would be small enough.”

One of the most widely used patterns for vehicular and pedestrian applications, a herringbone pattern is achieved when pavers are laid going alternative directions creating a “v” shape. Pavers can be laid at 45- or 90-degree angles. It’s also one of the easiest patterns to lay, since you use only one size pattern, and the pattern is simple.

“This pattern disburses force across all of the bricks, which is particularly important in vehicular applications,” says landscape architect Laura J. Schwind, paver field manager for Pine Hall Brick. “By diffusing the energy of a vehicle coming to a stop across the pavement, it prevents the pavement from moving or creeping as can be seen in street applications using a running bond pattern.”

The 45-degree pattern generally is laid tighter and shows the least movement over time as every paver along the edges must be cut. The 90-degree pattern requires less cutting, and some installers will vary spacing to do as few cuts as possible. This tends to make the pavement less tight and more prone to movement, Schwind adds.

“Herringbone is an elegant-looking pattern that can be used for either formal or informal areas: a very versatile pattern,” she says.

This pattern can create a unique installation with one, two or three colors. When three colors are used, it can give a 3D effect, says Walt Steele, VP and chief operating officer at Pine Hall Brick Company. “Spanish bonds can be used to great effect with other patterns as a border element. It has been used in large plaza areas and driveway aprons with equal success,” Steele adds.

However, it can be one of the more challenging patterns to install. “It can be more difficult because you are working with two different sized pavers, and you could lay as many as 15 pavers before the pattern repeats itself,” Fotusky says.

Laying the stone is the same, no matter what pattern you work with. The biggest challenge is calculating how much material you need (pieces per square foot) plus material for the border, if you are using one.

Complicated patterns will have a ratio of rectangle to squares per square foot, Fotusky says. He suggests laying a model of the pattern off to the side for reference. Beginners may also opt to work with a kit, as they become familiar with the techniques.

“I think as designers become more familiar with the materials they are specifying, they become more creative. The larger the space, the greater the opportunity to create something really unique,” Steele says.

Put it all together

• Choose pavers with similar tones for a coordinated effect. Light colors reflect the light and open up an area, whereas dark tones absorb light and make areas appear smaller.

• Pick colors wisely. It’s best to pick colors that compliment the house and don’t compete with it. Also, remember to show your client a physical representation of the material, not just a picture. Let your client see the paver in the sun, shade and wet.

• Break up a concrete installation with pavers. This trick will add interest to the area, yet it’s not as costly as a project comprised completely of pavers. It’s a great alternative for clients with smaller budgets but who want that extra wow factor, says Fotusky.

• When designing an area, consider where the sun hits and how shaded the area will be through the day. Knowing this information helps homeowners to choose styles, patterns and colors that make the area look larger or smaller based on light. 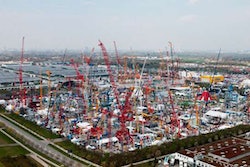 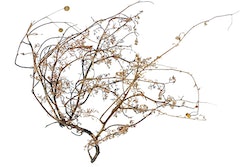 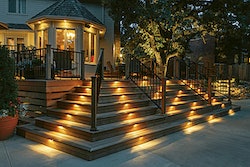 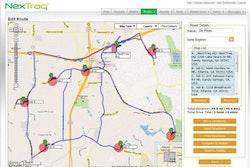