Skydiving: The New Mode of Transportation

Tina Grady Barbaccia
May 14, 2014
With the nation’s congested highways, one woman who works for the Missouri Department of Transportation’s (MoDOT) Southeast District has found another way to get around – by parachute.

Doris Dumey, CAP-OM (pronounced Demi, like Demi Moore), is the executive assistant to the MoDOT District Engineer, Mark Shelton, at the Sikeston, Missouri, District office. After I wrote the blog post, “Women Skydives into Moving Car,” for our The Roadologist blog that later ran in the December 2013 print edition of Better Roads, the MoDOT district engineer showed Dumey the article because she is a skydiver.

Excited to see an article about females skydiving not only in something other than Parachutist magazine but in an industry in which she also works, Dumey wrote in to me. “He [Shelton] brought this to my attention because I am a skydiver,” Dumey writes. “I made my first skydive on Sept. 1, 2001. I thought I just wanted to do it once so I could say that I did it. I was bitten by the skydiving bug and have not stopped since. As of Jan. 1, 2014, I have made 1,101 skydives.”

Dumey wrote to me a couple of months ago, so I’m sure that number has risen. She has earned her A, B, C and D licenses, as well as her Coach, I.A.D. Instructor and PRO Ratings. She shoots video and takes still photos while skydiving with experienced skydivers and tandems. Dumey jumps with the Southeast Missouri Skydiving (SEMO) club, which is based out of Cairo, Illinois.

“I do demonstration jumps carrying flags or flying with smoke canisters at airshows, county fairs, carry the game ball into football games and even jump into family reunions,” Dumey writes. “Although I have not skydived into a moving vehicle, I have dived through hula hoops, gone out of the plane in an inflated raft, put pieces on Mr. Potato Head, passed a tennis ball to other skydivers and played Rock ‘Em Sock ‘Em Robots all while free falling between 110 to 120 mph.”

That’s pretty cool – and one heck of a way to get around!

I have not gone skydiving, yet. However, when I mention that it’s on my bucket list, some friends ask me, “Why would you want to jump out of a perfectly good airplane?”

Although I’m sure I will completely freak out once I am ready to jump, I think it would be amazing to see the world from that perspective. It’s also, of course, about the thrill.

Since having kids, I’m still pretty adventurous, just a bit more cautious. Next time when someone asks me why skydiving is on my list to do, maybe I should answer, “To get around Chicago-area congestion.” I live just west of Chicago, so there’s the congestion on The Eisenhower, The Dan Ryan, The Kennedy and The Stevenson.

When I finally do decide to go skydiving, I’ll know who to call!

For a video of Dumey skydiving out of a R44 helicopter into the 2013 Cape Girardeau (Missouri) Air Festival, click here. 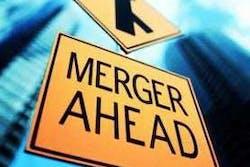 What ValleyCrest-Brickman Merge Means for Landscapers 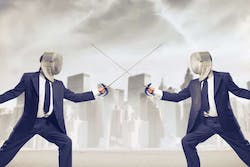 Learn from Your Competitors 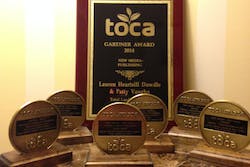 Thanks for Your Support! 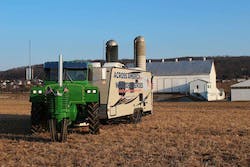 Changing Lives One Mile at a Time